He was long enough a super-sub to know that there's more enjoyment being a starter.

That's where all the glory is. Not to say that, over the course of four, five six seasons in reserve, Cormac Costello went around with a frown on his face but he always knew where he wanted to be. He's starting now and doesn't want to go back.

The queue is long enough behind him so he doesn't need to be told that, to stay here, it will take a fair old effort. A couple of mediocre displays could bring him all the way back to square one so that's why he has the head down. That's why he's determined not to give Dessie Farrell any reason to take that starting jersey away from him.

"You want to be playing," Costello tells us at the launch of the AIG Scratch Cups.

"At the same time, you do realise the competition that's there and you realise how much of a privilege it is to play and put on that blue jersey. There are a lot of lads who aren't in the position to do that, so anything I can do to help the team to get over the line, I'll do.

"But yeah, obviously, it's nice too to be starting games recently and it's on me to put the head down and get the consistency there to nail down a position. Because I know that here will be lads breathing down my neck, looking to get the jersey as well."

It's a great opportunity that he has now and he's eager not to let it slip. It's hard to believe it that, despite winning six of them, Costello is yet to start an All-Ireland senior football final. He was a starter last year though and, having impressed during the League, he was corner forward and kicked 0-2 against Wexford in the Leinster championship opener at the weekend. 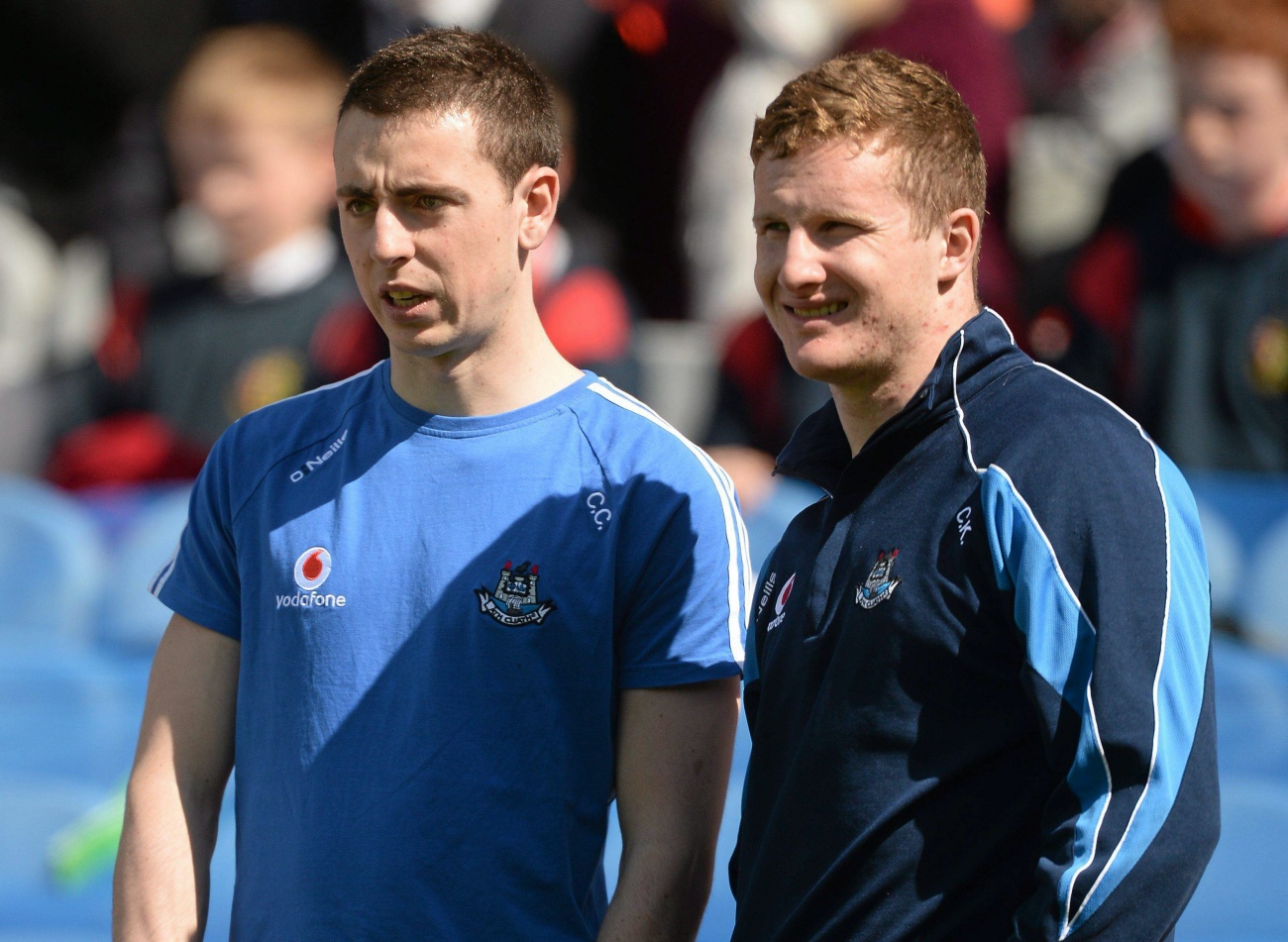 He's hopeful that there's a big season ahead but as he tells us, it could have been so much different. It's when he's talking about his Whitehall-Colmcille club-mate Lee Gannon - a player who, like Costello, also played both hurling and football underage for Dublin - that Costello reminisces about what might have been.

"We all know how great a game hurling is and any opportunity I can to play hurling, I do. Championship usually is at the end of the season, September/October, you get to play a few games and it's great and Lee will play as well. Our club-mate Eoghan O'Donnell as well, is obviously the captain of the Dublin hurlers and Daire Gray is there too.

"So we have a great group of hurlers in our club and growing up, playing the two codes, it's definitely helped us. The hurling is obviously faster, playing on your reactions and it definitely helps as an inside forward, to have your touch in in the hurling, it seems that it compliments the football skills well."

"Like you said, I could never split between the two. I got the opportunity to play with the footballers, got asked in by Jim Gavin with a phone-call. It's something that I still love doing."

He still loves playing with players like James McCarthy - a man who, as captain of the Dublin senior football team - is leading this team in the right direction. The Ballymun man wasn't named to start in Saturday's provincial opener, but he still went up for the toss and still led by example and that's one of the many reasons why Costello has always looked up to him as a player.

"It's the same old James like he has a warrior like spirit. He plays with his heart on his sleeve and he'd do anything for the team to get over the line. He's someone I really look up to as a captain and a player. 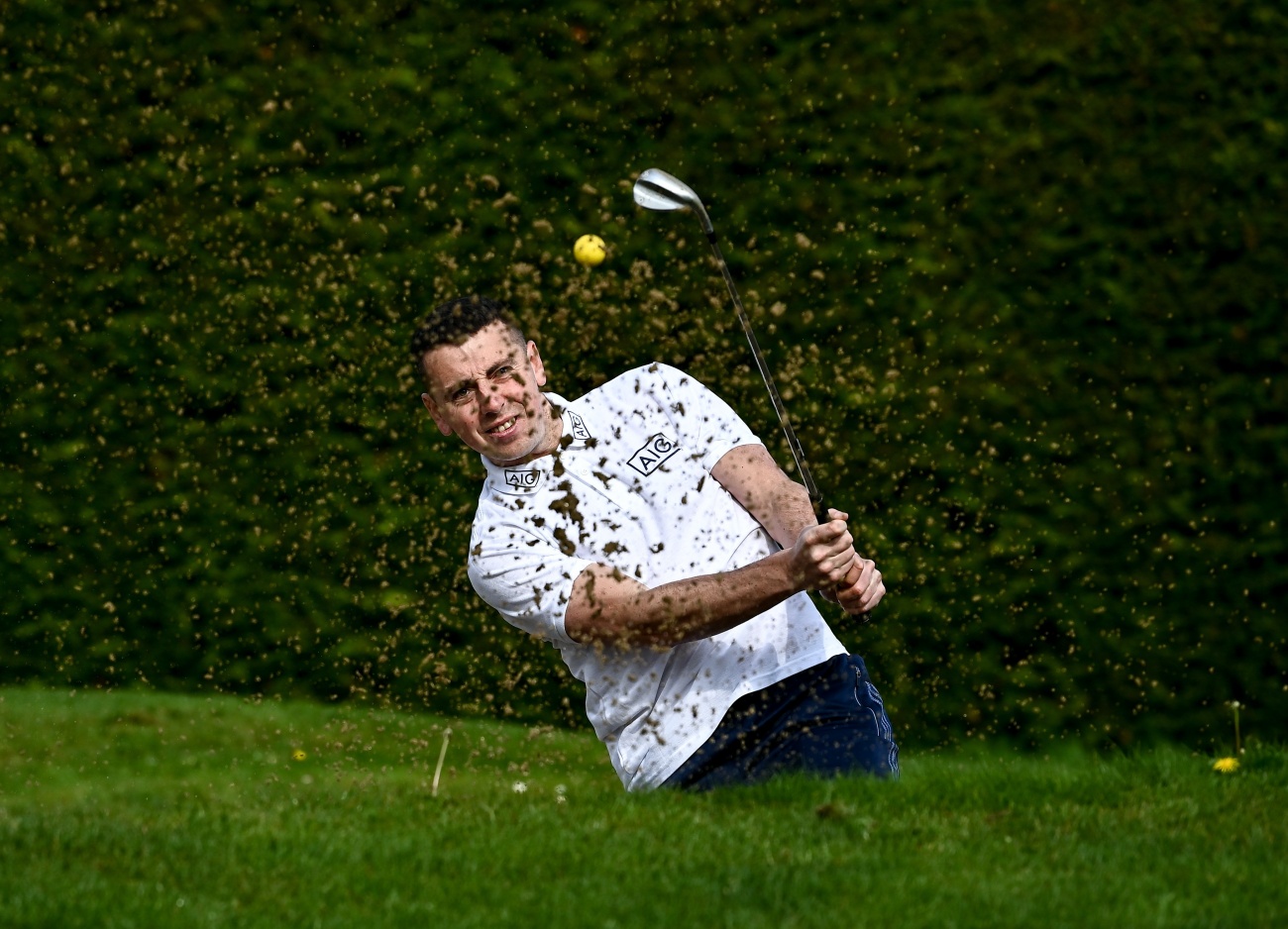 
popular
Eamon McGee just couldn't help himself with Armagh-melee tweet
Robert Finnerty's strut up to the penalty spot was the stuff of legend
Strongest Ireland team to face New Zealand in Test opener, after squad set-back
How Man United would line-up if they land their big summer transfer targets
Conor Gleeson's gesture to heartbroken Ethan Rafferty a tonic after sideline brawl
Andros Townsend claims 'moaning' Jurgen Klopp has 'got his way again'
Ireland include plenty of new faces in team to face Maori All Blacks
You may also like
5 days ago
"All of a sudden he had me midfield with Niall Scully. We played Na Fianna and I was chasing after Eoin Murchan."
6 days ago
"You probably need that to sweat out all the Dunkin Donuts" - Mannion loving life in Boston
3 weeks ago
The GAA community comes together in support of Sean Drummond
1 month ago
Just because they signed an autograph doesn't mean they're not hurting inside
1 month ago
Kilkenny, Dublin and Wexford could all still end up going out of the championship next Saturday
1 month ago
Familiar feeling for the Dubs as Kilkenny rack up a cricket score
Next Page