"He's had a good year, he puts some work into his sport" - All roads lead to Nowlan Park

For Conor Browne, 2019 has been a breakthrough season.

Last year, he was knocking on the door. Come January, he was already on his way to knocking it down.

Ten months on and Browne has a Fitzgibbon Cup medal in his collection, he has the experience of starting an All-Ireland senior hurling final to look back on and the most impressive of all - at the tender age of 23 - he's set to lead his club James Stephens into the Kilkenny senior hurling final as team captain.

Let's rewind to January. It all started with the Fitzgibbon Cup.

The flagship college's hurling competition is an important one in the devlopment of young players and a bit of headway there will have players in the shop window for the county team.

Conor Browne was a man on a mission.

Brian Cody has always used the Fitzgibbon Cup as an important indicator as to whether young players are up for the challenge of senior inter-county and Browne made a big impression with UCC this year. 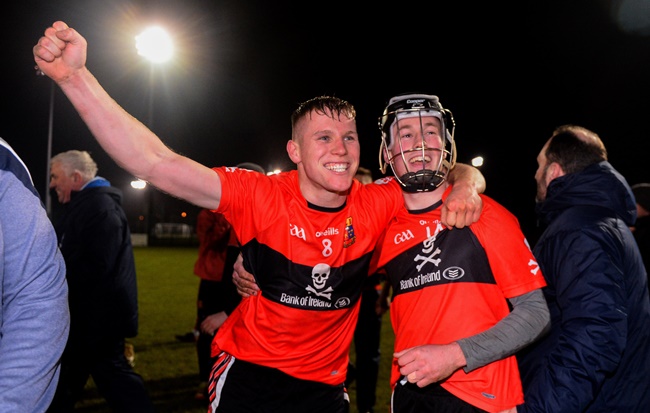 Named as the team's captain from the word go, Browne was a key cog in the engine room as UCC doggedly saw off DCU in the semi-final and then Mary I in the final.

He showed all his pace and power for a goal that killed off Mary I in the early stages of the second half of the final.

And he kept that form up as the summer reached its business stages. Started against Cork in Croker and did really well, and then somehow managed to curb Cian Lynch's influence in the semi-final.

The final didn't go as planned but all in all, it was a tremendous individual season for Browne. The best could be yet to come, however.

Not many would have tipped James Stephen's to win the Kilkenny senior hurling title at the start of the year but Cheddar Plunkett's side have been making quiet progress through the League stages and onto the championship's business end.

Typically, Browne has been at the centre of it all - as the team's captain - and he's chipped in with a couple of points in most games. Sunday is the biggest test of all though with kingpins Ballyhale Shamrocks the opposition.

Browne - son of camogie legend Angela Downey - won't be fazed by it though, and his aunt Ann Downey praised his commitment to his sport during the week.

"He's had a good year, yeah, considering that he had been on the panel for so long and wasn't probably getting any game time, then to get the call-up against Cork, he did a great job against Cork. He has a great engine. He puts some work into his sport and to himself conditioning himself, minding himself, feeding and all the rest," said the former Kilkenny camogie manager.

"It will be a great day at the weekend. I mean they're up against it... Shamrocks are a team that you can only sit back and admire. They're so talented. TJ, you know, when he's not playing against us - it's great to have him in the black and amber. He is magic. I hope he doesn't break their hearts at the weekend. But they're in it, and they have a chance."

For hurling followers, Kilkenny is the place to be this weekend.

First, it's the intermediate final between perennial contenders Tullaroan and the ever-improving Thomastown. The pair met earlier on in the year in the League final and all supporters were treated to a high-scoring thriller that Thomastown edged by a point. Brothers Tommy, Padraig and Shane will be hoping to overturn that result though, and to avenge the hurt of last year's final loss.

All roads lead to Nowlan Park.


popular
"If Murray is playing that first half for England, he's probably Man of the Match"
Jacob Stockdale and Johnny Sexton not spared by English press
'Were they up for it more than us? That's my responsibility' - Andy Farrell
Baz & Andrew's House Of Rugby - Twickenham carnage
Triple Crown wrenched away as England scrape Ireland off their boots
ROG hits the nail on the head assessing Ireland's performance
Tyson Fury reveals what happened when he sparred Anthony Joshua
You may also like
1 month ago
GAA JOE club hurling team of the year
1 month ago
GAA JOE club hurling team of the weekend
1 month ago
Shane Walsh provides one of the all-time great captain speeches as Tullaroan take a thriller
1 month ago
Tullaroan: A hurling identity
1 month ago
Rural clubs the last standing but it's defeatist to say that's what sets them apart
1 month ago
1-32 table of the most competitive hurling championships in Ireland
Next Page