"His heart is with Donegal" - multi-talented Brennan doing Bundoran proud

The Donegal legend was coaching the Bundoran under-12s in the parish hall and an enthusiastic nine-year-old had bopped along with them.

McEniff, the All-Ireland winning manager of 1992 wasn't so sure at first. It wasn't the done thing for the nine-year-olds to be in with the big boys but after a while, those worries faded into the distance.

Brennan was cut from a different cloth.

A slight, skinny chap at the time McEniff hadn't expected someone so young to be so fast and so skilful. He knew that Donegal were onto something special, he knew Bundoran had a good one.

"I remember taking over an under-12 team in the parish hall in Bundoran and a young fella came in called Jamie Brennan," McEniff says. 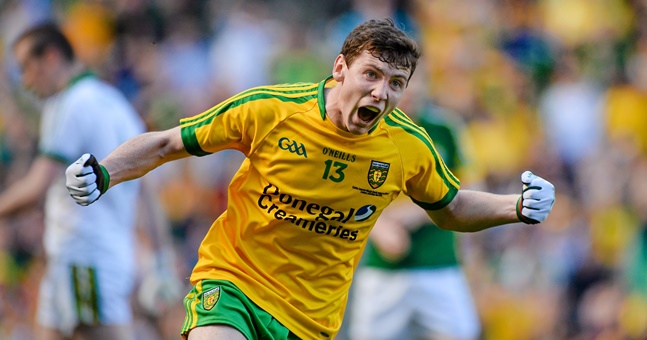 "He was only nine but once you saw him playing football, you knew this lad was a special talent..."

A special talent is right. The Bundoran youngster would go onto excel at various different sports. By the age of 17, he was a dual county minor and a single figure handicap golfer in his local Bundoran course. He hit 1-1 in the All-Ireland minor football final against Kerry and was one of the most promising hurlers in the county.

That's not to mention his exploits with a soccer ball. First with Erne Wanderers where he was a free-scoring centre forward and on through the ranks where a host of League of Ireland clubs including Derry , Finn Harps and Sligo Rovers were all interested.

"Being honest there was no coaching in him at all," said an Erne Wanderers soccer coach.

"Naturally gifted, he was one of the best finishers I've ever coached."

McEniff never had any doubts though that Brennan would side with the football.

"He comes from a great family, he has lovely parents. His mother's a Sligo woman and his father's a good Bundoran man, the both of them, they are very supportive of him..."

"Ah he's multi-talented, his heart's in Donegal though, his hearts in the football..."

"He's been brilliant this year, he's really committed and level-headed so nobody in Bundoran is too surprised at how well he's going..."

Now, after the lethal forward has put both Tyrone and Cavan to the sword, the general consensus is that he's been the footballer of the year so far.

Player of the provincial championships? pic.twitter.com/OyfDme6yuH

Jamie Brennan is only getting started.

popular
The SportsJOE 12 o'clock quiz | Day 146
After a bonkers final frame, a shaken Kyren Wilson makes it to the world final
Leinster star Hugo Keenan has beaten Beauden Barrett's 'Bronco' time
"No doubt he'll say he played shit like he normally does, but I thought it was a good game."
The SportsJOE 12 o'clock quiz | Day 145
QUIZ: Beat the clock to name the Premier League assist kings
300/1 winner makes history at Leopardstown
You may also like
2 months ago
"It was just frustrating seeing parks and public places open in bigger cities"
2 months ago
Easy does it: The art of the trash-talk with Eamon McGee
3 months ago
Buncrana's iron-men driving it on for two great causes
6 months ago
Donegal bond getting stronger and stronger as league hits full swing
8 months ago
Ciaran Thompson's joke of a left peg shows Naomh Conaill can do it every way
8 months ago
"I'd say it was a funny sight in the warm-up, steam rising off our men"
Next Page