"I could be in Wexford, Donegal, Limerick, Kilkenny...I live in Dublin"

Then there's the longest trip of all, the trip back west for training. It's fair to say that Mayo senior footballer Stephen Coen doesn't have a resting moment but a brief chat with the man lets you in on the secret; he doesn't want one.

As despite the exertions of his studying and footballing lives - and both are fairly hectic at this stage - it's clear that the Hollymount Carramore club man has it all under control, you should always ask a busy person.

It's the study that takes him to all corners of this country. An Animal Science graduate in UCD, Coen is studying for a PHD on the Impact of Nutrition in Bovine Reproduction with UCD & Teagasc, based in Grange, Meath but rarely staying there.

Having grown up on a sheep and suckler farm, the study and work is of huge interest to him but even for the most passionate scholar, the roads don't get any shorter and the non-stop driving takes its toll.

"I actually don't mind seeing the countryside but often you're looking at Google Maps and you don't even take any of it in, you're just following it. It's grand, just busy," he says with a laugh at the launch of AIB Future Sparks Festival 2020.

"I'll be two years into it in June. I'm on farms at the minute, just gathering data... At the minute I'm all over the country working with a specific type of animals..."

All over the country, and that's not to mention the training. 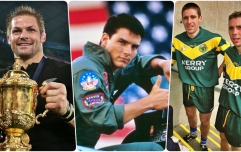 END_OF_DOCUMENT_TOKEN_TO_BE_REPLACED

"I could bring four or five people with me out to a farm to do with work animals. Then I'll say, 'Right lads we've to cut it short today because I've to head training!' And they're ready for a full day's work. But that's part and parcel of it. That's the life we chose."

It's like having two full-time jobs but Coen is lucky that many of the Mayo men are in the same boat as he is, 12 of them living and working up in Dublin and lucky on another count, that James Horan is an understanding and realistic manager.

Often times, the Dublin based Mayo crew train up in Dublin mid-week with the management travelling up to meet them. Other times, they'll be needed at home for a full squad session, but the leeway is appreciated.

"We can still get a good quality session in. One of our coaches is based in Dublin as well, so he trains us. Management come up, and we train on separate nights so they can make both sessions. Ah, we work it well, considering how awkward it is..."

It's far from ideal, the trekking, chasing and constant rushing, but Coen is a committed and productive individual who's always had his priorities in a line. Still just 24, he's just one big win away from one of the greatest collections in the GAA. At 18, he captained Mayo to a minor title and three years later he led the same bunch to an All-Ireland under-21 triumph.

Minor Captain Stephen Coen with the cup on front carriage of train about to cross the border #mayogaa pic.twitter.com/P4yWvgmmHc

In college, his character was instantly recognised and it wasn't long before he had captained UCD to Sigerson Cup glory. That's a special list of achievements and though Mayo look a fair distance away from where they want to go, with Coen's quiet leadership driving them on, they won't be far off.

And quiet leadership is key, according to the man himself.

"Your voice isn't credible until you lead by example and do the work on the field. Whether that's in training or on the pitch. I'd always like to show that I've a good attitude and that gives me more of a chance to speak then..."

"So I think the hard work and the honesty on the pitch is most important. Then it allows you to speak a bit more. So one comes with the other"

Hard work and honesty - both on and off the pitch - there are no secrets, just a good attitude. 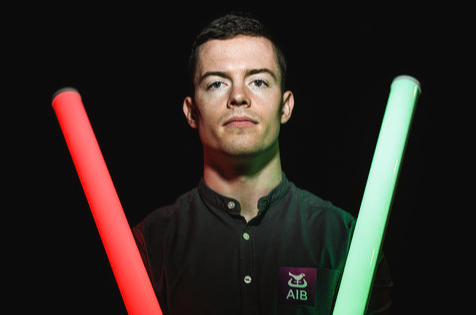 
popular
James Haskell on text exchange with Peter O'Mahony after Ireland's victory over Scotland
Can you name every English football club that begins with 'W'?
The SportsJOE 12 o'clock quiz | Day 105
"The academy boys have turned into small monsters over the past few weeks" - Peter O'Mahony
"He just walked out the door without saying goodbye or anything. It was just so Axel. It was so perfect."
The SportsJOE 12 o'clock quiz | Day 103
Peter O'Mahony on the Paul O'Connell conversations that shaped his captaincy
You may also like
3 weeks ago
"I don't think it's going anywhere. It's a non-runner" - McManus quenches Team Ulster idea
3 weeks ago
Cork GAA double down on stance banning the Confederate flag
3 weeks ago
"It was just frustrating seeing parks and public places open in bigger cities"
3 weeks ago
The SportsJOE 12 o'clock quiz | Day 81
3 weeks ago
"If you were to play a game at the pace you'd do a 5k, you'd have people passing you out all day long"
3 weeks ago
Umpire Garland taking learnings and criticism from behind the goals
Next Page