Kicking the ball as far as he possibly could was the name of the game and he'd have spent his days learning how to lamp it into another orbit. 60, sometimes 70 yards down the other end up until one day, when a brainwave from manager Joe Kernan changed everything.

It was the 2005 Ulster final between Armagh and Tyrone and with Hearty's missiles landing in the crowded Tyrone half back-line, Kernan called for a bit more precision.

"I was landing it in the Tyrone half back line and by the time it would come down, a load of players would be bunched under it. It would have been tough for our lads to win it, so it definitely made sense to cut a bit of power off it and to try and pick a man out..."

'Take a few yards off it,' he said 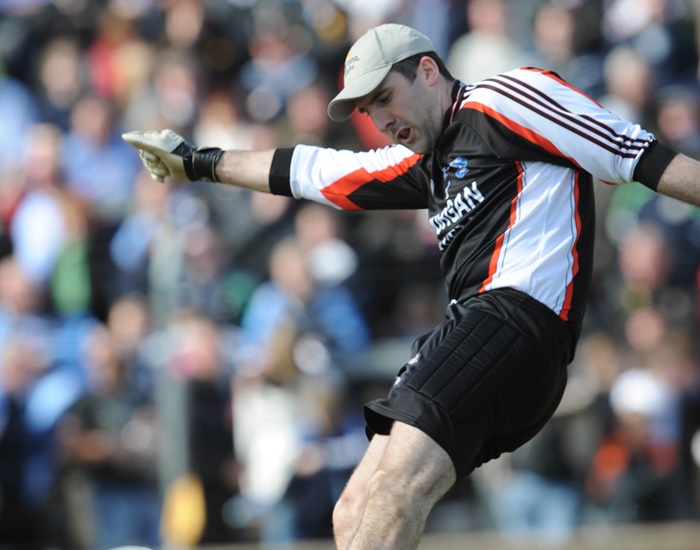 Hearty will never forget it.

That represented a significant change because back in his day, goalkeepers were conditioned to kick it their level best every time.

"At the start, that was what it was all about - get it out as far as you can, that could be 60 or 70 yards and you'd be working on getting it further.

"You were in goals for another reason too - to prevent goals - I wasn't a high-end outfielder either so even though you'd have notions and I'd have had big dreams of running up the field and kicking the winning point in all All-Ireland final - taking a bounce and passing it on would have been the height of it. It was never anything too hectic in terms of bursting out the field because you were so focused on preventing goals and minding your own area," he recalls.

It's all change now. 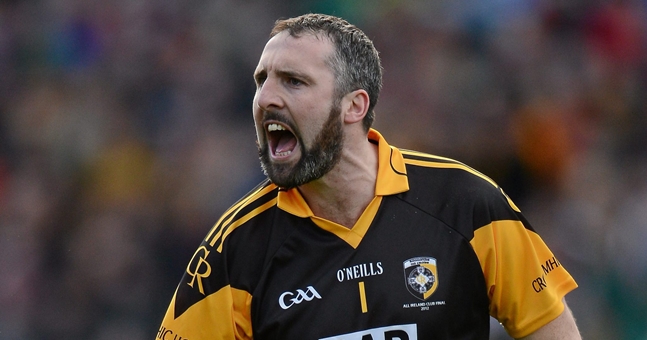 Football owes a debt of gratitude to Paul Hearty

"The way the thing has gone now, I think there's no doubt about it that the goalkeeper is the most important position on the field. Between the kick-outs evolving, to the 'sweeper-keeper' and not forgetting the most important thing, preventing goals - they've plenty of responsibilities..."

Which brings us to goalkeepers' newest task. The role of the 15th outfielder.

"You can see where it's coming from. Like the team could have possession and you're going over and back, the keeper joins in then and it creates an automatic overlap. It's immediately 15 outfield players against 14 and if you can shift the ball quick enough then you're onto something. You can see the defenders gravitating over towards the goalies too, because they're not used to it and that can create space on the other side of the field then..." he says.

With the reward comes risks too, That was seen last weekend when Laois' Graham Brody was caught out but for the most part, Hearty feels that if goalkeepers' and their full backs are sharp enough to recover from being dispossessed, there shouldn't be too many problems.

"If they do get dispossessed, it can become a problem if it's in your own half especially but usually, a full back is able to sit back and cover the goals for you."

On the whole, while the game is evolving for keepers, the 19-time senior Armagh county champion feels that kicking and saving will always remain their most important duties.

"Kicking is obviously 60 or 70% of the game for a goalkeeper now because you do it the most. You have to be able to spread it out to the wings, to chip it short, to do lots of different things with your kicks...On top of that though, you have to be a goalkeeper on the back of it all, preventing a goal, having your handling right," he says.

Master those and you won't go too far wrong.


popular
Alex Ferguson's dismissive comments confirm truth about Jordan Henderson
Wayne Rooney story about Memphis Depay shows why he failed at Manchester United
The SportsJOE 12 o'clock quiz | Day 286
QUIZ: Can you name the Scottish football cult heroes?
"There were some tough battles but I was happy to test myself against the best"
QUIZ: You have 30 seconds to answer this one tricky football question
QUIZ: Name the clubs to have lost in every Champions League final
You may also like
3 weeks ago
"Outstanding refereeing" - courageous ref praised after under-20 final
4 weeks ago
Galway beat Dublin to win the U20 All-Ireland 315 days later
1 month ago
You may write the weekend off with no fewer than 11 GAA games LIVE on TV
1 month ago
"There's no nonsense with this team, they're just going out there and playing the game"
1 month ago
Harsh to criticise young keeper when Galway played with fire for a living
1 month ago
Joe Canning puts on a sideline clinic, nailing four in 40 minutes
Next Page