Football owes a debt of gratitude to Paul Hearty

For club and for county, for 23 years, for football, Paul Hearty has been a remarkable servant. 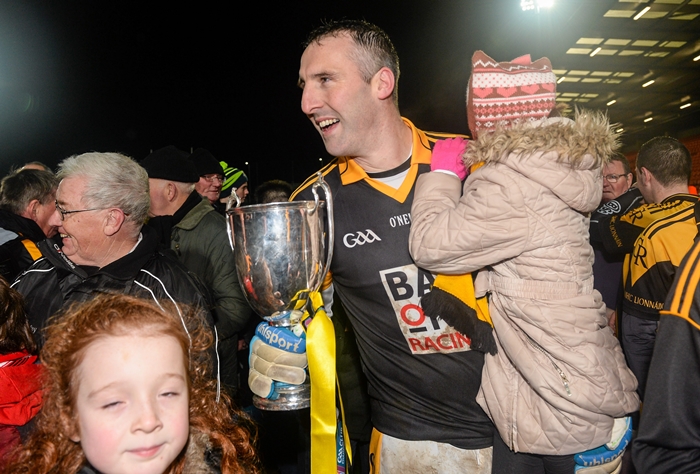 Back in 1995, Joe Kernan brought in a lanky 16-year-old 'keeper to keep goals for Crossmaglen and Hearty and the club never looked back.

The following year, they bridged a decade's gap back to their last championship success and then went on a 13-in-a-row trail, carving out unprecedented glory that captured the hearts and minds of the whole country.

Paul Hearty is said to have missed just seven championship games in all that time and he was doing that with what were basically 16-hour days, every day.

Up at 5am, Hearty is on the milk rout to Dublin. He gets home at 4pm, he now has four children and then he heads to training or the gym. He gets up and does it all again.

How the hell can a man do that for 23 years?

"That's a good question," Hearty said in a fascinating interview on The GAA Hour.

"Back at four, do the homeworks, get the dinner, get the children to bed, half seven then and training's at eight so straight up to the field.

"I'm not the only guy doing that. There are a lot of fathers out there and women in their sport doing the same thing. It's a full life but sure that's the way it is - it's a rat race every day and we all have to get on with it.

"Going up to the field and being with the lads, although you're up there to bust yourself and do as well as you possibly can, it's a social thing too. You're out, it's a release, you're talking with your peers, it's not all doom and gloom. Training does be a good bit of craic with Cross so it was good fun too."

Listen to his full interview below from 24:45.


popular
Referee Mathieu Raynal puts Sexton in his place after TMO mess
Sexton compares "brilliant" Irish debutant Craig Casey to Jonny Wilkinson
Tadhg Beirne now delivering what so many of us knew he was capable of
The SportsJOE 12 o'clock quiz | Day 308
Will Connors locks down No.7 jersey with two rapid succession plays
"I was like, ‘My ear is hanging off my head. Can you not see that?!'"
Owen Farrell rages at referee Pascal Gauzere as Wales catch England sleeping
You may also like
1 hour ago
Night to remember for Mackin at TG4 Ladies football All-Stars
2 weeks ago
"The best way I could go out and honour him was to go out and play, and to play the best that I could"
1 month ago
Armagh prodigy returns home after calling time on AFL career
2 months ago
Free-scoring Mackin lights up the ladies championship for Armagh
3 months ago
Ladies championship starts with fireworks as Armagh blitz Tyrone in nine goal thriller
5 months ago
QUIZ: Which is the correct GAA crest?
Next Page