"You see her kick it, and the ball is still rising and I've got my hands in the air and I know it's going in."

If most other players intercepted a quickly taken goal-kick and, on instinct, lobbed the goalkeeper for a sweet goal, from 35 metres out, you might suspect it was a shot to nothing. A hit and hope.

When Geraldine McLaughlin is involved, no chance.

Donegal sealed their third Ulster title in a row - in front of over 2,000 spectators at Clones - on Sunday and two McLaughlins scored the bulk of their points.

Geraldine McLaughlin bagged 2-4 as she put in her standard, excellent performance. Niamh McLaughlin, who has returned to Ireland after soccer spells with Newcastle and Sunderland, plundered 2-2. 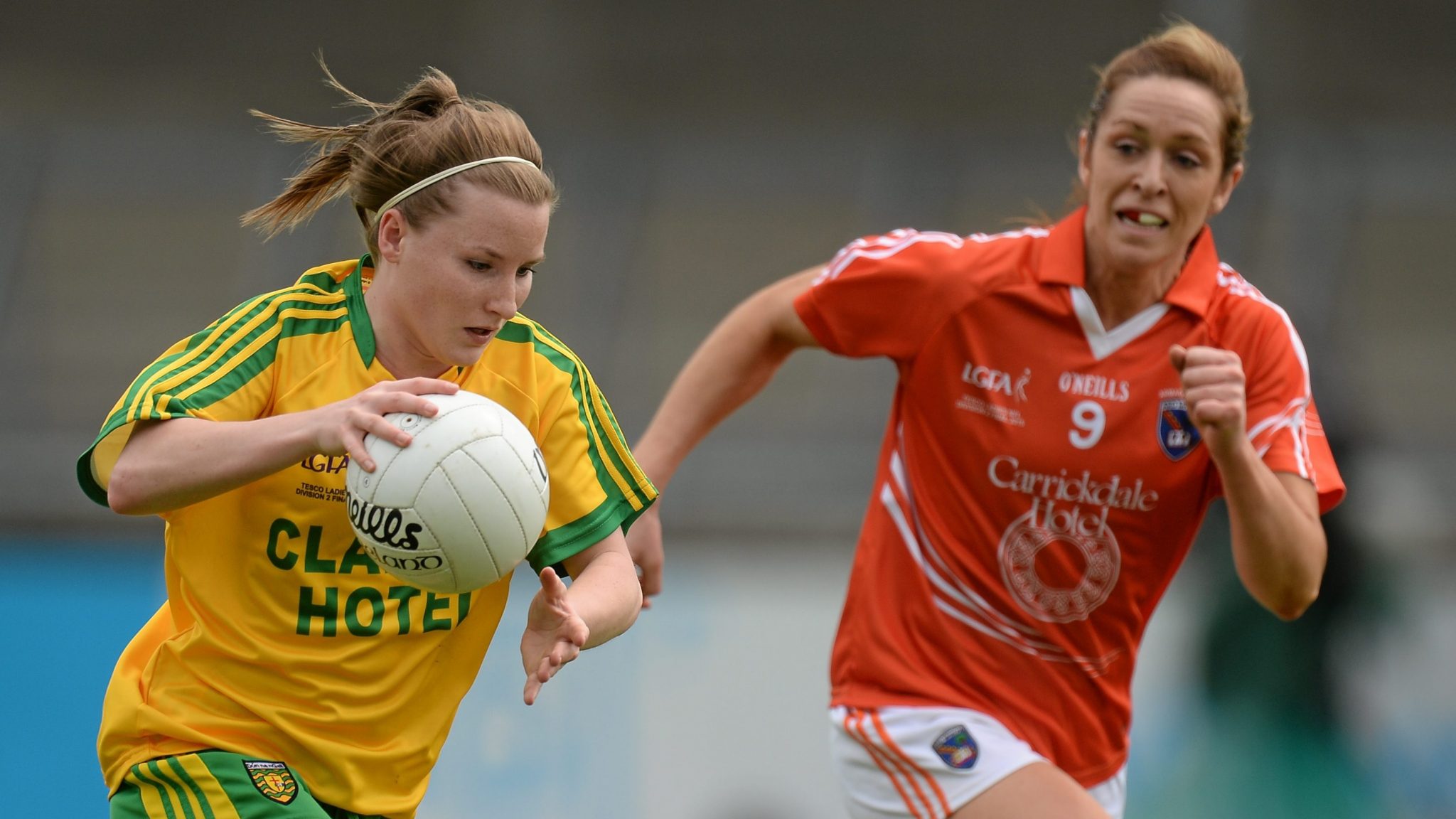 McLaughlin scored eight goals in 11 games for Sunderland before the club, struggling to cost with financial demands after the men's side had been relegated twice in successive seasons, were forced to make cut-backs.

Having finished her studies over in England, and with football not being able to offer steady, professional employment, the 25-year-old headed home. She works in Dublin now but treks to and from Donegal several times a week for training and matches.

The long journeys are made easier by being part of a hungry, successful Donegal team. Leader of that pack is Geraldine McLaughlin, who scored another worldie at the weekend:

That goal sparked a bit of a debate in the PlayXPlay studio, with Murphy being teame up on for daring to suggest the lob may have been a fortunate score.

JENNY: But when you're scoring goals like Geraldine McLaughlin, do you think that was on purpose? That little lob.

NIAMH McLAUGHLIN: Yeah, it was on purpose.

NIAMH McLAUGHLIN: Like, I'm inside. She gets it from the kick-out and, like, if she passes to me, I'm in. And you see her kick it, and the ball is still rising and I've got my hands in the air and I know it's going in. 100% meant it. She's just, like, something else... She's so stylish, and I don't want to be bigging her up but I am.

NIAMH McEVOY: No, it's no secret - Geraldine McLaughlin is good!

With Donegal and Dublin both winning provincial titles at the weekend, McEvoy could be coming up against both McLaughlins later in the ladies championship. There will be dual warnings going out to her Dublin teammates about the scary scoring potential of Donegal's McLaughlins.


popular
Lock yourself in because the sport on TV this weekend is hilarious
Paul O'Connell names four Irish certainties for Lions, and one bolter
The SportsJOE 12 o'clock quiz | Day 223
"It was a diluted version of what we were" - Why 'Donegal system' didn't work for others
Ladies championship starts with fireworks as Armagh blitz Tyrone in nine goal thriller
Maher defying the odds in a bid to turn it around for Dublin
Alisson criticises Jordan Pickford for Van Dijk challenge
You may also like
1 month ago
QUIZ: Which is the correct GAA crest?
3 months ago
"If you're a footballer, a proud footballer, you'll love training and you'll love competing"
4 months ago
"It was just frustrating seeing parks and public places open in bigger cities"
4 months ago
Easy does it: The art of the trash-talk with Eamon McGee
5 months ago
Buncrana's iron-men driving it on for two great causes
8 months ago
Donegal bond getting stronger and stronger as league hits full swing
Next Page