In a replay, it comes down to a game of reactions.

Who learned the most from the drawn game? Who adapts the best to what they had seen? A brilliant stat did the rounds this week and it summed up the value of change on the second day out.

What do these four men have in common?

Well, first of all, each of these four men have been involved in All-Ireland finals this decade that have gone to a replay. None of them had started the drawn game, but each of them won man-of-the-match in the replay.

Only four All-Ireland finals have gone to replays this decade. Each of them has been decided by a player who wasn't chosen to start the first day out.

So, who could it be? Eoin Murchan, Cian O'Sullivan or even Diarmuid Connolly for Dublin. Killian Spillane certainly looks like a man who could make a difference for Kerry, as does Tommy Walsh.

Speaking from experience on The GAA Hour Football Show, Mayo footballer Chris Barrett, having worked under him for six years, reckons a certain Kerry coach could also have a huge bearing on the replay. 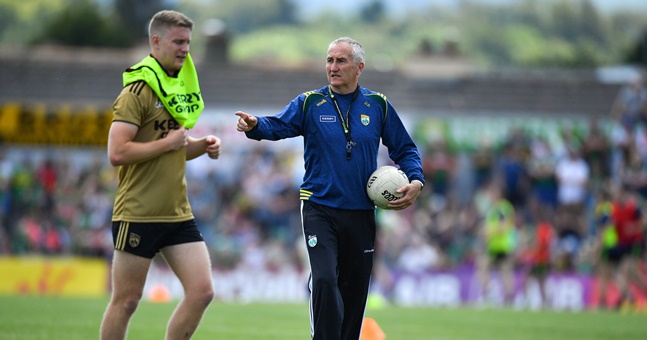 END_OF_DOCUMENT_TOKEN_TO_BE_REPLACED

Donie Buckley, that Castleisland Desmonds club man and renowned coach. He was one of Peter Keane's first recruits this year and his imprint on this Kerry team has been clear.

"Look at the coaching side, I think it's one of the most important things in a replay. Your players are one thing, but it's how the coaching sides adapt and react to what happened in the first game. I know in the Kerry dressing room, Donie Buckley is going to be there and he's going to have a huge say in how they set up, how they change. He'll be analysing the game within an inch of its life," said Barrett on the GAA Hour's All-Ireland football final preview show.

"That's his reputation that he's good with defenders but I think that's nearly a false (representation.) He's an all-round coach/student of the game. In terms of analysing the opposition and picking out where you can hurt them, he's very good at that as well. People think, Donie Buckley - coach, he's on the pitch, he's doing the drills but he has a great football mind and he's a huge asset to Kerry, especially in a replay situation where you have to think outside the box. I think he'll have a huge part to play in trying to pull Dublin out of their comfort zone..."

Despite the marginal gains Buckley will bring, Barrett still reckons the Dubs will shade it on Saturday night.

"I think Kerry will have got that belief and confidence (from the last day,) that once you push up on them and match them, that they can be beaten, that they're just another team, but I do think the 14 men has been lost here. The fact that Dublin drew a game that they had 14 men for 40 minutes in. I think Dublin will have too much. If I was to call it, I would say a four/five point game with Dublin leading by one or two heading into the last five minutes, and then hitting Kerry on the break.


popular
The SportsJOE 12 o'clock quiz | Day 136
The daily diet of Manchester United midfielder Jesse Lingard
The diet of a modern day rugby player compared with a top jockey
COMPETITION: Answer this survey for a chance to win a fabulous stay at the Trident Hotel in Kinsale
The SportsJOE 12 o'clock quiz | Day 135
Jadon Sancho to earn eye-watering salary at Manchester United
Alexis Sanchez salary details explain why Man United didn't splash big this summer
You may also like
3 months ago
Lee Keegan on what he misses most
4 months ago
Andy Moran: Using the time off to become a better player
5 months ago
The GAA Hour | Football | Mayo 'standing off', Congress analysis and the Tunnel row
5 months ago
Mayo issue update on crunch Allianz Leagues clash with Kerry
6 months ago
James Durcan stuns Ballybofey with last kick of the game
6 months ago
"Growing up, I would always have been naturally fit"
Next Page