You don't know true pain...unless you've peddled one of those watt-bikes until you can't pedal anymore.

Cairbre Ó Cairealláin was the new-man into the Limerick set-up this year, as Strength and Conditioning coach, and, for his sins, Aaron Gillane got to know him straight away.

And the Patrickswell man won't ever forget him.

END_OF_DOCUMENT_TOKEN_TO_BE_REPLACED

Ó Cairealláin came in with a reputation, having helped Tipperary to their All-Ireland win in 2019 and, according to Gillane, he wasn't long living up to it. He's asked about the former Antrim minor hurler's impact on the Limerick team and, quick as a flash, Gillane's mind turns to the depths of winter, to a modest dressing room in Rathkeale, when Limerick's new S and C coach put him through hell.

All the 26-year-old can remember now is the aftermath, as having completed a gruelling session on the watt-bike, he could only lie on the ground at the pain of it all. Those early season sessions are as tough as it gets but Gillane saw the benefits of it all come championship time, when he felt the fittest he's ever felt, and played some of the best hurling he's ever played. 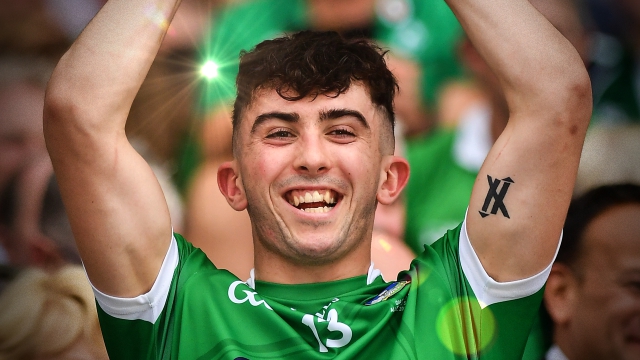 "The only thing I can remember is back at the start of the year, Cairbre brought me into a dressing room back in Rathkeale and put me up on the Watt Bike," Gillane says in an interview with Diarmuid Lyng on The GAA Hour Show.

"He gave me torture anyway for about half an hour and I ended up on the floor, barely able to breathe," he adds with a laugh.

END_OF_DOCUMENT_TOKEN_TO_BE_REPLACED

"Yeah, he set his stall out from the start of the year, this is how it's going to go, and to be fair to him, I'd say this year was the fittest I've ever been, that's all credit to Cairbre and how he is. He's very approachable and easy to get along with.

"I couldn't speak highly enough of him. He's a big hit now in the group, he's really settled in, everyone loves him.

That hard-work, both on and off the pitch, is the hallmark of this Limerick team and Gillane doesn't see them letting up any time soon.

END_OF_DOCUMENT_TOKEN_TO_BE_REPLACED

"Some people might think we're weird in the sense that we actually enjoy the hard work and that that's actually where we get the enjoyment from. But I suppose we just know that once the hard work is put in, it's going to benefit us on the field and everything else will follow.

"Over the last few years, everything that we've won to date, that's down to one simple thing and that's hard work and we're going to continue to work hard when we get back training.

Aaron Gillane is hard as nails 🔨

And on the field, Gillane was irresistible this year ending up as the championship's top scorer. He scored points from all angles, goals in between and won his battles left, right and centre - with typical modesty, he gives a lot of the credit to his team-mates.

"You don't want to be a one trick pony. To be fair, my own mindset going into a match is just to make myself available every time a half back or midfielder gets the ball, and whatever way it comes in then, I just deal with it. What's benefiting me really, in my opinion, is that I have the best in the business hitting me in the ball, the likes of Declan Hannon and Darragh O'Donovan - you could watch them play hurling all day, lovely hurlers, lovely hands, lovely ball-in, so I just try to be on the end of that.


popular
Ireland team to play Wales: Andy Farrell's XV, the big calls and bold cuts
Ireland's self destructive mentality kills Croke Park fight for Katie Taylor
Even Roy Keane felt Michael Dawson went too far with his remark to Tom Heaton
Everton release brutal 59-word statement to confirm Anthony Gordon departure
Roy Keane reminds everyone of his feelings towards Newcastle United ahead of cup final against Man United
Five confirmed changes and guidelines to have big impact on 2023 Six Nations
"Every team did it!" - Paul O'Connell on Roy Keane comment to Ronan O'Gara that he couldn't deny
You may also like
6 months ago
Finian Hanley take on contentious Kerry free may settle some Galway arguments
6 months ago
Darran O'Sullivan on the post-match gesture that shows what Jack O'Connor means to Kerry
6 months ago
JJ Delaney on how Brian Cody kept him grounded after Hurler of the Year honour
6 months ago
"We were known as stab city, the butt of everything. Of all the things JP has done, he has made everyone so proud to be from Limerick"
6 months ago
McCarthy still harder than a brick wall
6 months ago
"He was getting a bit disillusioned" - How Damien Comer rediscovered his fire
Next Page