They've travelled in their droves.

The Americans take their GAA seriously and so do the folk in Leitrim.

The New York footballers were bidding to make history in Gaelic Park on Sunday night as they took on the O'Rourke County with the hope of winning their first ever game in the Connacht Championship.

The home side have a decent team this year, with the notable addition of Armagh's Jamie Clarke a huge boost for their attack.

Indeed, Justin O'Halloran's men went into the clash with high hopes, and they wouldn't have been fearing Brendan Guckian's Leitrim who endured a stuttery League campaign in Division Four.

Leitrim are historically a well supported outfit, and that wasn't about to change this time around with more than 1500 reported to have made the trip stateside for the occasion. 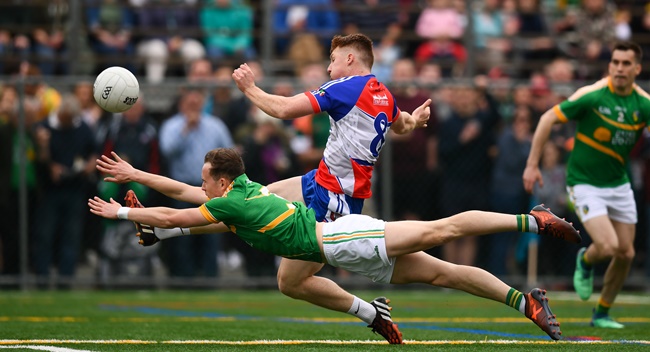 Gaelic Park was the place to be in New York on Sunday evening, with expats, born and bred New Yorkers and the travelling Leitrim contingent alike combining to create a carnival atmosphere at the grounds.

Some crowd at Gaelic Park! https://t.co/uB4Dvekuxg

Looks like some atmosphere to play a game in.

The summer is here!

popular
Dublin club Man O'War suspends all training and matches after positive Covid-19 test
Roy Keane on the experience of being managed by Jack Charlton at USA 94
"Never back against the Irish" - How the BBC covered our USA 94 win over Italy
Jack Charlton's role in getting Roy Keane to Manchester United has been revealed
The SportsJOE 12 o'clock quiz | Jack Charlton special (Day 112)
Packie Bonner on being Celtic's teenage goalkeeper and angering Jack Charlton at Euro 88
'ROG was the kingpin... he just wanted to win, win, win' - Barry Murphy
You may also like
2 years ago
New York GAA is not a piss about, the commitment the players are putting in is serious
2 years ago
The best lines from the Leitrim local radio commentary that everyone's talking about
2 years ago
Jamie Clarke rips up trees but Leitrim come through fright of their lives
2 years ago
Cian Ward has great idea to make people care about New York Leitrim
2 years ago
The All-Star 15 of hurlers who spent this summer in America
3 years ago
New York manager's interview during the week is all the more poignant after defeat
Next Page