The weather couldn't really have been any worse for GAA.

Not only wet, but freezing cold too and it was the camógs in Croke Park who beared the brunt of it. Hail, rain, sleet and snow - you name it, it poured down at some stage in Drumcondra.

There was an iconic image of the Gailltír goalkeeper Ciara Jackman crouched over and clutching a hot water-bottle in an attempt to keep her hands warm in the middle of it all.

The latest innovation for goalkeepers!

It was the day for it! pic.twitter.com/qNC0Ur9wRl 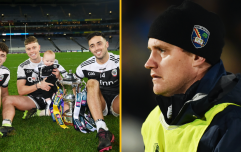 END_OF_DOCUMENT_TOKEN_TO_BE_REPLACED

That's how tough it was out there.

Cold hands mean numb wrists and that's a nightmare for any GAA player. With the rain pelting down as well, that meant slippy grips, balls and pitches and that's when it really becomes a case of 'survivial of the fittest.'

END_OF_DOCUMENT_TOKEN_TO_BE_REPLACED

That was the struggle for every GAA player out in the thick of it on one of the harshest weekends of the year so far and here are the 15 who fared the best.

Leading them out is Dublin hurling goalkeeper Sean Brennan, the Cuala man pulled off a few majestic saves with Laois piling on the pressure in the first half.

Minding the house is Leitrim's Paddy Maguire at number three. The Glencar/Manorhamilton native is a real rolls royce of a full back and his speed, power and intensity ensures every full forward has a job on their hands too. 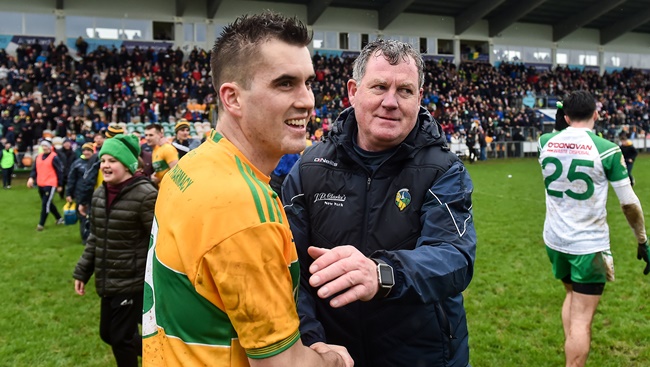 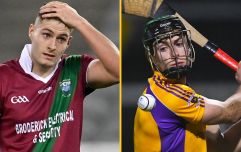 END_OF_DOCUMENT_TOKEN_TO_BE_REPLACED

In front of him is a player cut from the same cloth in Donegal's Eoghan Bán Gallagher. His electrifying bursts upfield are impossible to defend against and he set up so many scoring chances for Declan Bonner's men against Armagh.

Meath's Donal Keogan is one of the most consistent defenders in the country while Cian Lynch and Fionnuala Carr made hurling in the snow and rain look easy.

Jemar Hall is a ball of energy at half forward for Armagh while Shane Dooley looked back to his best for the Offaly hurlers against Carlow, hitting 2-1 from play off the bench. Another man who looked back to his best was Kerry's Tommy Walsh who knocked 0-4 from the edge of the square while Galway's Antaine Ó Laoi was the cleverest player in MacHale Park.

Orla Finn was unplayable for Cork in Inniskeen while Tina Hannon stepped up for Slaughtneil for the second year in a row on the day of reckoning. 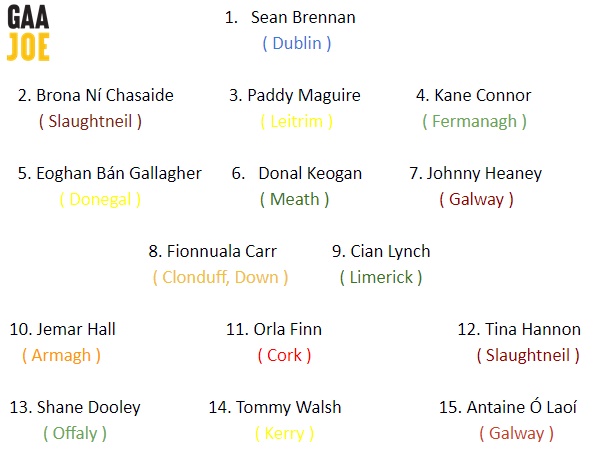 
popular
World Cup Power Rankings: The top eight pundits of the tournament so far
Talksport presenter puts Martin O'Neill to the pin of his collar over Declan Rice and Jack Grealish
Rory McIlroy explains 'falling out' with Shane Lowry that lasted a few years
'I just became obsessed with football' - Cruciate curse actually a blessing for Sheehan
World Cup Power Rankings: The top 10 players at the tournament ahead of the quarter-finals
Ariel Helwani shares Paddy Pimblett WhatsApp messages as spat becomes public
"There's no soccer, hurling, or rugby" - Kilcoo's secret to success

You may also like
1 month ago
Predicting the 13 biggest knock-out games around the country this weekend
2 months ago
"Absolute rubbish" - Donaghy pours cold water on the Roscommon rumours
2 months ago
Cian McConville finishes the job for Crossmaglen with the most divine of passes
3 months ago
"He can add something to our attacking line up" - Jamie Clarke signs for Northern Irish soccer club
5 months ago
Get him a tuxedo, give him the All-Star and for crying out loud, someone bring that man out to America
5 months ago
"If he can channel it in the right way, he'll go right to the top of the game" - the brilliance of Rian O'Neill
Next Page