They face some stiff competition though.

American football reaches its pinnacle this weekend when the Atlanta Falcons face off against the New England Patriots in Superbowl LI.

There will no doubt be a huge number of fans in Ireland staying up late to watch who lifts the Vince Lombardi trophy considering the game's growing popularity in this country.

This is reflected in the number of college football games which have been played on these shores in recent years.

Dublin's Aviva Stadium both held fixtures in 2012 and 2016 which were labelled 'The Emerald Isle Classic' and 'The Aer Lingus College Football Classic', respectively. 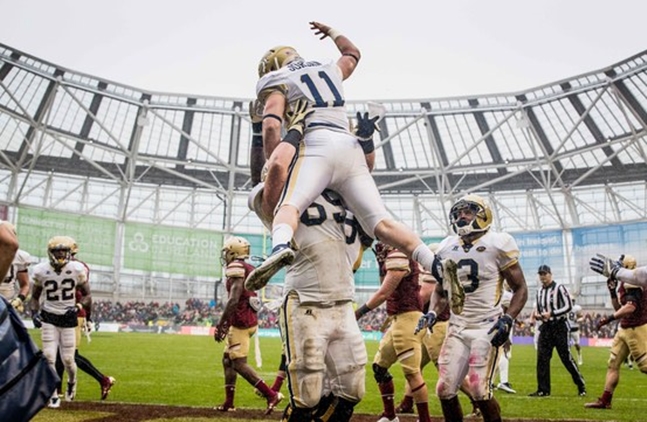 Croke Park also got in on the action when they hosted 'The Croke Park Classic' (there is a pattern emerging here) in 2014.

Not only does it give a chance for Irish people to see the sport live but it also encourages a number of fans to attend from overseas, contributing to the local economy.

London has already hosted a number of NFL fixtures over the past decade which have predominantly been staged in Wembley. Lately, Twickenham has also hosted a game and will stage two more in 2017. 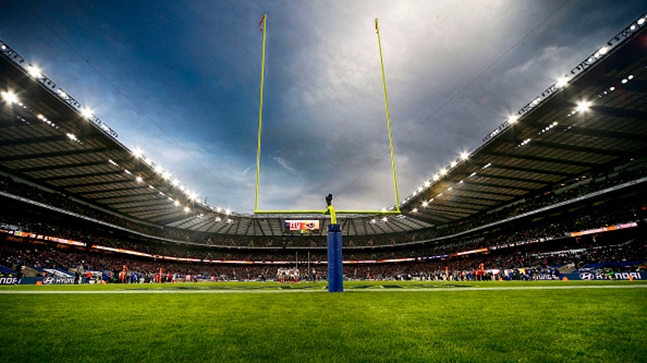 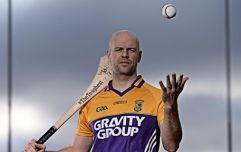 END_OF_DOCUMENT_TOKEN_TO_BE_REPLACED

It is clear that with the NFL's eagerness to host games abroad, there is a huge opportunity for sport organisations to get involved and the GAA is no different.

As reported in The42, the GAA’s Commercial Manager and Croke Park Stadium Director, Peter McKenna, has revealed that it is something that the organisation will continue to pursue.

"London have really seen the value of bringing an NFL franchise to the city and what it does in terms of hotels and so on. There’s so much that happens in a big city like London, it just fades into the ether as it were whereas Dublin is far more suited to that.

“But for us to go hell for leather after it we need to know what our calendar is going to be like for the next three, four years."

The calendar which McKenna speaks about relates to a motion which will be debated by congress concerning the restructuring of the football championship.

If the motion is passed, there will essentially be more games held at Croke Park and this could limit the potential for hosting other types of events at the stadium, including American Football.

With London expected to have their very own NFL franchise by 2021, the popularity of the sport is only expected to grow further in this part of the world.

The GAA are not oblivious to this and they will hope that they can advantage of the sports' growing popularity.


popular
Referee Mathieu Raynal puts Sexton in his place after TMO mess
Sexton compares "brilliant" Irish debutant Craig Casey to Jonny Wilkinson
Tadhg Beirne now delivering what so many of us knew he was capable of
The SportsJOE 12 o'clock quiz | Day 308
Owen Farrell rages at referee Pascal Gauzere as Wales catch England sleeping
"I was like, ‘My ear is hanging off my head. Can you not see that?!'"
Will Connors locks down No.7 jersey with two rapid succession plays
You may also like
2 weeks ago
Tom Brady claims seventh Super Bowl as Bucs crush Chiefs
1 month ago
Harry Kane explains plans to play NFL after football career
1 year ago
Christmas crackers - your festive sporting TV guide
1 year ago
NFL team signs former British & Irish Lions winger
1 year ago
Harry Kane plans to finish career as NFL kicker
2 years ago
Door open for Patriots' Rob Gronkowski to join WWE after Super Bowl LIII triumph
Next Page