It's going to be a huge day next Sunday.

A massive day of penultimate fixtures unfolded on Saturday as things became a little clearer in the National Football League. There are promotion places to be fought for, relegation to avoid and there are also teams looking to make it through to championship time unscathed as far as injuries go.

Here's the state of play across all four divisions.

Who can make the final: Kerry, Galway, Mayo, Tyrone.

Who can be relegated: Monaghan, Roscommon, Cavan. 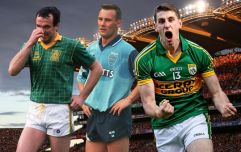 QUIZ: Name every All-Ireland football winner of the last 33 years?

END_OF_DOCUMENT_TOKEN_TO_BE_REPLACED

A huge two points for Monaghan as they get their first win since they beat Dublin in Round 1. With just two points, Cavan are likely to be relegated now.

Dublin cannot qualify for the league final anymore after losing to 14-man Tyrone in Croke Park.

Galway, Mayo, Kerry and Tyrone are fighting for the Division One final places on the last day with Galway heading to Omagh for the deciding game.

Serious win for Mayo in Tralee. Kerry are still favourites to make the final and will only lose out on a place if both Mayo and Galway win their remaining games and are somehow able to overtake Kerry's score difference (assuming the Kingdom lose to Roscommon).

Who can go up: Meath, Fermanagh, Donegal, Kildare, Armagh.

Who can be relegated: Cork, Tipperary, Clare. 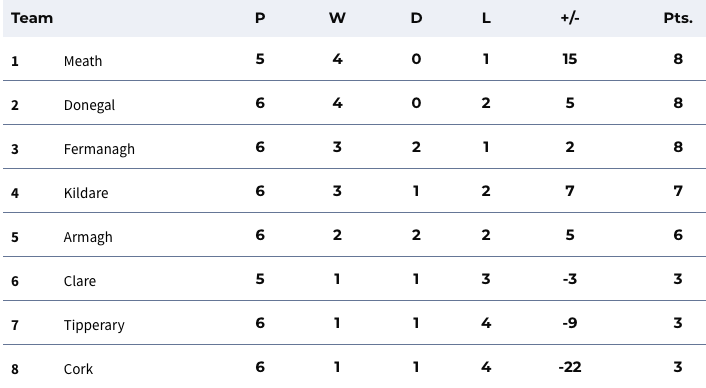 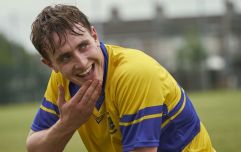 What is the sport they are playing in Normal People?

END_OF_DOCUMENT_TOKEN_TO_BE_REPLACED

After struggling in the first half and being behind at half time, Donegal turned on the style in the second half to see off the rebels. The Tír Chonaill men keep their promotion hopes alive but they need to beat Kildare next week and hope that Meath and Fermanagh don't draw next week.

After Armagh's win over Fermanagh, Cork need to beat the orchard county next week and hope Tipp and Clare draw in Thurles.

After leading by eight points at halftime, Kildare let Tipp back into it and when the premier county hit two late goals, it made for a very nervy finish but late points from Adam Tyrell and Neil Flynn sealed the win for the Lillies to keep their slim promotion hopes alive. Kildare need to go to Donegal and win next week and hope that one of Meath or Fermanagh lose their last two games.

A win for Tipp against the Banner next week will keep the Munster men up in Division 2 for another year, regardless of how Clare do in their game in hand versus Meath. Head to head is what counts first (unless there is a three-way tie, which you can almost discount when it's Cork we're talking about).

Armagh put a huge dent in Fermanagh's promotion hopes and saved themselves from any danger of relegation at the same time. The Orchard county are actually back in contention for promotion too and need a win against Cork next week and get help from elsewhere. Fermanagh need to go to Navan next week and win what promises to be a crucial game for both teams and other teams who'll want help from them.

Who can go up: Down (confirmed), Laois, Westmeath, Longford.

Who can be relegated: Sligo (confirmed), Offaly, Carlow. 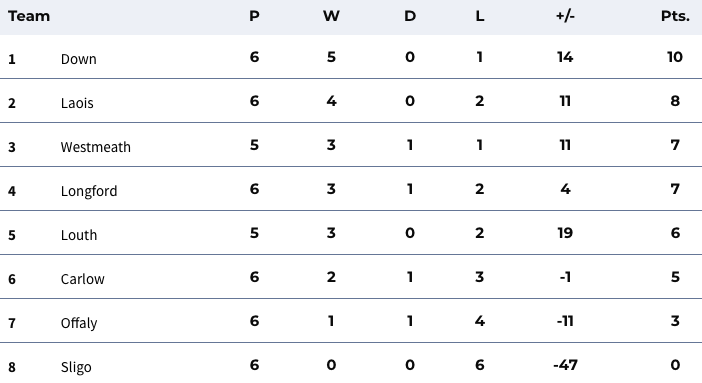 A win for Longford against neighbours Westmeath next week will give them promotion if Laois are beaten by Carlow. For Sligo, a sixth consecutive loss and all they'll be playing for next week is pride when they go up against Offaly.

A win for Laois put them up the joint top of the table with Down. A win next week will need to go along with some help as they need Westmeath not to win their last two games. Offaly are in trouble of dropping to Division 4 after this loss and will need Carlow to lose both their games and the Faithful County need to win against Sligo next Sunday as well.

Down confirmed their promotion to Division Two with a one-point win in Cullen Park whilst Carlow now face real danger of relegation with a derby visit to Laois in their last day whilst Offaly visit whipping boys Sligo. 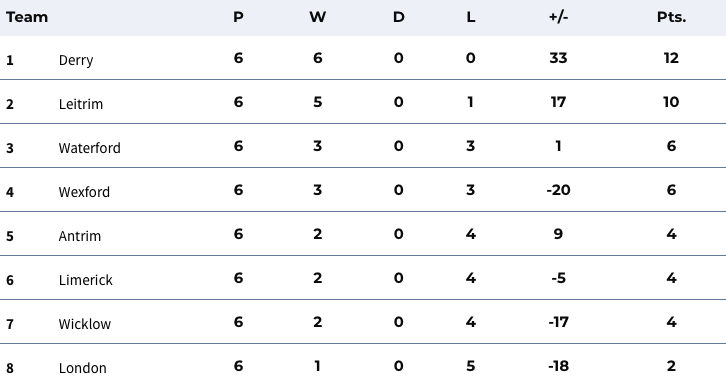 You may also like
4 weeks ago
QUIZ: Name the missing player from the All-Ireland final team sheets
4 weeks ago
QUIZ: How many of the 10 most successful football counties can you name without making a mistake?
1 month ago
The SportsJOE 12 o'clock quiz | Day 31
1 month ago
The Andy Moran GAA Isolation Workout
4 months ago
Compulsory headgear in rugby? SportsJOE at the BT Young Scientist
5 months ago
Are you a pre-season dropout or will you make the team? Take the quiz to find out
Next Page