"We felt it was interesting to explore outside the bright lights of Croke Park, and down in that grassroots version of GAA."

For much of November, the town in Granard was buzzing with activity. The Longford town had a GAA movie being shot, and there was plenty of work to be done.

Robert Higgins and Patrick McGivney are two film-makers from Granard that, spurred on by the success of some recent productions and the interest in Sally Rooney's Normal People adaptation, got the financing for a movie about club football in small-town Ireland.

"The film is all set there," says Higgins of 'Lakelands', a movie that stars Éanna Hardwicke, Danielle Galligan and Gary Lydon as the uncompromising local coach.

"It’s a GAA story about a young guy who, after he gets into a row on a night out, he gets an injury and he struggles to be able to return playing. It just follows his journey through small-town Ireland, and how that goes.

"We went back to our home-town and we had huge row-in and support. Called in all the favours we had and got the local football team out, and all the regulars. Shot that across three weeks and just finished up Saturday, a week ago."

END_OF_DOCUMENT_TOKEN_TO_BE_REPLACED

Higgins and McGivney, who shared writing and directing duties on the film, both met at Under-8s training in Granard and have known each other ever since.

"We would have played Gaelic football together, the whole way up," says McGivney. "Robert saw sense at about 18 and decided to go live his life. I’m still there! I never left, apart from a couple of years away down at college.

"We’ve been very much a part of that world and I guess that is one of the reasons why we thought there was a lot of potential there and a lot of material to explore. It’s just something that is so ingrained in rural Ireland, and is something so ingrained in our rural culture, that we felt it was worthy of our exploration, and depiction, in feature format." 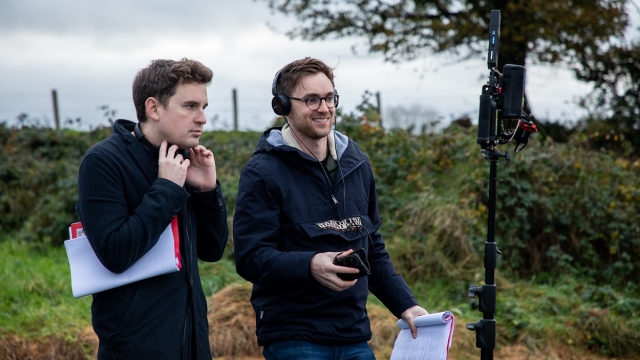 Lakelands picking up [the ball] where Normal People left off

The pair won acclaim for a 2020 short film called 'Drifting', which starred Paul Mescal, the star of Normal People. "Drifting was something that picked up a little steam," Higgins explains.

"We were fortunate enough to get Paul Mescal in it, just after he had finished Normal People. So that got a little extra eyes on the stories that we were trying to tell. And, from there, we were looking at expanding that. It’s when we started writing this feature script, this longer version, and really looking to explore our home-town a bit more."

END_OF_DOCUMENT_TOKEN_TO_BE_REPLACED

Links with Normal People will come naturally, given the Hardwicke, Mescal and GAA connections. It is something the lads are happy to steer into.

"Football was a small part of that show and it resonated so much," says Higgins. "It showed there was an appetite for that. The first couple of episodes caused a phenomenon and we really thought there was scope there to explore, deeper into the real minutiae of this world. The deeper side of it."

Building on that idea, McGivney believes there is definitely space to see and hear more of these tales of local football, and what it means to communities across the country.

"I guess the version of Gaelic football that is depicted a lot of the time isn’t the version or the world that a lot of people know. It’s club football, it’s meeting up with your mates on a cold winter’s evening, a lot of the time. And it’s something that we felt was interesting there to explore, outside the bright lights of Croke Park and down in that grassroots version of GAA." 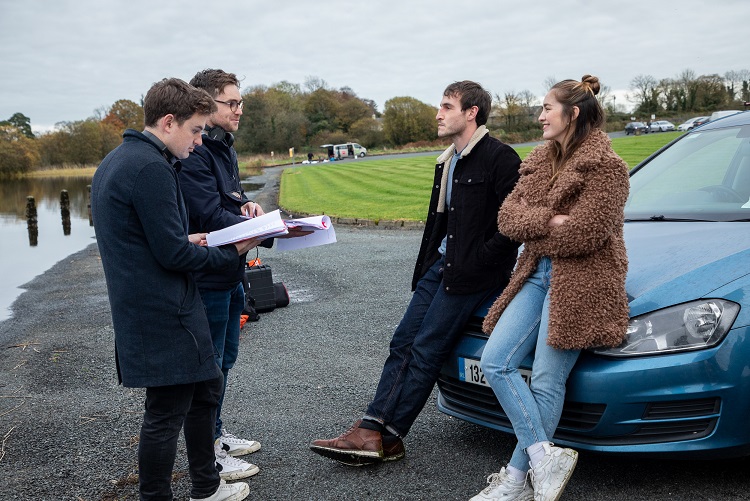 'We thought he was the perfect man for it'

'Lakelands' was, last week, acquired this week for an Irish and UK cinema release next year by Wildcard Distribution. It has a talented cast and features some stars that continue to build impressive resumés.

"We had a lot of people in mind when we were writing it," says Higgins.

"Éanna Hardwicke was someone we’ve been really impressed with for a while. He was in Normal People as well, and Vivarium [which starred Jesse Eisenberg]. He’s got a really varied, for a young actor, he’s done a huge amount of different things.

"The role he has, as that central role, his character goes through about every emotion there is. We thought he was the perfect man for it. And then Danielle Galligan has really took off with the Netflix show Shadow and Bone. I’d been watching her in short films in Ireland for years, and I thought she’d be a great fit for this world, from her previous work."

As for the all important GAA scenes, the local team all volunteered their services and all knew how pivotal getting genuine and realistic training and match footage was.

As for what comes next, Higgins says the goal will be for 'Lakelands' to head out on the festival circuit once post-production is wrapped.

"Hopefully getting around to a few festivals next summer and into the winter, and potentially a cinema release," he says. "It’s exciting and we’ll see where it might go."


popular
Ireland team to play Wales: Andy Farrell's XV, the big calls and bold cuts
Roy Keane reminds everyone of his feelings towards Newcastle United ahead of cup final against Man United
Everton release brutal 59-word statement to confirm Anthony Gordon departure
Ireland's self destructive mentality kills Croke Park fight for Katie Taylor
Even Roy Keane felt Michael Dawson went too far with his remark to Tom Heaton
True beauty of Fitzgibbon and Sigerson Cups lies in the hearts of weaker counties
Five confirmed changes and guidelines to have big impact on 2023 Six Nations
You may also like
1 week ago
Lidl launches One Good Club in support of youth mental health
2 weeks ago
Paudie Clifford had the only response needed after being cleaned out by vicious elbow
2 weeks ago
O'Byrne Cup reduced to farce as Offaly withdraw from competition
2 weeks ago
Rory Gallagher expects Glen players to be back for Derry the week after club All-Ireland final
3 weeks ago
"That fecker, again?!" - A Dubliner's perspective of going up against Lee Keegan
3 weeks ago
The top five GAA players who never won the All-Ireland
Next Page