There were sixteen county finals all over the country, from Clare to Tyrone at the weekend. There was hurling in Kilkenny and Tipperary. The football was entertaining in Dublin.

Here are the 15 best players of the weekend.

Kept Podge Collins scoreless. Scored a point himself. Was brilliant.

Safe as a house in Padraig Pearses' first ever Roscommon SFC win.

Son of Dublin legend John, 2019 Underdogs player, O'Leary had some battle with St Brigid's main man Philly Ryan. Winning possession, driving out with it, helped keep Skerries Harps in Senior A for another year.

Man-of-the-match in a defensive game, Brennan is as solid as they come.

Kilcoo only just edged Warrenpoint and Branagan was a colossus.

A wall in the half back line, the Tooreen hurlers are into the Connacht IHC again.

Man-of-the-match in Castlerahan's second Cavan win in a row.

St Anne's Rathangan were on the end of a 34 point defeat in the first round in the Wexford SHC. Seven months on and they're in the final against the same opposition.

Aidan Rochford has been brilliant for them all season and he was again at the weekend. Will be a key man against St Martin's in the decider.

A former Brighton and Hove Albion player, a former Ireland underage soccer star, Hutchinson is back playing the game he loves. He hit 1-3 from play.

0-12, 0-6 from play. Ballygunner have done six-in-a-row and Mahony has been an ever-present.

Another weekend. Another amazing display from TJ Reid.

His penalty was laser-like and crucial. His points, as Buff Egan showed, were amazing and without him the All-Ireland club champs would have been beaten by Clara.

The crowd's reaction tells it all - 'Oh my GODDD'

Fair play to @buff_egan on some amazing club coverage from Wexford yesterday and Kilkenny today 👌pic.twitter.com/jkbfvlvs1l

2-3 from play in the Offaly final. Two crucial goals to peg kingpins Rhode back in the second half. There's been a lot of talk about Cian Johnson. He came of age on Sunday.

For a 23-year-old to captain his club to their first county title in eight years. To score 0-7, including a late, great nerve-jangling free from the sideline to win it. That's amazing stuff and Conor Dolan led the way for the men of Manor. 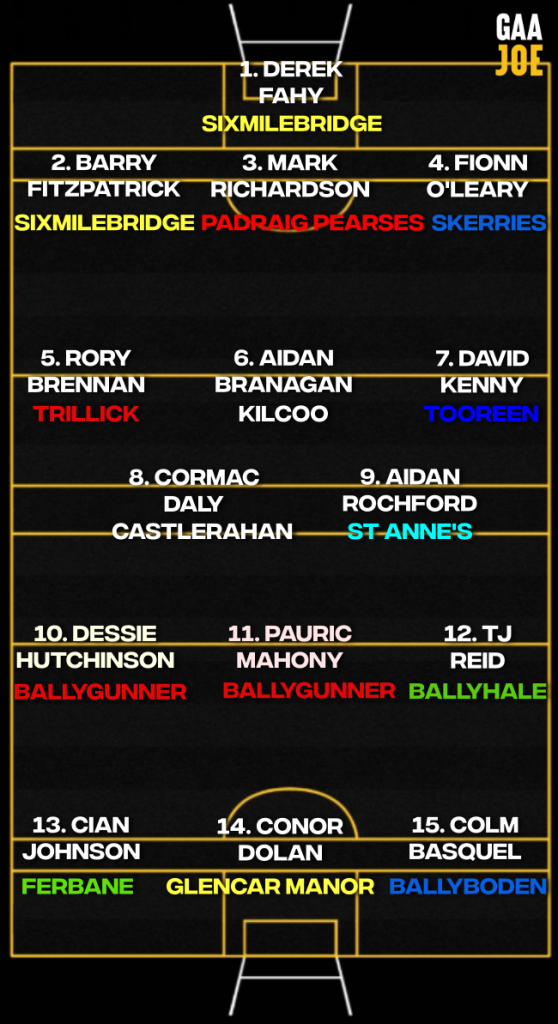 
popular
Kylian Mbappe reportedly wants PSG to sell Neymar
"The economy was one of the big reasons" - Cadogan's move from an electrician to personal training
Eamon McGee just couldn't help himself with Armagh-melee tweet
Strongest Ireland team to face New Zealand in Test opener, after squad set-back
QUIZ: Can you name these 50 Premier League players from the 2010s?
Mike Lowry and Peter O'Mahony in First Test contention as Ireland shuffle deck
"If he can channel it in the right way, he'll go right to the top of the game" - the brilliance of Rian O'Neill