"On a Friday night, their job should be simplified and they're going home relaxed then"

If you have a point to make, make it clearly.

If you have a job to pass on, pass it on with conviction. There's no use in tip-toeing around the crux of it, no point in beating around the bush.

Lar Corbett remembers his days hurling with Tipperary well. He recalls championship weeks like they were only yesterday.

Despite arriving on the Tipperary scene with a monumental bang and an All-Ireland at the tender age of 20, it would take Larry until he was 29 or 30 to really reach his peak.

In between, a sequence of heartbreaking hamstring injuries and a lack of confidence held him back. In his insightful and aptly named book 'All In My Head,' the mercurial Thurles Sarsfields club man described the managerial approach that incited this lack of confidence within.

It goes back to the days of Babs Keating. Tipperary manager between 2005 and 2007, the Ardfinnan man's approach was a little too lacks-a-daisy for Lar's liking. Teams mightn't be named until an hour before the game, big players were regularly dropped, Corbett became used to bollockings when he thought he was going well. 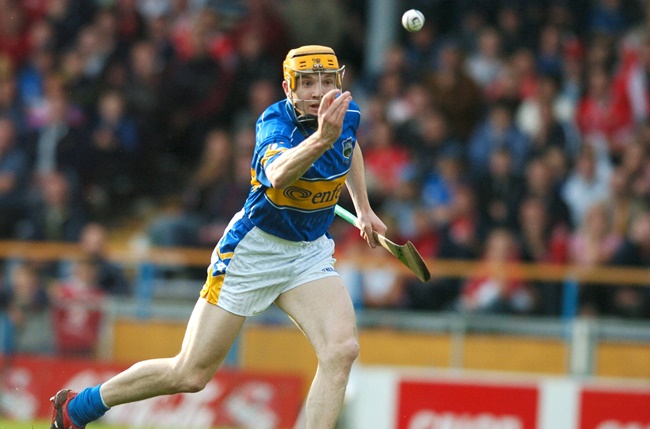 Players never knew what to expect.

Liam Sheedy and Eamonn O'Shea were the men who replaced Keating and immediately things began to change.

They simplified it for the players. The old saying goes that the only thing a player can control in a game is their work-rate and so O'Shea and Sheedy set out achievable targets for Corbett.

END_OF_DOCUMENT_TOKEN_TO_BE_REPLACED

Corbett was like a dog with a bone and with the work-rate rising, the scores followed.

O'Shea would regularly take the pressure off Lar's shoulders by telling him he'd scored enough or by telling him the only thing he expected from him was hard work, rather than scores.

Speaking on SportsJOE's new hurling show, Corbett and McGrath's Big Build Up, the 38-year-old explained what every player wants in the week of a game, and indeed what every manager should and shouldn't do.

"I wanted to know what my job is...don't give out a job in front of 30 people in a room and think they're all going to pick up on what I'm saying..."

That's the big one for managers. Be personable with players. Have a chat with them individually, lay it out clearly and on the line.

.@LarCorbett explains the one question every hurler - Intercounty or Junior B - needs an answer to on a Friday night: what's my job this weekend?!

"You have to simplify it for people, one-on-one...All players want to take the pressure off themselves as much as they can and so on a Friday night, theire job should be simplified and they're going home relaxed then.

Then they can have no complaints.

You can watch the rest of Corbett and McGrath's Big Build-up, brought to you by Centra and SportsJOE here.


popular
The SportsJOE 12 o'clock quiz | Day 113
"Never back against the Irish" - How the BBC covered our USA 94 win over Italy
Jack Charlton's role in getting Roy Keane to Manchester United has been revealed
Roy Keane on the experience of being managed by Jack Charlton at USA 94
Can you name every English football league club that begins with 'S'?
Max Holloway's class gesture after controversial UFC 251 loss transcends the sport
QUIZ: Can you name the first professional teams of these footballers?
You may also like
1 month ago
"I knew I didn't have the pace or strength, it was just get it and try kick it left or right"
1 month ago
"You had no other choice but to get down and dirty with these boys"
2 months ago
"It never crosses my mind that I lifted it on the pitch rather than on the stand"
2 months ago
GAA Hour | Tipperary v Galway 2001 All-Ireland hurling final
3 months ago
We give you the All-Ireland hurling final, you tell us the man-of-the-match
3 months ago
Even injury couldn't hold Richie Power's genius back
Next Page