"It seemed like both teams were involved in the schemozzle."

It all boiled over in added time, at the Athletic Grounds this afternoon, as Tyrone and Armagh players waded into each other.

Armagh beat Tyrone 2-14 to 0-14 to win the second of their 2022 Allianz Leagues Division 1 matches. However, much of the post-match talk revolved around a melee that saw four Tyrone players [three red cards, one black card] sent to the sidelines. Armagh's Greg McCabe was also sent off.

"At this remove, it's hard to say because we were on the sideline, and it was out in the far corner," he said. 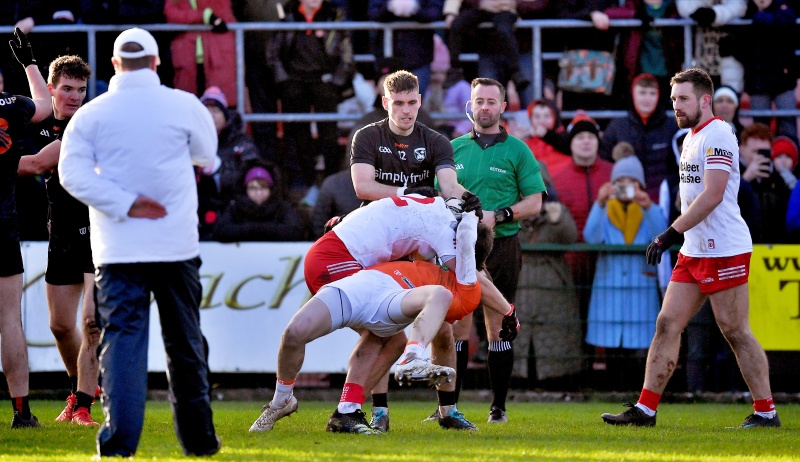 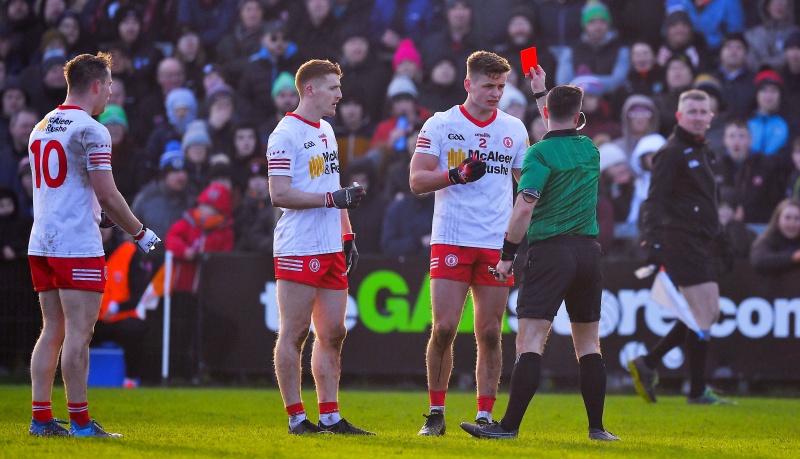 "It's the sort of silly stuff that can eat up the clock when you're coming into injury time," Feargal Logan added. "That seemed to be where it was.

"We'll have to study the video, and look at it all. How balanced or imbalanced the position is now we don't know. It seemed like both teams were involved in the schemozzle.

"We've just got to sit back, watch the video study it, see if we can redeem the situation in any way. There are good, fair procedures, and checks and balances in place, and we'll see where it takes us.

"I think it was a lot of jostling. I'm not sure how many, or if any, blows were struck, or striking actions. In fairness, it's not easy to deal with for a referee, his umpires and linesmen. We're not proud of it, and we'll have to study it. Whatever it comes through, we'll have to deal with it."

With the incident bubbling over for a while, and with many fans in attendance with phones, footage of aspects of the flashpoint did not take long to emerge.

Armagh were the better team but I swear I’ve seen worse melees. I can’t see any red cards here? pic.twitter.com/cwed3IFWay

The GAA will be studying all such footage, as well as that captured by TV cameras, and several players may yet be called in to explain their roles in the "schemozzle".