Sport is not only meant to be enjoyed by those on the terraces.

Sometimes we forget that sportspeople need to enjoy what they are doing too, otherwise they would never keep coming back season after season, for those endless slog jogs in January, or those extra weights sessions when their bodies scream no more.

Ouart the Ballagh's David Redmond admits that his love for hurling, and personal battle for his club to win a Leinster senior club hurling crown had taken its toll on his mentality, and his teammates, after losing four provincial finals in-a-row.

"It was starting to get into us a little but, into our heads a little bit. It doesn't help when you're constantly reminded around the area, and around the county too.

"This year it was kinda funny because people were kinda wanting us, praying for us to win so we wouldn't have to go through that again. I think all that helped us get over the line. I mean we had people from rival clubs saying "Oh God, Jesus, I hope ye win it this year, for your own sake". 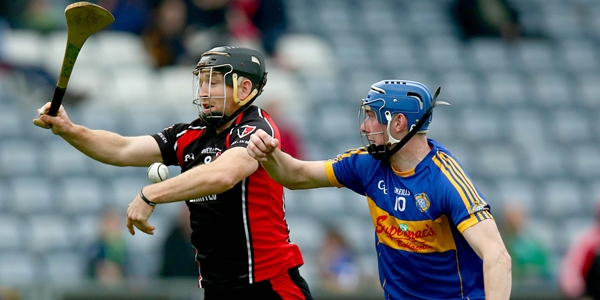 END_OF_DOCUMENT_TOKEN_TO_BE_REPLACED

Everyone had a theory on why the Wexford club side could not get over the endline in seasons when they had seemingly overcome much tougher obstacles on their way to finals. Hurlers on the ditch reached for the lazy conclusion the team was mentally weak. It was an insult Redmond felt stung even worse than the losses themselves.

"If you've got a team there and there's young lads and the mentality in Irish culture, you don't want to be seen as soft or a coward so that's a big thing that drove us on."

END_OF_DOCUMENT_TOKEN_TO_BE_REPLACED

Redmond was speaking as he was named the AIB Leinster club hurler of the 2015/16 season. The veteran was among 11 players to be recognised as one of the 'The Toughest' players of the last year for his efforts with the Wexford side.

Oulart's December Leinster success over Cuala of Dublin has seen them pitch up this weekend for a chance to make it to an All-Ireland semi-final final against Limerick's Na Piarsaigh. The 29-year-old feels that the club have taken great satisfaction for coming back year after year to face their demons when others may have quit trying.

"The easiest thing would be to walk away. Absolutely it would be the easiest thing but you can't walk away from every battle. That's one thing after winning the Leinster final this year, but to be part of team that stuck it out was most endearing, of this set up, with the same group of fellas." 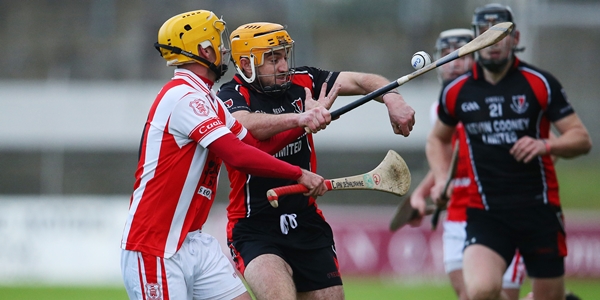 Oulart's 2015 success saw an outpouring of pent-up frustration and joy after years of the nearly men tag. How will the club, and players, now react to a new competition, one which has eluded them for so long?

"Looking at training and what management are saying and our own goals, we had to set a new goal obviously, and that's to win an All-Ireland title. We may never be there again. We're in a position now, we're two games away, so why not.

END_OF_DOCUMENT_TOKEN_TO_BE_REPLACED

If Oulart reach an All-Ireland club final this weekend, a certain Corkman is sure to be foremost in most players and supporters minds. Frank Flannery came on board this year to bring what Redmond feels was a much needed outside voice to the Oulart set-up. Redmond admits the now Cork senior hurling selector has asked the players to do something they never had done before, which has been crucial in their success.

"We were a poisoned chalice, so he was told. He took us and in fairness it was nice to win the Leinster final for him anyway.

"We're probably our showing our emotions when we're hurling and we're expressing ourselves a lot more. In training and in games he'd be asking us to do something different, to express ourselves.

"The way we're hurling right now is kind of, it's basically his personality that's shining through."