Kerry and Clare combine in lightning attack whilst St. Mary's prepare to meet an old friend

60 minutes from the big time.

All roads lead to Mallow this weekend as the Electric Ireland Sigerson Cup Semi Final games play out in Cork between real giants of the competition.

Within those games, counties are coming together for the good of the college. 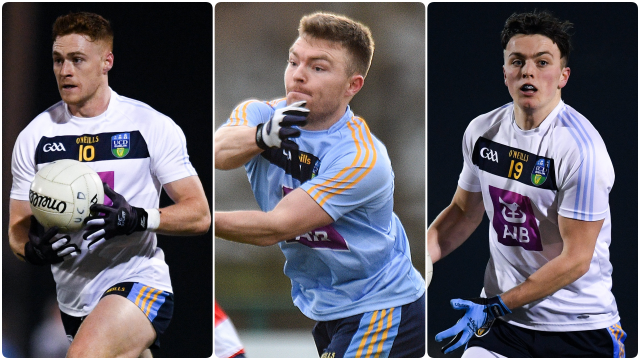 Three Ulster men from three neighbouring counties make up the UCD half-forward line in what is an engine room, a reinforcement and a creative hub.

Conor McCarthy plays a more advanced role than the other two and acts as the perfect link man between them and the inside duo of Con O'Callaghan and Evan O'Carroll.

It will be a particularly interesting day for Conor Meyler who has skin in both camps. It was only two years ago that he led St. Mary's Belfast to their first ever and only ever Sigerson title but now he's with the new champions and, now, his old teammates stand in his way. 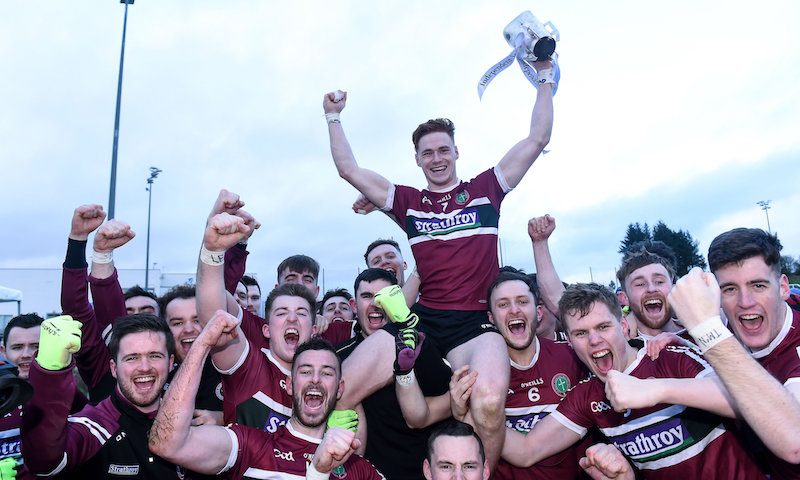 END_OF_DOCUMENT_TOKEN_TO_BE_REPLACED

He'll be helped by Luke Fortune on the other wing who is just getting better and better. The versatile Breffni man has represented his college and county in the full back line, in the half back line and on the other 45' and he lit the place up two weeks ago with a phenomenal goal against DIT, taking the ball the whole way from the sideline and ripping the net.

What a goal from @CavanCoBoardGaa man Luke Fortune, taking it the whole way from the sideline for @UCDGAA ⚡⚡#FirstClassRivalspic.twitter.com/sKRnfNjMR4

Even with Liam Silke missing from the half back line for UCD, owing to club commitments for Corofin, the champions will take some stopping.

We could talk all day about Sean O'Shea and what seems to be a customary 12 points he's posting for Kerry and UCC in every game and, in the other changing room, the exhilarating career of Kieran Molloy is well documented, as is the rise of Cein D'Arcy and the consistent class of Peter Cooke. 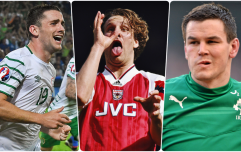 END_OF_DOCUMENT_TOKEN_TO_BE_REPLACED

But there are two hotshots for UCC who have routinely been going about their business and their trade is one of destruction.

Paudie Clifford won the All-Ireland junior title with Kerry last year and it doesn't take the most trenchant researcher to work out that he has decent genes in his make-up. The Fossa forward is in flying form and his 3-1 against Athlone earlier in the tournament is just a warning shot of what he could do if you even think of taking your eye off him for a second.

Despite a real traditional rivalry between Kerry and Clare and a feeling in the Kingdom - as Paul Galvin once put it - that the Banner outfit needed to be kept down for fear they'd rise and rise, both counties come together for Sigerson and for UCC. The electrifying Eimhin Courtney joins Clifford in a razor-sharp Cork attack that will cause NUI Galway all sorts of headaches.

The former St. Finnian's student made his senior inter-county debut for Clare last season and, in this his fourth year with the college, he has the opportunity to lead the mighty UCC back to the final for the first time since 2015.

Brought to you by Electric Ireland</span


popular
In 86 seconds, Patrick Bamford becomes English football's voice of reason
'Make him hurt, make him yours' - How the Springboks ruled the world
Springboks legend Tendai Mtawawira tells us what he really thinks of Ellis Genge
Jose Mourinho is the picture of happiness and health after Spurs sacking
'Beast' Mtawawira is a big fan of Mike Ross' Lions front row
"We did find him hours later and we made up." - How Flynn and his best friend came to blows in Croke Park
Jose Mourinho is about to step up and become the hero football needs

You may also like
3 weeks ago
Everything you need to know about this year's Fairyhouse Easter Festival and Irish Grand National
1 month ago
5 really simple fitness tips you can do at home
1 month ago
Feeling they're not "good enough" prevents teenage girls from taking part in sport, research reveals
3 months ago
Story of teenage Ryan Baird in Leinster gym tells us an awful lot about his athleticism
3 months ago
Praise for Connacht's big win and Ulster's emerging talents on House of Rugby
3 months ago
Marcell Coetzee tells House of Rugby about his vow to Ulster
Next Page