Former Donegal manager, Jim McGuinness has caused a stir (as he so often does), with his recent column in the Irish Times.

He claimed that football is going "soft" and believes that although many are praising the high scoring aspects of the modern game, it is actually losing a bit of its heart.

END_OF_DOCUMENT_TOKEN_TO_BE_REPLACED

Colm Parkinson discusses the column on the latest episode of the GAA Hour.

"Jim McGuiness isn't happy about this at all, he's really pissed off. This is really annoying him that there has been some good games, this is in the Irish Times. Here is the opening paragraph:

"The heart has gone out of Gaelic football, much of last week's games in Ulster were lauded. I feel there is a real danger of what makes the game special and unique is about to be lost. There is a conspicuous lack of physicality. A pronounced absence of aggression. A dearth of turnovers. The game has become sanitised – and, in my opinion, soft." 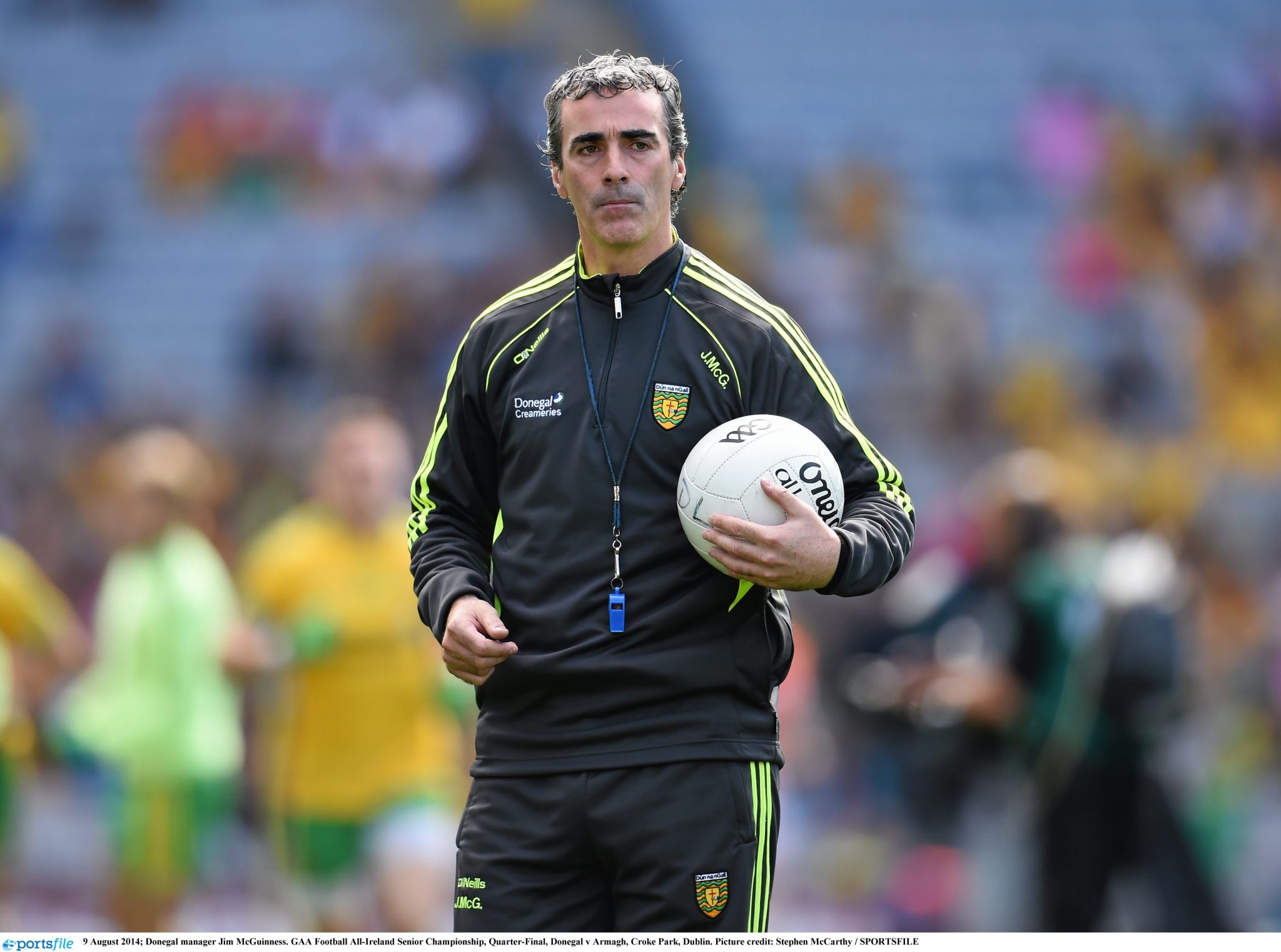 Former Donegal player, Brendan Devenney was also on the show, and he attempts to break down what exactly his old teammate is trying to convey.

"This all comes in cycles, five or six years ago we were just on about the absolute horror of blanket defence, and low scoring games.

END_OF_DOCUMENT_TOKEN_TO_BE_REPLACED

"The low scoring games thing is corrected, but the tactics are still in the background, and they're churning and churning, they're going to keep changing, but at the moment what he's talking about, is people aren't going to engage, because it's all abut playing the percentages.

"Everyone is dropping back in, trying not to concede frees, that's why there's been so much scores from play. The tackling has dropped off, no one is actually going man to man.

"There's so many players around now. Look at Clifford - if he doesn't score, Kerry still score 4-22 or whatever they got, that's where the modern game is now, everybody's scoring. 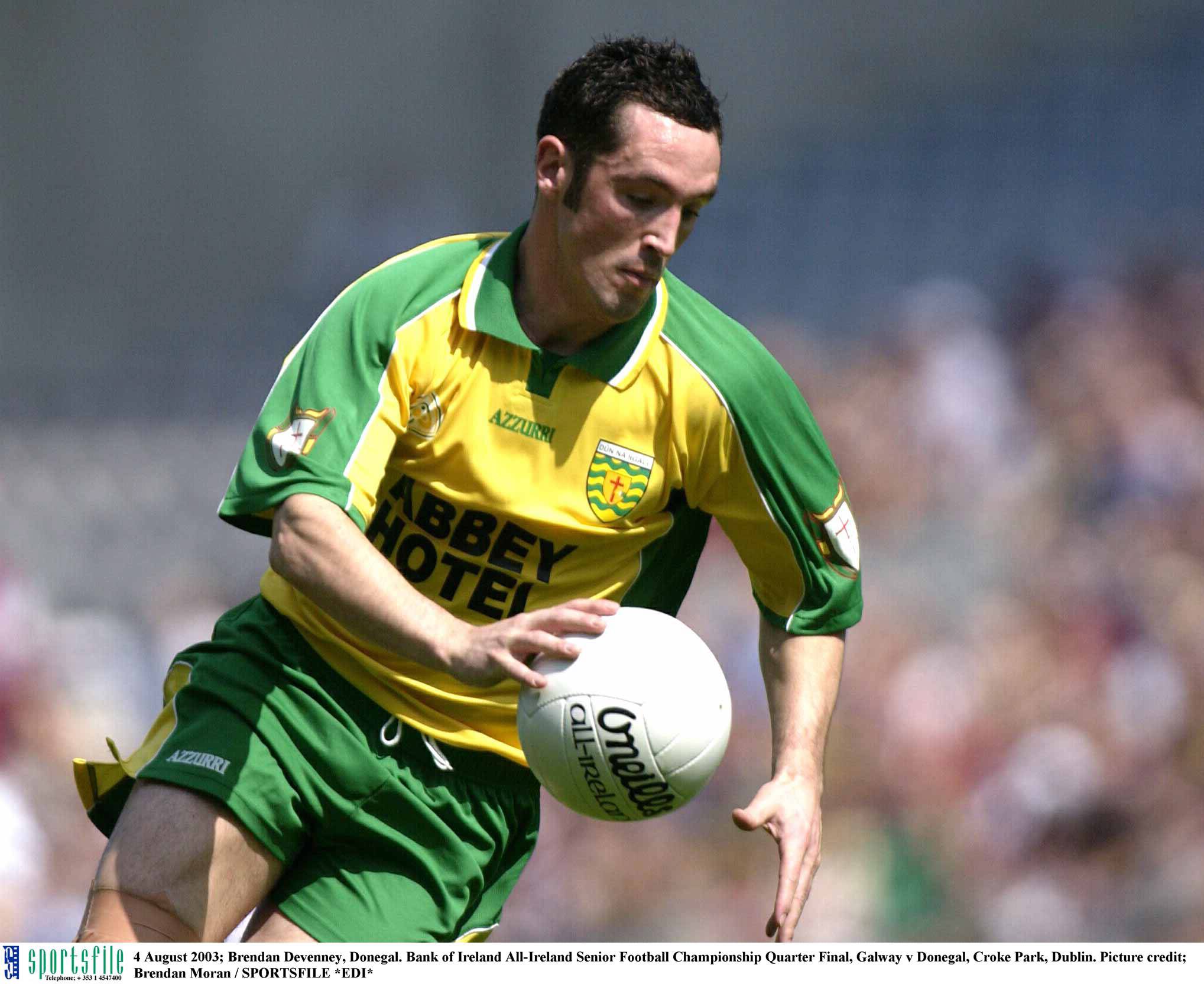 "If you remember years ago, your free-kick taker would have hit whatever, one might have chipped in with a score here and there, you didn't have nine or 10 players involved in the scoreline.

END_OF_DOCUMENT_TOKEN_TO_BE_REPLACED

"So that means there's this consistent game that's going all over the pitch, which means people aren't engaging because people are so good on the ball. Years ago you would have got them boxed in, but now no one is getting the ball off them.

"At training everyone is practising 'keep the ball, keep the ball' and because you don't want to give a foul, that's why the aggression isn't there in the tackle.

"And you see once possession is turned over, you think 'here we go, it's going to take a couple of minutes for a proper engagement.'

"So that is the kind of sanitised thing Jim is talking about, but it would never scare me that, because we have seen so many changes now over time.

"I was just thinking back to Tyrone and Monaghan, the last time they met in an Ulster final was 11 years ago and so much has changed, that year was when Dublin last lost a Leinster match.

"Look at the changes in football in that time, who is to say what the next 11 has in store? But I wouldn't be that worried about it, although I can see his point."

Listen to the full discussion on The GAA Hour now.


popular
Frank Lampard pays emotional tribute to Seamus Coleman in front of Everton squad
No need for Sky Sports to apologise as Shane Lowry stays in PGA mix
Rangers legend says he and Roy Keane didn't speak during Man United spell
The breathless finish to the Joe McDonagh Cup that could potentially drag Tipp into the quagmire
Dele Alli praises 'legend' Seamus Coleman after Everton avoid relegation
PSG offer Kylian Mbappe 'complete control' with insane contract offer
Florentino Perez tells Real Madrid squad of Kylian Mbappe transfer U-turn
You may also like
4 days ago
Eamon McGee reveals what Rory Gallagher was like under Jim McGuinness
5 days ago
If you're going into battle alongside Gareth Mckinless, then you will always have a chance
5 days ago
Rory Gallagher absolutely loses his mind celebrating as Derry beat Monaghan in Ulster semi-final
1 week ago
Monaghan will be a "different kind of challenge" compared to Tyrone says Derry boss
1 week ago
"I enjoyed it" - Padraig O'Hora opens up on his battle with David Clifford in League final
1 week ago
The All-Ireland hangover is a real thing, Dublin's dominance just made us forget about it
Next Page