I've never felt fitter. I'm like a hybrid between a cross country runner and a one-man kettlebell machine.

It's been some journey since January, all discipline, no craic in a routine that could only be compared to the life and times of a devout monk.

In fairness, I've always known Sunday as a holy day.

In Moatfield we gathered but it was for another type of sermon. What's it they always say? You don't appreciate the simple joy of muck and dirt splashing onto your grimacing face until you're not running laps with your teammates of a winter Sunday morning. That's the one.

Sundays aren't so holy these days. You wouldn't recognise it from Tuesday.

We had a good run of it last year that brought the buzz all through the summer and into the county final. These days, as you puck away with your new best friend that is the concrete wall behind the stand, you find yourself showing symptoms of early onset dementia. Are they actually real, the memories that come and go of Tuesday night training sessions with the sun setting and the protein milks popping? After some soul-searching, I still couldn't tell you what was what and what wasn't. 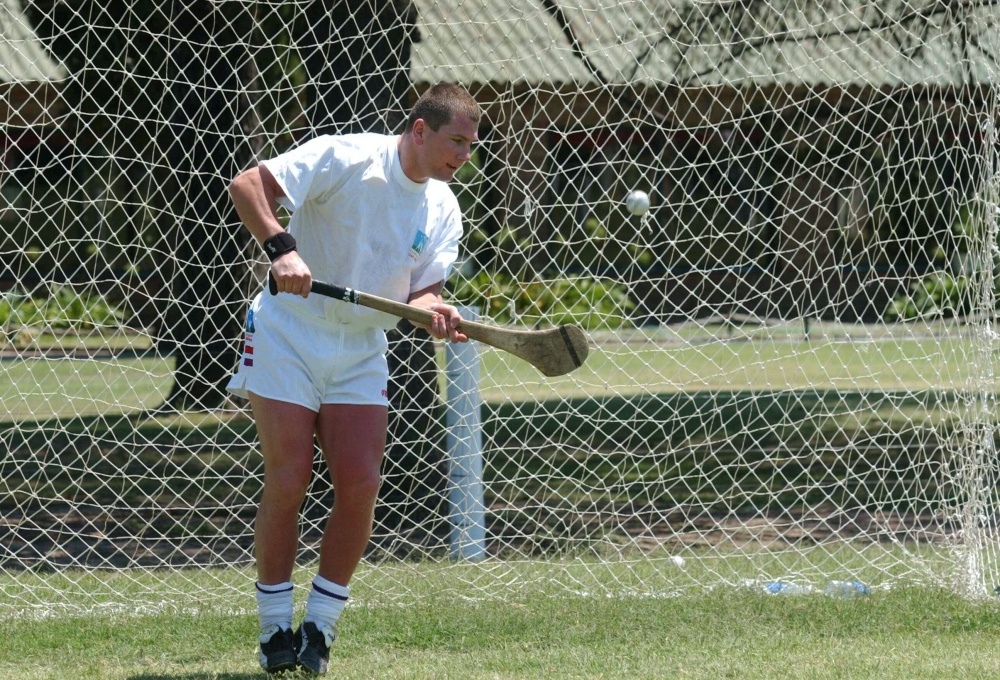 If you were to ask me how I pass the day, I'd be inclined to describe myself as more of a full-time athlete than a GAA player this weather. The European indoors were on the tele last week and with a bank of long runs, shuttle runs, suicide runs, any sort of runs you can think of under my belt, I was in a state of mind to compete in the men's 3k. That's not to mention the discipline and sacrifice that has me wondering what the inside of a pub actually looks like.

As I watched on from the comfort of my own couch, it suddenly dawned on me that a suspected case of lock-down delusion is yet another cause for getting the head examined.

Last March was a simpler time. 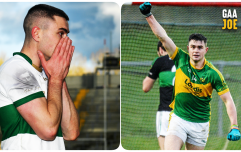 END_OF_DOCUMENT_TOKEN_TO_BE_REPLACED

Back then, it smelled like more of an opportunity than a drag when training and games were off the cards for the foreseeable. The long-touted idea of hitting the gym hard, bulking up and coming back like an absolute animal was, finally, in the driving seat because there were no excuses anymore. No evening traffic to change your mind in, no upcoming games to convince you that a rest was for the best for the fourth night in a row.

Dumb-bells switched to sand-bags, plates became tyres as the state of the art gyms in DCU and House Fitness were dropped for a farmyard in north Tipperary. It could have been worse. The dogs were fully sure I'd lost the plot when they saw me bench-pressing a crow-bar off a square bale but progress was made (the only way was up) and with summer championship Sundays in the heart and mind, motivation wasn't hard to come by either.

This time around, predicting when the club championship will take place is like throwing darts in the dark. But sure we give it a go anyway. Ah, there won't be a ball pucked all year, and you can hold me to that. I'm telling you here and now, they couldn't give a continental about the club players. Maybe they'll scrap the league will they? Money talks bud, and they could make a killing off me and you going to county games in September. Yeah I suppose you're right. Any other craic, no? NO.

It's spring-time now. Usually, spring-time heralds the launch of the county leagues. The competition could take us to Borrisokane, to Cloughjordan...County leagues gone by almost had me reminiscing there but while times are tough, thankfully they're not that tough.
Keep the faith lads. This tunnel will see a chink of light yet.


popular
Names beginning to emerge from Lions stand-by list for South Africa
The SportsJOE 12 o'clock quiz | Day 351
Ronan O'Gara will never forget his first encounter with Jonah Lomu 'in his pomp'
"I'd play it in the back garden if I could. We've been training for this since last September"
"Some people just have different passions" - Geezer sees where Clarke is coming from
Finally, Gaelic football is returning to our TV screens - what's on and where?
"I’d love to do my Colin Corkery impression and play Junior B football. It depends on the body"
You may also like
2 weeks ago
The good times are coming back, non-stop GAA on tv for opening weekend
2 weeks ago
Recovery rooms and GAA's newest trend keeping players injury-free after fast start
3 weeks ago
Even with the sun shining on the Gold Coast, Orla O'Dwyer's mind is back in Tipperary
3 weeks ago
With her wand of a left foot, Orla O'Dwyer sets up goal of the year in AFLW grand final
1 month ago
"I don't think the League will be taken seriously" - Hogan calls on GAA to think about the club players
2 months ago
"The GAA need to be more aggressive. They need to pull some of this back"
Next Page