All through the winter, Jerry Kelly, the 21-year-old from Tipperary had been making a name for himself.

The scores were one thing, the skills were another but it was the slogging, the spirit and the fire that set him apart. In the rain against Ballygunner, Kelly's desire and power knocked numerous Waterford men over and had Páirc Uí Rinn warm on a cold day.

He's not the leanest nor the quickest but Kelly has a passion and a work-rate that's impossible not to admire, hard not to love. A cult hero by his very nature.

In Sunday's All-Ireland club final against Ballyhale Shamrocks, Borris went down but they went down fighting. Kelly didn't leave anything out there.

Jerry Kelly is having a spiritual awakening in Croke Parkpic.twitter.com/HxpASKa6d3

TJ Reid proved the difference once more as his leadership and all-round class took Ballyhale to a record eight title, but that man Kelly yet again raised the loudest roar.

By the end of it, the Borris crowd were roaring him off the pitch and even in defeat, they'll take some pride from their club's displays.

It was the Borris-Ileigh crowd who cheered first in Croke Park. That man Jerry Kelly was riling them up. 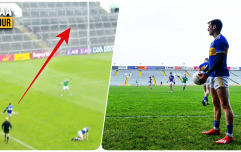 END_OF_DOCUMENT_TOKEN_TO_BE_REPLACED

The game was only two minutes old when Kevin Maher found him along the end-line, presumably expecting his teammate Kelly to spray the ball back out the field to an onrushing Borris attacker. Kelly rarely follows expected lines.

From what must have been a 140 degree angle, Kelly sliced it low and hard with the most ambitious of strokes. He followed it with a pointed finger and a flailing arm, feeling the need to ensure the umpires that he could do it from there.

Kelly made no mistake, the white flag was raised and the maroon bunting was flying high in Croke Park. Kelly leapt into the sky on his way back to Michael Fennelly and this game was on.

The raw desperation and the silky skills, Kelly has a mix of it all and it's incredible to watch.

This wasn't a flash in the pan though. This was a spiritual awakening.

While TJ worked the oracle as he so often does down the other end, it was Kelly who was keeping Johnny Kelly's team in the game. A sideline from the 21, this time from a slightly more inviting angle, Kelly slotted it with the minimal of fuss.

Ballyhale kept scoring, the marvellous Paddy Mullen spinning them over from all angles but the fired up 11 in the red helmet kept coming back for Borris.

He plucked a skyscraping Seamus Burke clearance over Fennelly's head before hoisting it over off the back foot. Seemingly, all Borris had to do was get their man on the ball.

Somebody call the fire brigade, because Jerry Kelly of @Borris_GAA is on flippin' fire on Jones' Road 🔥pic.twitter.com/LJha0PwSXW

END_OF_DOCUMENT_TOKEN_TO_BE_REPLACED

But battles were being lost elsewhere. Darren Mullen is one of the tidiest corner backs around and he was cleaning up in the Borris full forward line.

Eoin Reid was tipping away inside as he always does and Colin Fennelly was doing his bit. It didn't feel this way, but Ballyhale went into the break with a four point advantage leading 0-10 0-6.

Borris still had chance though, that man Kelly had played one of the finest halves of club hurling ever seen. A man for the big stage, everything he touched out there turned to gold.

He had seven possessions in that first half, scoring four from play and setting up two scoring chances. 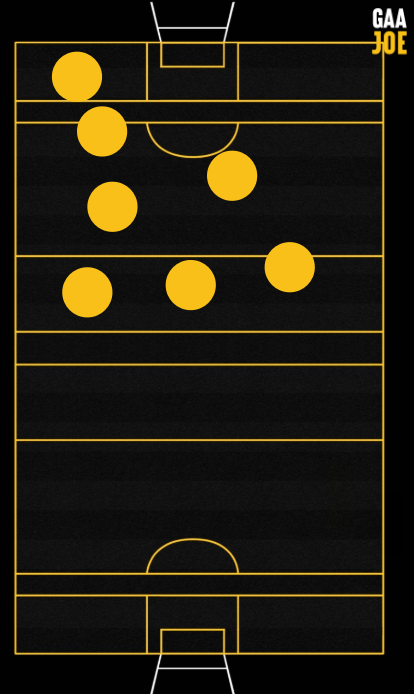 But right after half-time, Ballyhale did to Borris-Ileigh what Kilkenny have done to Tipperary so often over the years. They hit hard, and they hit with conviction right after half time and before Borris knew it, this game was slipping away from them. 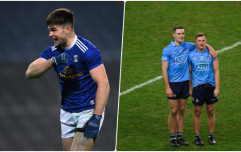 END_OF_DOCUMENT_TOKEN_TO_BE_REPLACED

Paddy Mullen spun another gorgeous curler over the bar and TJ was tacking on the frees. Brendan Maher was coming into it but too often, the ball into the Borris full forward line was too high and too hopeful.

Ballyhale men mopped it up gleefully.

Into the last ten, Borris made a rally, that man Kelly channelling the fire once more with two more gorgeous scores but it wouldn't be enough.

TJ, as he so often does, had the last say and he hit two pivotal scores in the last ten to reach immortality with Ballyhale Shamrocks. Eight All-Ireland club titles, the first club ever to do it.

Another masterclass from TJ Reid.@BallyhaleGAA are All-Ireland club hurling champs for a record 8th time.

They are the greatest club hurling side ever.

When his club were under pressure, TJ Reid came up with two pivotal scores in the last five minutes.

They will be remembered as one of the best and this hour from Kelly, won't be forgotten either.

You may also like
19 hours ago
Gaule honoured as camogie player of the year for a second time
1 month ago
"Even the lads I did like - for 70 or 75 minutes, I had to hate them" - Ryan O'Dwyer and a tale of two jerseys
2 months ago
"The way Tipperary approached this game, I thought it was refreshing"
3 months ago
Cillian O'Connor the record-breaker as Tipperary fairytale ends
3 months ago
"I think the momentum we had gained helped us against Cork" - Christie agrees with Tailteann Cup
1 month ago
"I’d have massive respect for him as a person, but I was very disappointed in that"
Next Page