'Is this actually from Davy or is it one of the boys taking the piss?'

"I'm grand for the moment but maybe after tonight or Sunday, I could be gone again!"

Former Offaly star, and current RTE pundit, Michael Duignan has been on the sharp end of a Davy Fitzgerald riposte, or two, but he is thankful they put their differences to one side.

END_OF_DOCUMENT_TOKEN_TO_BE_REPLACED

Both men are passionate about hurling and the way it is played, but they had an opportunity at a fundraiser in Kildare, a couple of years back, to thrash out their disagreements and shake hands.

For Jamesie O'Connor, he was twice left to respond to full-on text messages with phone calls to defend himself.

Duignan and O'Connor were a couple of guests at the Crown Bar, on Thursday, for a big Wexford versus Tipperary preview as part of The GAA Hour. Both men told host Colm Parkinson [from 4:00 below] about crossing the path of the fiery Wexford boss. 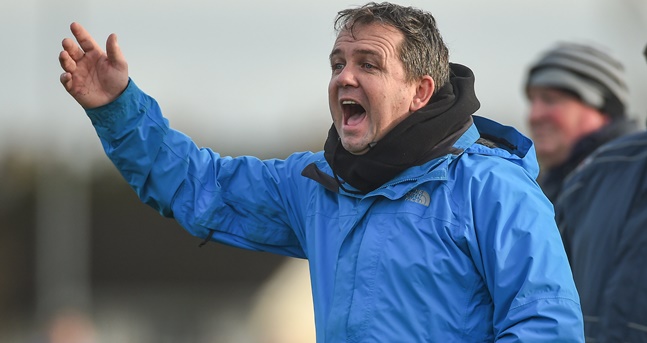 END_OF_DOCUMENT_TOKEN_TO_BE_REPLACED

In Fitzgerald's recent autobiography [with Vincent Hogan], he claimed Brian Lohan and O'Connor - his former Clare teammates - have 'been cutting the back off me since I took over' as Banner boss.

Davy Fitzgerald added that he had called O'Connor on a couple of occasions to have it out with him. O'Connor gave his take on the matter:

"Look, I'll tell you a little story," O'Connor begins. "It was Davy's first game in charge [of Clare, against Limerick] and I think they shipped five goals to Galway in a game in Salthill, in the previous championship.

"I was working with Setanta or eir Sport on co-commentary, and Clare got the first score. Then someone drove through the middle of the Clare defence and got a goal. There was a break in play - someone got injured - and we had the monitors there, so we cut to the goal. I made a comment like, you'd think the one thing that would be addressed after last year would be the defensive frailties.

"And after that, Clare hurled Limerick off the pitch and Conor McGrath was on fire. Podge Collins played well too. I couldn't have been more effusive of Clare and the way we were playing. We hockeyed Limerick inside at the Gaelic Grounds.

"I was in school on the Monday morning and there was a ping on the phone around 12 o'clock. A message, from an unidentified number.

"There was a big, long spiel about how I was cutting the back off him and how he'd never cut the back off me. I was saying to myself, 'Is this actually from him or is it one of the boys taking the piss?'

"I got on with lunch but then thought I'd ring that number. And I asked him [Davy], 'Did you actually see it? Did you hear what I said?'"

"Davy said, 'No. One of the boys in L.I.T saw it and said you were cutting the back off me'.

"What do you say, like?! So I said, 'Listen, that's not my style. Surely you know me better than that?' We hurled together for years. But, listen, that was that. You shake your head and get on with it when you get off the phone." 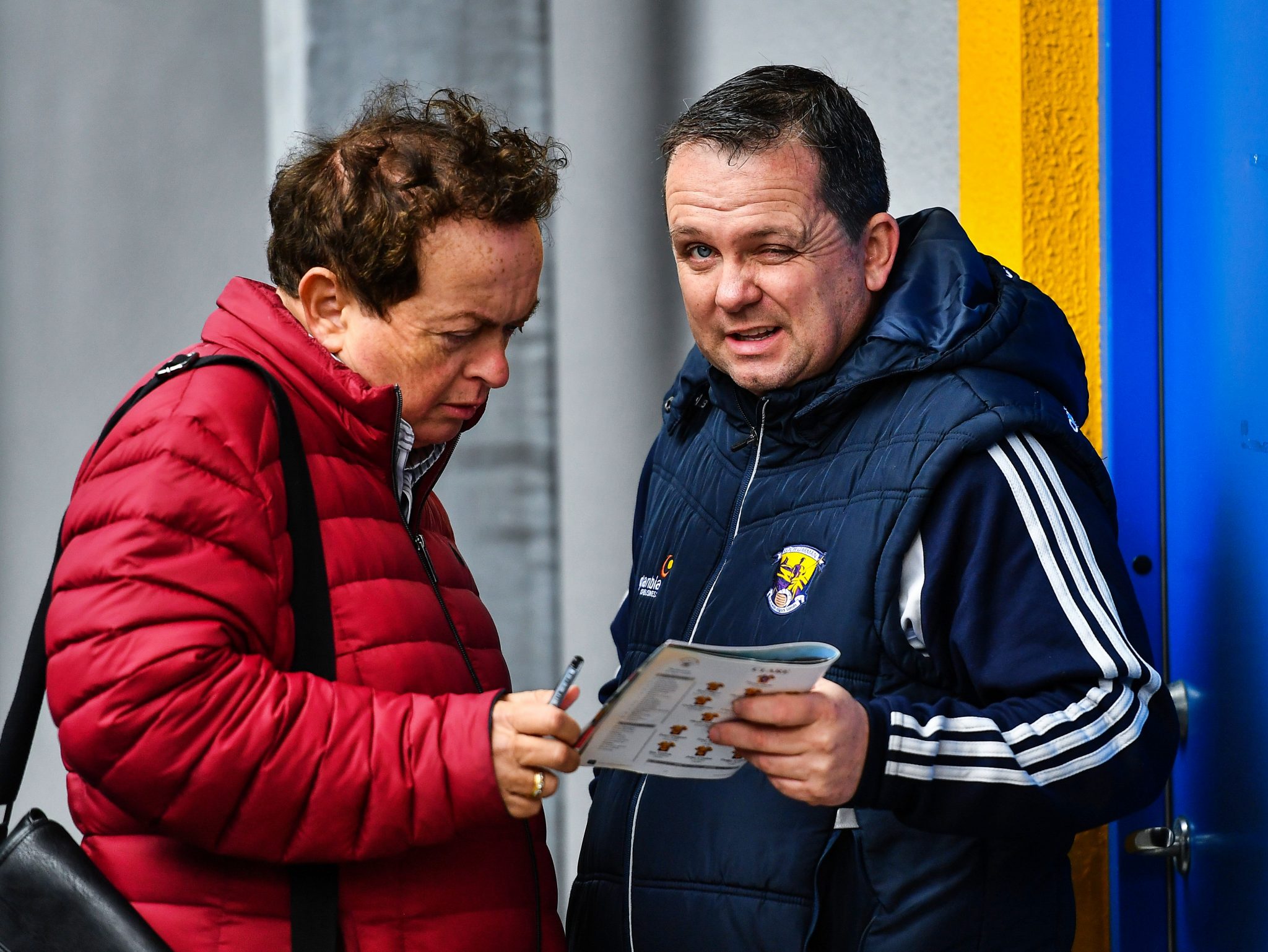 "I was doing a column for the Sunday Independent," O'Connor continued, "and I thought I was fair, honest and that I gave my opinion. I didn't agree, necessarily, with the type of hurling we [Clare] were playing. Where Shane O'Donnell was a real threat but we were playing with a sweeper and there was an extra defender sitting in front of [Shane] so we were hitting the ball out to the corner flag.

"So I gave my opinion and he obviously didn't take too well to it. There's nothing personal to it and you'd know that. I'd say I've only spoken to Davy a handful of times in the last decade.

"Again, there was something again in the Sunday Independent. I wrote a critical piece after his last year with Clare and said that maybe we needed to get [coach] Paul Kinnerk back in and get Podge back into the fold again.

"Again I get another text from another, different unidentified number! Again, I rang the number, we had a chat and we agreed to disagree. But he hadn't actually read the entire piece, so you are just shaking your head the whole time." 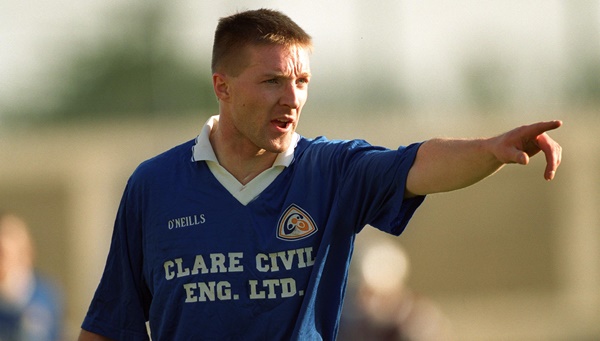 For O'Connor, the clashes were no lasting hassle but he is surprised at the clashes between Davy Fitzgerald and Brian Horan, who had a close playing relationship that helped lead to two Sam Maguires for Clare.

"Lohan minded him for the best part of 15 years," he said, "so that's a pity... that relationship is fractured beyond repair."


popular
Shane Lowry on his Tuesday duels with Rory McIlroy at The Bear's Club
Gary Neville confirms he will work for Qatar's beIN Sports during World Cup
QUIZ: Name the 2018 World Cup Goalscorers
Ex-Anthony Joshua opponent hopes Chris Eubank Jr gets brain damage
QUIZ: Can you name the sponsors of all 32 of these old county jerseys?
Predicting the 31 biggest knock-out championship games around Ireland this weekend
Sean O'Brien to join Naas RFC so he can play All-Ireland League rugby
You may also like
3 months ago
Join our ultimate sports quiz in Dublin for a chance to WIN a trip to a Premier League game
6 months ago
Join Munster legend Billy Holland for this free mortgage masterclass
8 months ago
[CLOSED] COMPETITION: WIN a two-night stay at the luxury Trident Hotel in Kinsale Harbour
9 months ago
Here's where you can find some incredible deals on exercise machines in 2022
9 months ago
WATCH: This clip shows just how amazing amateur clubs in Ireland really are
10 months ago
Pieta and Shane Carthy encourage people to take part in #HopeOverSilence this Christmas
Next Page