Armagh staged a stunning comeback from six points down to force extra time, but no-one was talking about the thrilling on-field action. Damien Comer suffered a grim rake to the eyes and his Galway teammates were incensed.

As both sides headed for the changing rooms, an almighty brawl broke out on the sidelines. Armagh coach Kieran Donaghy was attempting to keep the players apart, but the former Kerry forward could not stem the tide as both sets of players flooded the scene.

Seconds after Rian O'Neill had equalised, there was a spat that centred around Damien Comer soon escalated. In the midst of the melee, Comer appeared to be raked across the face, with contact made with his eyes.

Violent scenes then erupt as the full-time whistle goes, including an apparent eye gouge, as the teams head for the tunnel. pic.twitter.com/KO6qbjHdRC

"A shame on all the players involved"

During the break between the final whistle and extra time, the RTE panel discussed the nasty brawl.

"It's disgusting," said former Armagh star Oisín McConville. "It's something we don't want to see."

"Disgraceful scenes," added Pat Spillane. "A shame on all the players involved. There was a gouging incident... Holy God."

"Disgusting. Scandalous. We can't hide behind this. We should be talking about a great game of football, and then they went and destroyed it."

The #sundaygame panel react to scenes of striking and apparent eye-gouging in the aftermath of the full-time whistle in Croke Park. pic.twitter.com/gRWROHanpv 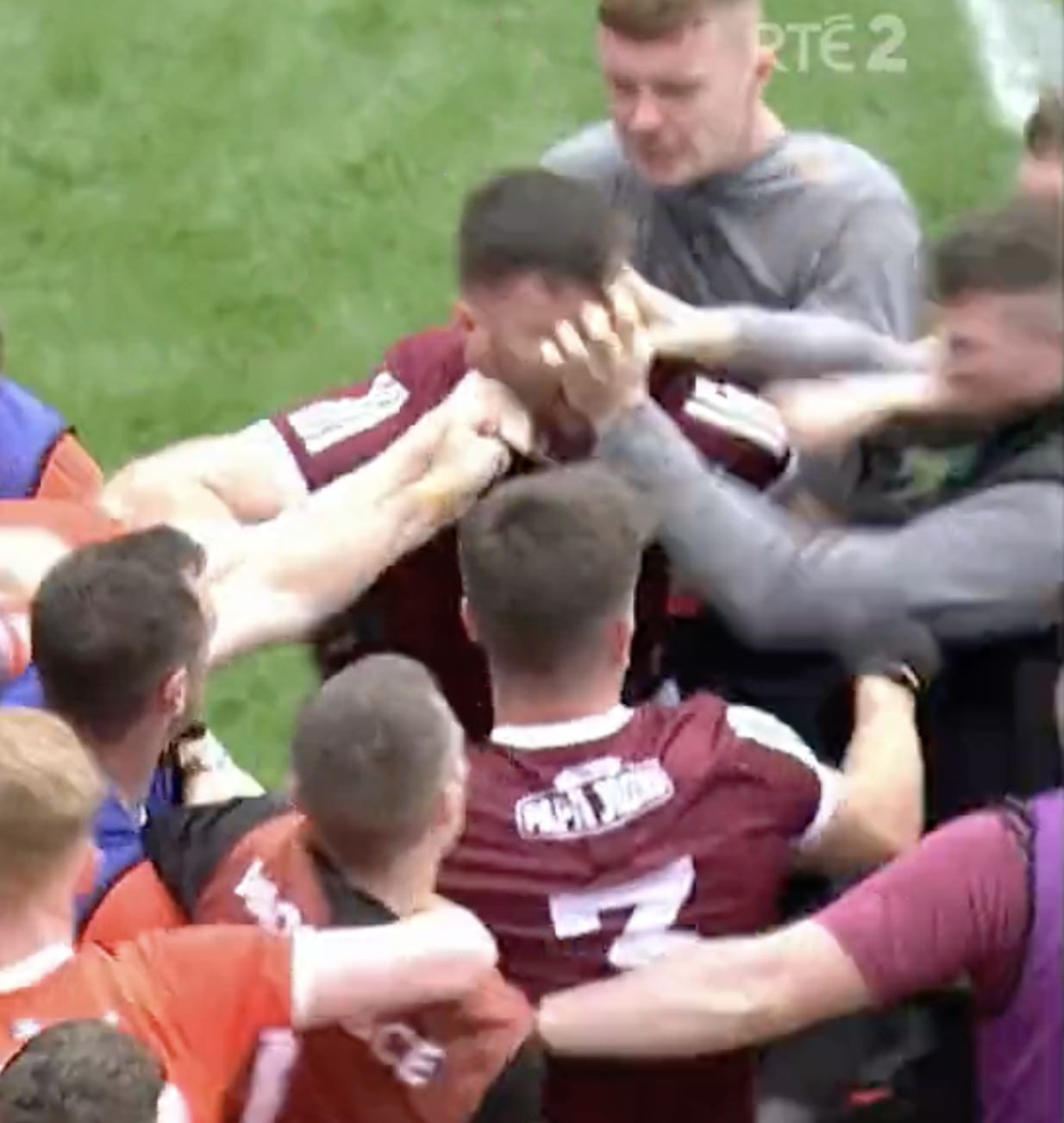 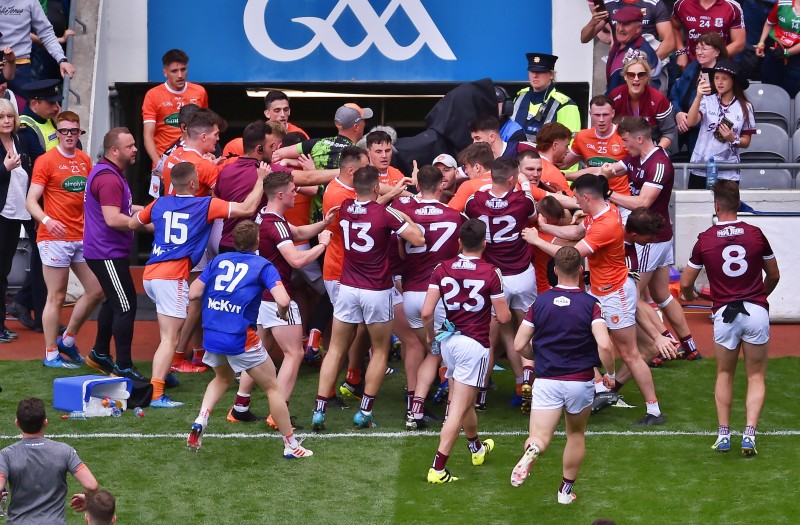 Players and officials from both sides become embroiled as they make their way to the dressing rooms after full time ended in a draw at the GAA Football All-Ireland Senior Championship Quarter-Final match between Armagh and Galway at Croke Park, Dublin. (Photo by Daire Brennan/Sportsfile)

You may also like
18 minutes ago
Angry Frenkie de Jong 'tells Barcelona teammates he could join Man United'
1 hour ago
Erling Haaland registers strange statistic on home debut as Mark Travers keeps the City score down
3 hours ago
Barcelona allowed to register four new signings, but Jules Kounde misses out
3 hours ago
Luke Chadwick recalls furious Alex Ferguson reaction when he rejected loan move
6 hours ago
The biggest and most shocking omissions as fans select Premier League all-time XI
1 day ago
Barcelona sell off a further €103m in assets to register new signings
Next Page