"It was one of the weirdest things I’ve ever seen."

However, yo could argue that the opportunity for one of them was completely gifted to him by Kerry's Jack Barry.

Speaking on the GAA Hour, Colm Parkinson breaks down the moment of madness.

"Jack Barry for the McKenna goal, what was he doing? Now, what is he doing, seriously?

"If this was a wing-back like Paul Murphy who’s crap under a high ball - this is a midfielder, high balls are his bread and butter.

END_OF_DOCUMENT_TOKEN_TO_BE_REPLACED

"He lost it in the air, and then he turned around, how is he not catching… you’re meant to trust the midfielder in that situation, you’re meant to have full trust. Like a Darragh Ó Sé, a 45, and you’re out the field going, ‘He’ll catch this.’ 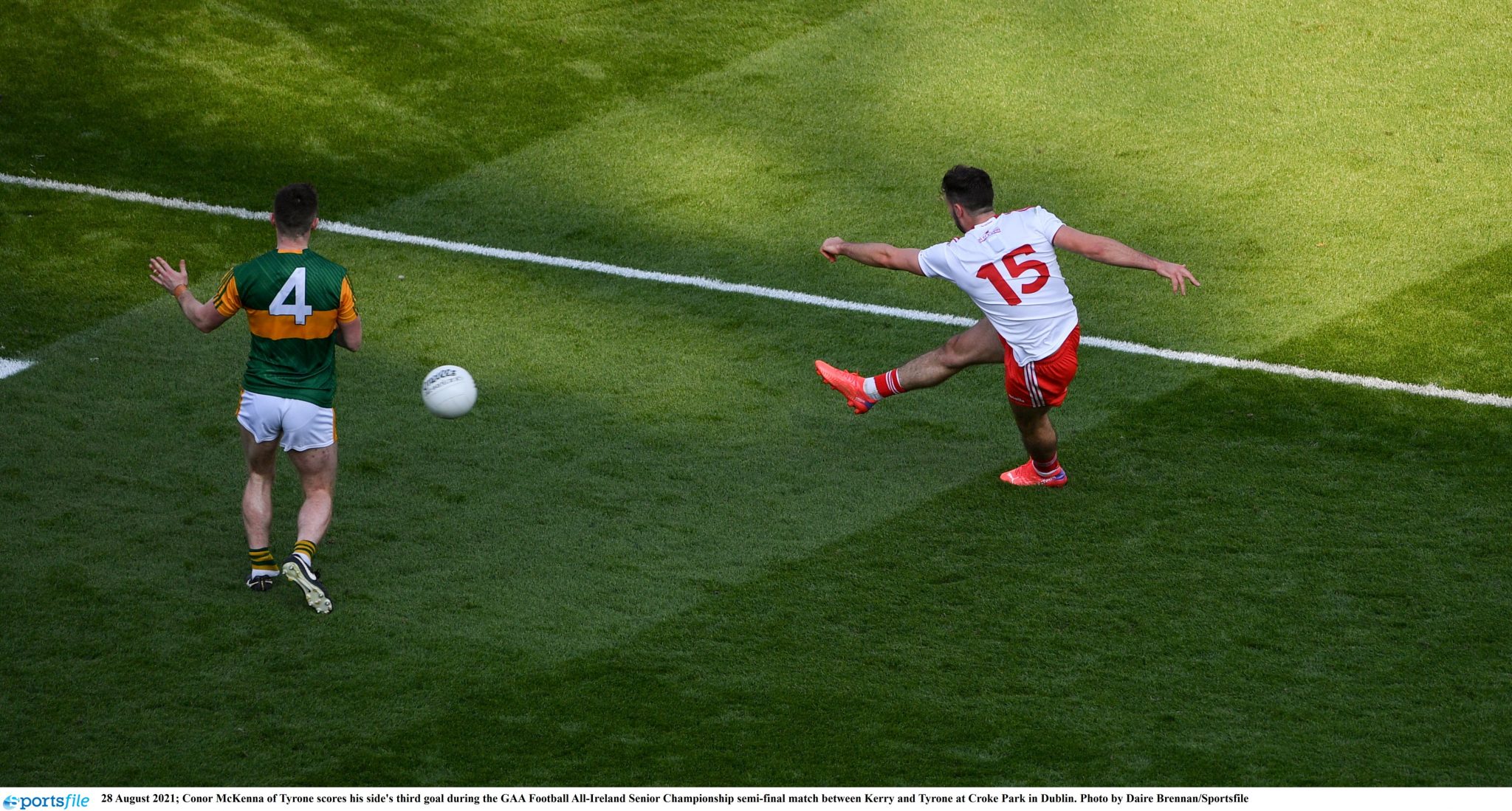 "And then you’re like ‘Jeez, he’s catching it even over the crossbar,’ you trust your midfielders… he kicked it straight to McKenna!"

Dublin legend Alan Brogan, was also on the show and he weighed in with some potential reasons as to why Barry kicked it the way he did.

"With all respect to Jack Barry, he’s not Darragh Ó Sé.

END_OF_DOCUMENT_TOKEN_TO_BE_REPLACED

"Maybe he lost it a bit in the sun, it was a bit strange. When I saw it first I was like ‘there’s no way this is going to land straight. 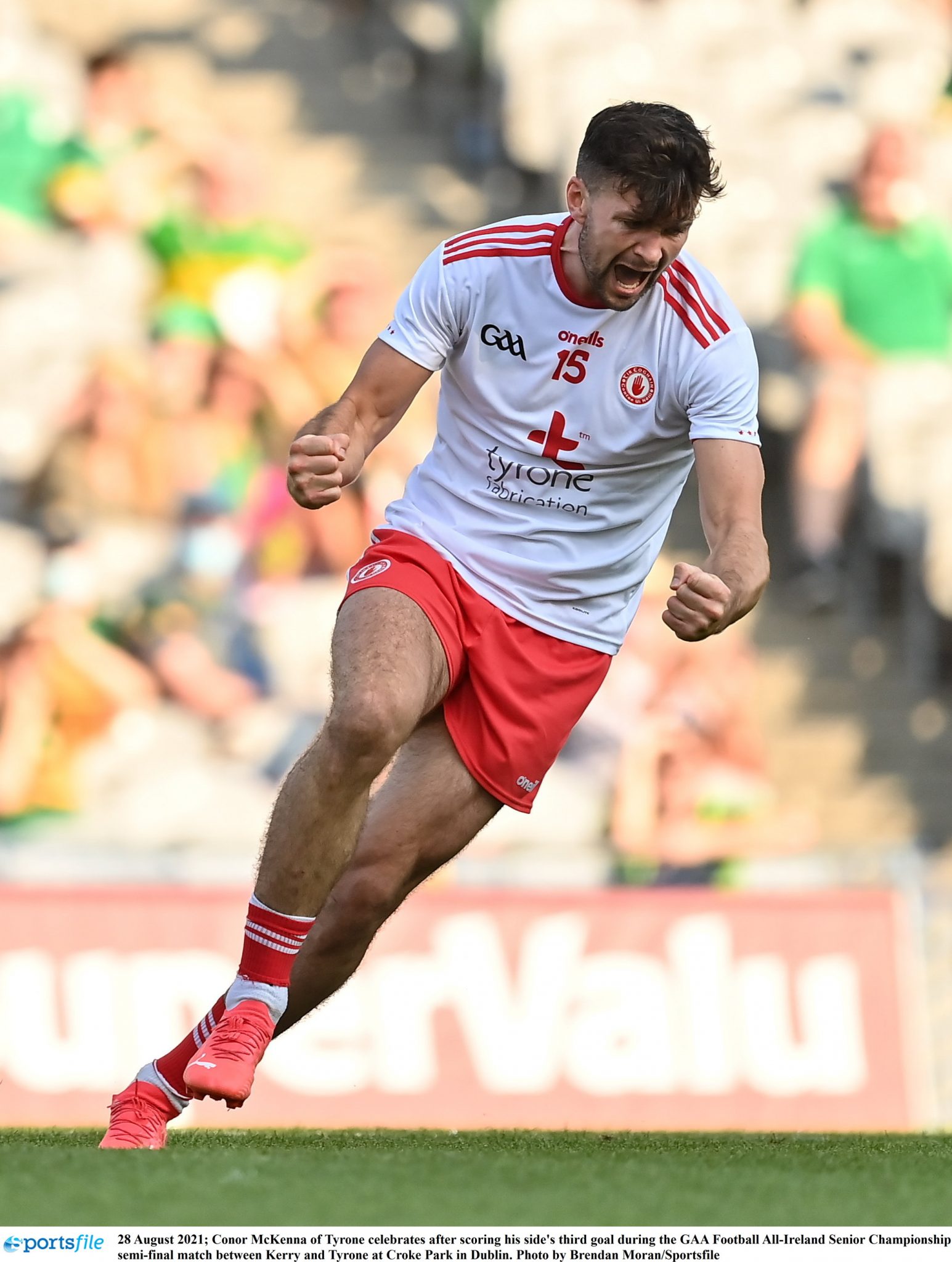 "There was a lot of them standing, and Conor McKenna was the one that kind of anticipated getting into position, where it might break to him, and it landed perfectly for him." 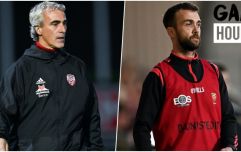 END_OF_DOCUMENT_TOKEN_TO_BE_REPLACED

One key thing, was McKenna's decision to actually take the goal on, as many would have opted for the fisted-point.

"Picture the way things have gone in the modern game," said Parkinson.

"That ball coming back from Jack Barry, which was one of the weirdest things I’ve ever seen.

"Conor McKenna gets the ball, fists it over the bar, three up, Ger Canning says ‘huge point, took the right option, great.’

"I can picture that happening. He didn’t even entertain it. He stuck it into the bottom corner of the net, and that is what you do with that situation."

"Yeah, I’ve been in that situation in an All-Ireland final," added Brogan.

"Goal chances don’t come around that often, and to finish the two of them the way he did, were two exceptional finishes to be fair to him."


popular
GAA club transfers that shocked the county: Jason Sherlock
Fermanagh footballer opens up about losing her mum to suicide and urges people to seek counselling
Here's all the GAA games on the tube this weekend as the provincial championship heats up
Jordan Larmour enjoys satisfying bit of revenge on Mack Hansen
Ruesha Littlejohn gate-crashes Katie McCabe's interview after another player-of-the-match display
Ronnie O'Sullivan on why he staged sit-down protest during UK Championship defeat
Roy Keane's three leadership tips he gave to Owen Farrell can't be argued with
You may also like
3 weeks ago
"Football has to be about risks" - The GAA Hour discuss the issues with the Donegal club football final
1 month ago
Drama in Antrim as semi-final may have to be replayed due to error with extra time
1 month ago
Mickey Graham admits that he was "disappointed" that Proposal B was defeated
1 month ago
GPA CEO Tom Parsons believes that the league-based championship is the future of Gaelic football
2 months ago
Darran O'Sullivan says that Kerry fans are "50/50" about Jack O'Connor appointment
2 months ago
Why Owen Mulligan joining the Tyrone u20 coaching staff is great news for the county
Next Page