A Crokes man through and through.

A fresh faced youngster at the time, coming into the Crokes dressing room must have been a daunting proposition for Gavin White.

Kerry heroes all around him. Club legends to his left and to his right.

Where does a youngster fit into it all?

Right under Colm Cooper's wing is where.

"When I first came into the Crokes senior team Gooch gave me so much advice that any other fella might not have noticed," White says to us ahead of the AIB All-Ireland senior club final against Corofin.

Cooper made sure he didn't feel out of place. 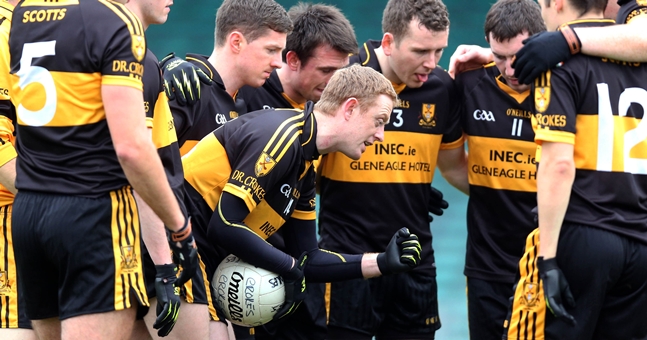 When you're one of the most iconic footballers in the land, when you've won five All-Irelands with the county, eight All-Stars and when every young gaelic footballers is looking up to you, a few of your words are worth ten times more than most people's. Colm Cooper gives it back to Dr Crokes.

This year, many have been surprised by his exclusion from the team, but according to white, Cooper is still one of the biggest leaders in the dressing room.

"From a performance point of view, this year I suppose he’d prefer to be starting but equally he’s delighted to be part of this Crokes team in an All-Ireland final. But from a performance point of view, he does his part. He comes on, he dictates the game whenever he can. After games or off the pitch before games, he’s a real leader. In team talks, he’d be very vocal in the dressing room. Trying to get fellas right for the club and get his team over the line."

And that's what makes Crokes so special.

There were a few more young lads in White's boat around that time, but with guidance from club legends like Cooper they all slotted into the team seemlessly and they're blossoming now.

"Yeah. Back in 2017, we had the likes of Micheal Burns, Jordan Kiely, Tony Brosnan, we’d a few more that were only coming on and getting 15/20 minutes in a game. Now Micheal and Tony are stating and Jordan is having a massive impact from the bench as well. It kind of took them time to get up to the level. Getting into the Crokes team isn’t an easy feat, like any other club team around the country that are competing at this level."

Those youngsters are making all the difference.

"I think the difference in 2017 was that the youth brought it up another level. They brought up the standard in training, they were fighting for positions. I’m sure they weren’t happy that they weren’t starting in that All-Ireland final in 2017 but that just made other fellas get better in training. Likewise this year, you’ve the likes of David Shaw, Michael Potts and a few more that are chomping at the bit. In the last game, Shaw stood up and he was starting, he stood up and put in a massive performance when we went down to 14 men. So look, the youth in every county or club team is going to bring up the performance in any team.

And now every single one of them are buzzing for Sunday's final.

"Yeah, look, Corofin are an extraordinary team, in fairness to them. They've won multiple All-Irelands and you could say that it's the 2017 versus 2018 champions, and who's the best?

"I suppose we're just taking it from our own perspective - we've won an All-Ireland and want to win another one. I don't really think anything else is coming to mind. We're concentrating on ourselves and I don't think we can do much more than that. Just bring what we can bring and concentrate on our own performance and see can we get over the line with that. 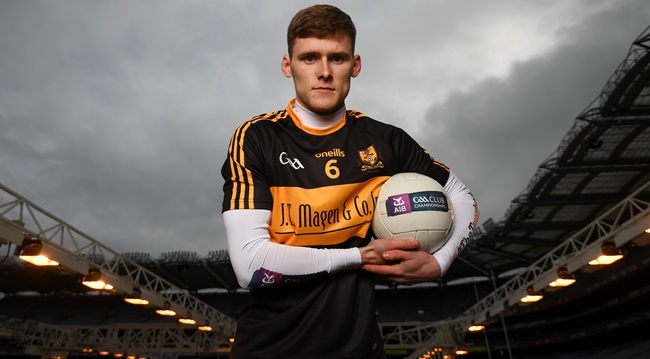 
popular
Justin Gaethje tells Conor McGregor to wait his turn
The SportsJOE 12 o'clock quiz | Day 73
The SportsJOE 12 o'clock quiz | Day 72
QUIZ: Can you name the Football Italia cult heroes? | Part 2
SportsJOE 2000s Football Quiz | Round 3
QUIZ: The toughest football legends quiz you'll take today
QUIZ: Correctly identify these World Cup 2014 players from their stickers
You may also like
2 months ago
"I'd play 18 holes of Pitch n Putt" - Jack O'Shea's All-Ireland final prep pure class
2 months ago
St Patrick's day memories: Rural Caltra with one of the great underdog triumphs
2 months ago
"I was kind of going 'I'm not a Kerry player" - Donaghy's story a brilliant watch
3 months ago
Mayo issue update on crunch Allianz Leagues clash with Kerry
3 months ago
David Clifford sent off for focusing on the game instead of pulling jerseys
4 months ago
Two giants rise above the fray
Next Page