A lot of GAA players are teachers.

Dublin captain Stephen Cluxton is a teacher, as too is Eamon McGee of Donegal and Phillip Mahony of Waterford along with a host of other players.

Paul Galvin also used to be a teacher before giving it up for a simpler life of being a fashion designer. It looks like it is going just fine for him.

Mayo forward Cillian O'Connor is also a teacher, a primary school teacher at that.

At the impressionable age of eight and nine years old, O'Connor's second class pupils would no doubt see their teacher as a celebrity playing for Mayo.

Speaking to The42.ie, O'Connor sums up what it is like balancing the star persona of being an inter-county player of one of the best teams in the country and doing the day job.

“The novelty wears off quicker than you’d think when you’re giving them more maths questions to do," he told the website.

“They get pretty fed up with me after a while! There’s that bit of craic and bit of slagging.

“I’ve met a few of them on the field after the games in Castlebar. It’s good fun. I enjoy that side of it too.” 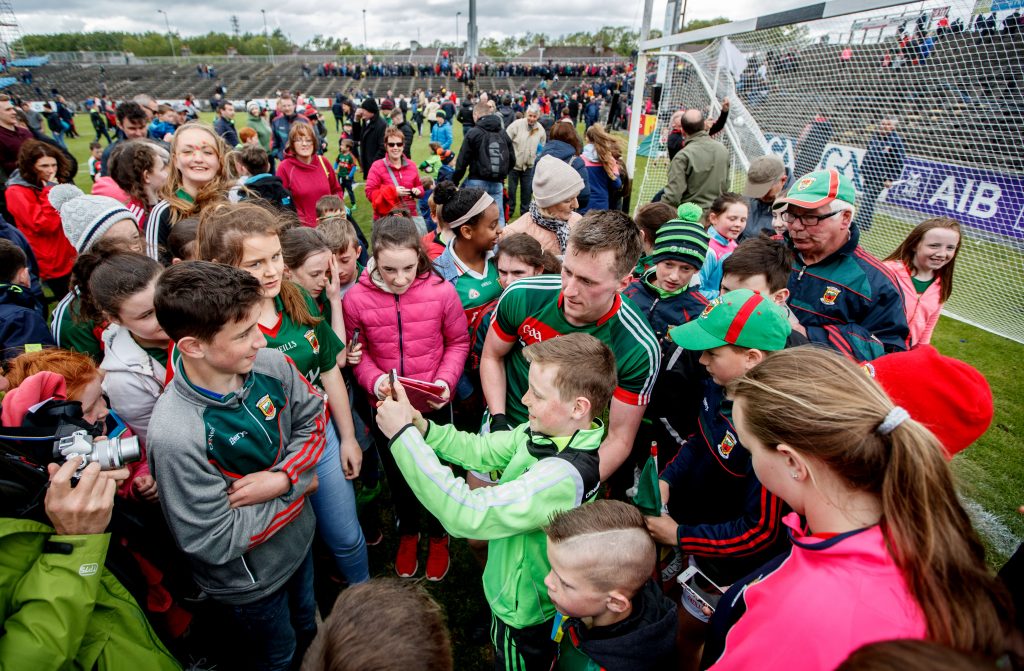 END_OF_DOCUMENT_TOKEN_TO_BE_REPLACED

O'Connor was then asked about the post-match pitch invasions that usually involves being swarmed by kids looking for pictures and autographs.

“It’s the same in a school if you’re teaching and you have the chance to sign a jersey or get a picture taken with a supporter, it’s not a big deal,

“It’s not going to upset me for the day if I’ve to wait and sign a jersey. Sure I’ve vivid memories of running up to Mayo players myself before the final whistle has even gone, legging it on to get jerseys signed myself or get footballs signed.

“There’s one or two of them still on the senior panel at the moment actually! I can remember asking for their jersey after championship games.

“They were always kind enough to oblige me, so I’m not going to be any different. Those boys will be the lads playing for Mayo in a few years so why not give them a bit of time?”

O'Connor's Mayo side face Galway in the semi-final of the Connacht Senior Football Championship on Sunday as they look to regain the title that they relinquished last year.


popular
ROG hits the nail on the head assessing Ireland's performance
The Ireland XV that should definitely start against Italy
Player ratings on a dismal day for Ireland in Twickenham
"Emotions will be charged" - Sean O'Brien backing Ireland for Triple Crown
"Next thing, all I see is this 'BANG' coming in over me... It was O'Driscoll"
Triple Crown wrenched away as England scrape Ireland off their boots
QUIZ: How well can you remember this season's Premier League results so far?
You may also like
1 month ago
"Growing up, I would always have been naturally fit"
2 months ago
Mayo confirm cult hero Ciaran McDonald has joined their coaching staff
4 months ago
"I was slow, I was never a David Clifford finisher" - Moran's modesty a genuine thing
4 months ago
"You've to work, pay bills, you've to deal with these massive changes" - former AFL star driving his club on
5 months ago
GAA JOE club team of the weekend
5 months ago
Dublin City traffic is bad, but the motorways don't get any shorter
Next Page