The advantage rule is undoubtedly one of the most frustrating in the GAA.

The rule is officially as follows according to the GAA rule book.

"When a foul is committed the referee may allow the play to continue if he considers it to be to the advantage of the offended team. He shall signal that advantage by raising an arm upright. If he deems no advantage to have occurred, he may subsequently award a free for that foul from where it occurred*. The referee shall allow the advantage to run by maintaining his arm in the upright position for up to five seconds after the initial foul or for less time if it becomes clear that no advantage has accrued. He shall apply any relevant disciplinary action."

This rule in interpreted and implemented differently by every second referee in Ireland, and the broad nature of the rule ensures that there is a distinct lack of consistency in how it is implied.

Some referees, like Roscommon man Paddy Neilan did in the Tipperary v Armagh qualifier last week, blow up for a free, even though there was a clear advantage to be had for Tipperary attacker Philip Austin who was bearing down on goal. This is incorrect.

Some referees, as they should do, allow the game to proceed after the foul has been committed, to see if the team can obtain an advantage. The referee allows this advantage to run for up to five seconds. If no advantage has been accrued, they will bring it back for the free. This is correct, it sounds right, and it shouldn't be that difficult to implement.

On Saturday, During Mayo's typically exhilarating triumph over Cork, the far too broad nature of the rule came to light.

In the 34th minute of the game, Aidan O'Shea, as he had been doing all day was powerfully running up field with his robust attacking style.

The Breaffy man was fouled, fairly cynically - to the extent that Cork could have no qualms about a black card being issued to offender, James O'Sullivan.

O'Shea, however, had done well to release the ball out to Cillian O'Connor, who in acres of space, and about 30 mts out from goal had a free shot on goal, and crucially, a clear advantage. 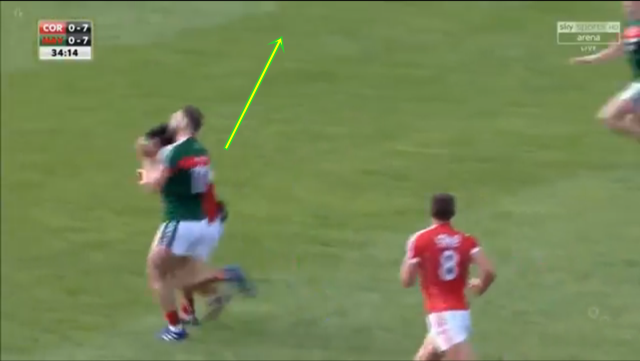 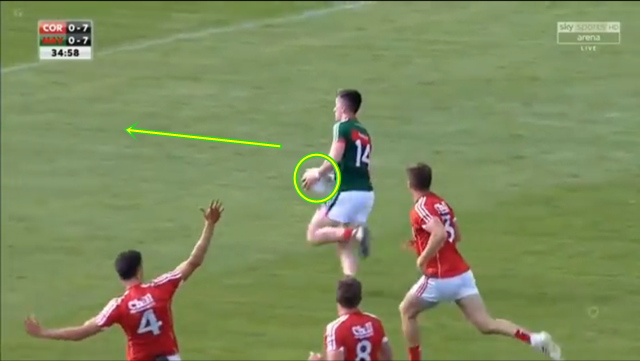 The referee played the advantage, he didn't bring the play back for a free as so many frustratingly do.

Mayo had an advantage. Cillian O'Connor exploited the advantage, he didn't call for a free. He kicked the ball into the Cork goalkeeper's hands, clearly spurning the advantage, however.

It doesn't make sense that Mayo can get another chance at scoring, even though they had an advantage. 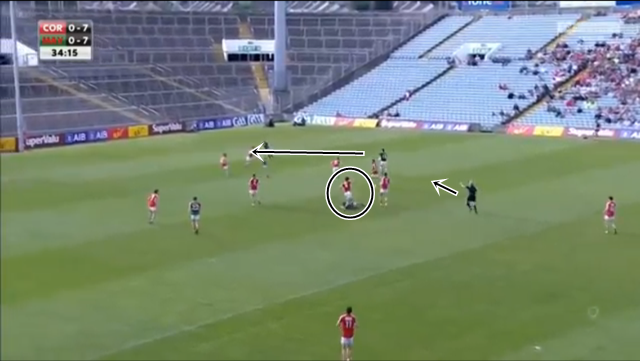 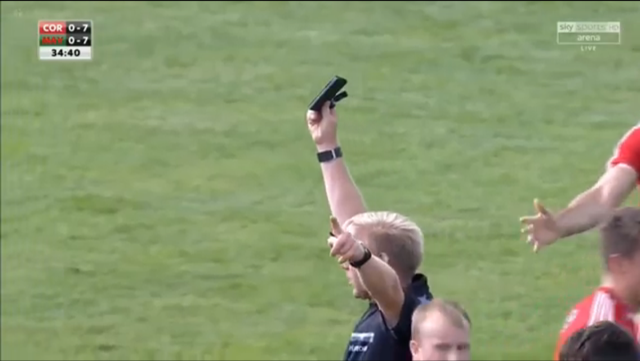 Branagan brought the play back for a free, giving Mayo a double advantage. 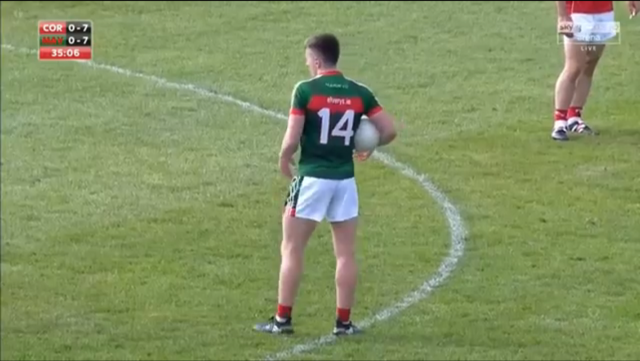 It doesn't make sense that teams can get a double advantage. Mayo had their advantage and should not have got a second chance.

Now this is not to state that the referee was in the wrong, but instead that the rule isn't detailed or precies enough to cover such incidents.

This may not have been the fault of the referee, but it's a grey area that isn't fair and needs to be rectified by the GAA.


popular
ROG hits the nail on the head assessing Ireland's performance
Player ratings on a dismal day for Ireland in Twickenham
'If that was a cricket game, we could have declared at half-time' - Eddie Jones
The Ireland XV that should definitely start against Italy
Triple Crown wrenched away as England scrape Ireland off their boots
"Emotions will be charged" - Sean O'Brien backing Ireland for Triple Crown
"Next thing, all I see is this 'BANG' coming in over me... It was O'Driscoll"
You may also like
2 months ago
Mayo confirm cult hero Ciaran McDonald has joined their coaching staff
4 months ago
"I was slow, I was never a David Clifford finisher" - Moran's modesty a genuine thing
4 months ago
"You've to work, pay bills, you've to deal with these massive changes" - former AFL star driving his club on
5 months ago
GAA JOE club team of the weekend
5 months ago
Dublin City traffic is bad, but the motorways don't get any shorter
5 months ago
"We've girls coming from Waterford, Limerick and Dublin - and they don't get expenses at all"
Next Page