From a hurling perspective, the black card is better off keeping its distance.

Hurling traditionalists are a sturdy folk who more often than not, view change with a cautious scepticism. They see little wrong with their game and don't associate ugly terms like cynicism, blanket defences or indeed, the dreaded black card with their sacred way of life.

And maybe they're right. But whether they like it or not, change could be on its way. Worse again, football terms and practices, may no longer be a convenient sneer.

The motion for the black card in hurling is one of the more standout decisions to be made at congress in three weeks time on a day when the future of hurling will be decided by a bunch of delegates in a room. If more of those delegates vote for than against, it will be a part of the 2020 summer championship, and a part of hurling from top to bottom at adult level.

The black card could be on its way ⬛️

It will be put forward at GAA congress in three weeks time and if passed, will be in for this summer's championship. pic.twitter.com/RLNHYOItNL

Deep breath. We spoke to Dublin hurler Chris Crummey at Parnell Park today and like many in hurling circles, the half back is vehemently against the introduction of what he dubs a football practice.

"Personally, I think there’s no need for it whatsoever," said the Lucan Sarsfields man.

"Maybe, I’m saying that as a defender but it never really came into my mind or any of my teammates’ minds in the last year. I’ve only heard about it recently and I think there’s no real need for it. I think it might just bring on other issues in the game, for me, I don’t think it’s necessary..."

People make fouls in certain stages of the game because they need to for their team, but I don’t think cynicism is creeping in. I don’t think there’s a high level of cynicism that’s popping in over the last year or two, I think it’s been there for years and maybe people are looking from the football end of things and trying to transfer that to hurling. Sometimes that doesn’t necessarily work. From a player’s point of view, I don’t think it’s needed and it might bring on other issues such as time-wasting if a fella’s off the pitch for ten minutes..."

END_OF_DOCUMENT_TOKEN_TO_BE_REPLACED

Food for thought. There were a number of instances that caused this black card discussion. Take last year's championship for example, when Tipperary defender Sean O'Brien clipped Cork forwars Shane Kingston's legs as he tore in on goal in their Munster first round clash. Whatever way the congress decision goes, it appears there will be contrasting opinions either way.

One change he wouldn't mind seeing in hurling is the two points for the sideline cut. This motion will also be decided on, at the GAA congress.

"Maybe the two points for a sideline cut. We seen how good it was the other day with Mark Coleman in the Fitzgibbon," he added, at the launch of Dublin GAA's partnership with Mitsubishi motors.

Elsewhere, Crummey admitted that last year's championship loss to Laois was a 'bitter disappointment' that his side are aiming to learn from.

We met a few weeks after the game as a group and there was certainly lost of learnings that we felt as a team we could take out and bring to this year. That's our goal this year, to bring those learnings and make sure we improve our performance on a more consistent basis.

"We prepare the same way for nearly every game. We've played Laois, Carlow, Kilkenny, Galway and Wexford on a consistent basis and our preparation for every game never changes.

"That's what we'll be focusing on this year, making sure our preparation is as good as it was for a lot of big games last year and that our performance is constantly improving. At the moment, there's a great buzz in the camp, there's probably a stronger panel than we've had in years and there's great positivity within the group that we can really push on and make ground this year again..."

None-the-less, a limp opening league loss to Kilkenny nags away and Crummey regretted that the Dublin hurlers were 'flat' in that one, but stresses that they are striving for more consistency in their game.

It’s a tough one to explain, we were just really flat on the day. We were disappointed with our performance levels and we had an honest chat as players and management and we felt we had to put it right against Laois. I thought it improved significantly against Laois, and it will have to improve more in the latter stages.

Crummey has passed on the captaincy to Danny Sutcliffe this year, and he feels the St Jude's forward is the right man for the job.

Not really to be honest with you. For our team there's a leadership group more than anything and Danny was a big leader for us over the last few years. He has such experience with Dublin, he's been there longer than I have. He's captain this year but it's about the leadership group and having as many leaders within the group as possible. 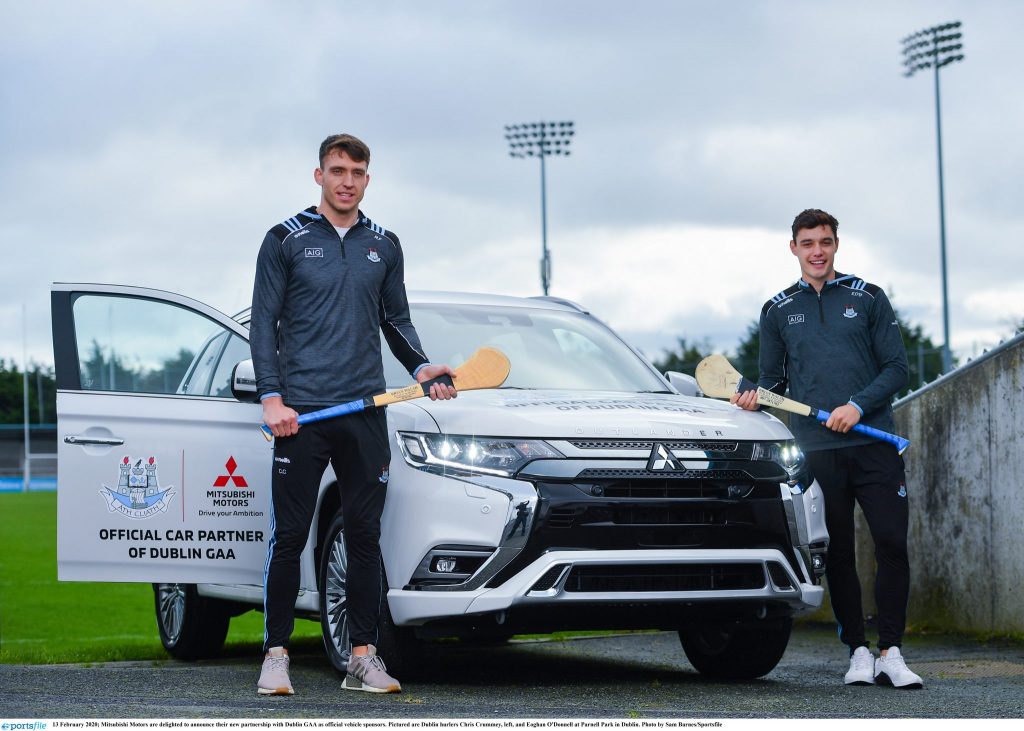 You may also like
3 weeks ago
Cavanagh backlash shows how far we may be from a United Ireland
3 weeks ago
No club football for nine years but Canavan was always going to make it work
3 weeks ago
The SportsJOE 12 o'clock quiz | Day 49
3 weeks ago
Wonder of the GAA world reminds us how to win and enjoy every minute of it
4 weeks ago
"Hurling is like a wardrobe, whatever you put into it you’ll get back out of it" - Life at St Kieran's
4 weeks ago
GAA instructs clubs to keep pitches closed as inter-county season pushed back
Next Page