Now we're getting into the good stuff.

This Saturday night gives you the opportunity to watch two big hitters in the Cavan club championship live and from the comfort of your home.

Gowna play Crosserlough in Kingspan Breffni in the senior championship semi-final on RTE 2, this Saturday night. Gowna lost last year's final and are still searching for their first title since 2002.

Crosserlough last won it in 2020, but are no strangers to droughts themselves, as that win two years ago secured their first senior championship sine 1972.

We are delighted to confirm that TG4 will be covering two games live from the Mayo GAA Connacht Gold SFC Quarter Finals on Sunday 2nd Oct in Hastings Insurance MacHale Park.
Make sure you tune in 📺

🏐Castlebar Mitchels Vs Knockmore at 2:30pm
🏐Breaffy Vs Ballintubber at 4:14pm pic.twitter.com/yFSkqKsX0E

TG4 is the place to be on Sunday, and they will be airing two massive games in the Mayo senior club championship.

Defending champions Knockmore will face the previous conquers of Mayo Castlebar Mitchells, who won three championships in a row between 2015 and 2017.

This quarter final tie throws in at 2.30pm followed by Ballintubber against Breaffy. 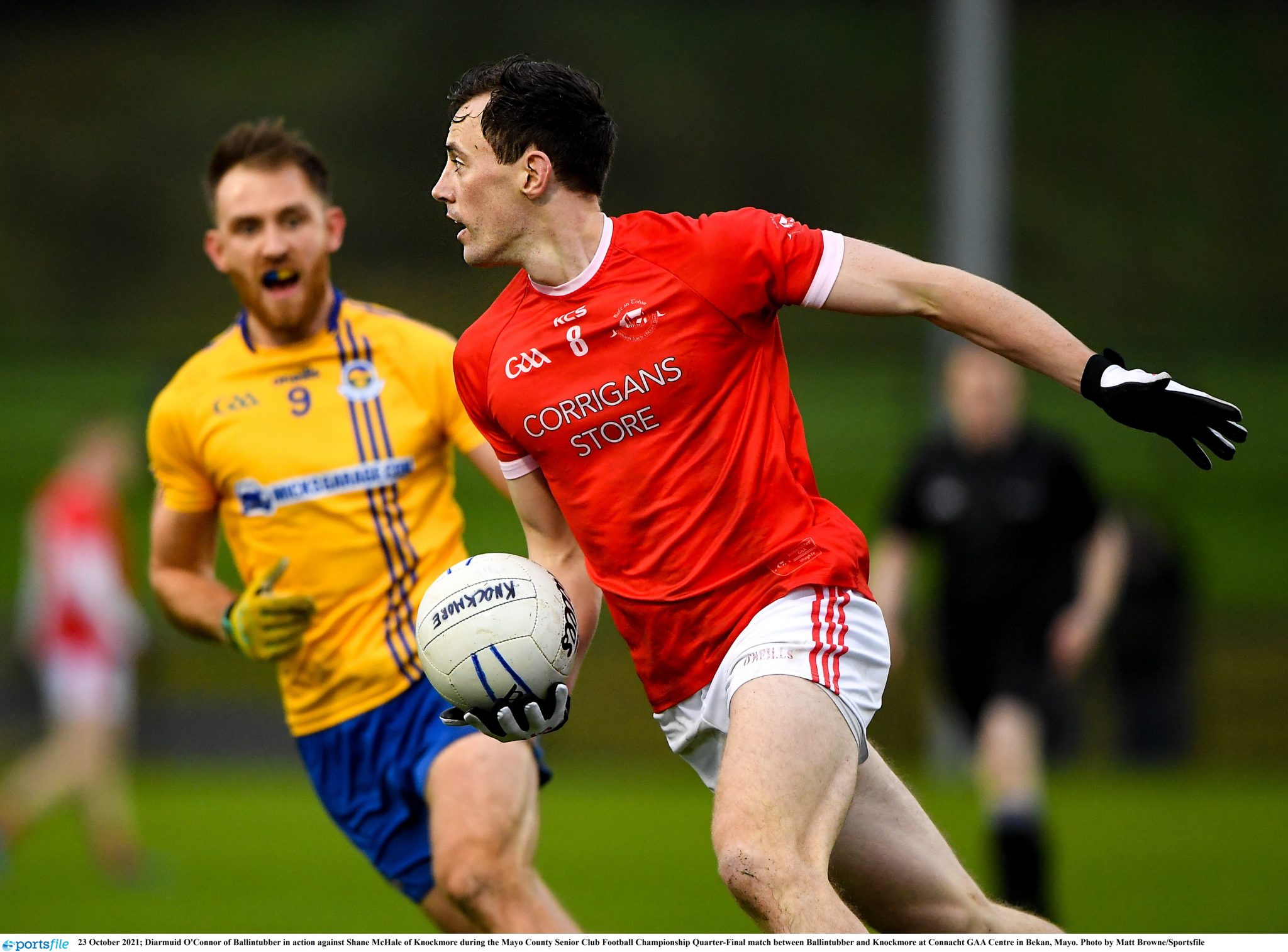 Ballintubber of course are previous winners in 2018 and 2019 and although Breaffy have reached several finals in the past they are yet to cross that last hurdle, in some ways making them the 'Mayo of Mayo.'


popular
Talksport presenter puts Martin O'Neill to the pin of his collar over Declan Rice and Jack Grealish
Roy Keane reveals what he wrote about England during Senegal game
Rory McIlroy explains 'falling out' with Shane Lowry that lasted a few years
Roy Keane scores winning goal past Micah Richards in ITV v BBC pundits match
Gary Neville sticks up for Ronaldo as contextless pictures and videos taken as gospel
"There's no soccer, hurling, or rugby" - Kilcoo's secret to success
World Cup Power Rankings: The top 10 players at the tournament ahead of the quarter-finals

You may also like
3 weeks ago
Former Errigal Ciaran manager reveals what a young Peter Harte was like
4 weeks ago
The ultimate Gaelic football quiz 2022
4 weeks ago
Munster, Connacht and Ulster GAA clashes stack your TV guide this weekend
1 month ago
Jamie Clarke takes sabbatical from soccer to commit to Crossmaglen
1 month ago
Paul Finlay reveals secret to high performance in your late 30s
1 month ago
The one moment that shows why David Clifford is the best player around
Next Page