She wasn't even on the field that day but she didn't have to be.

Because in all her life as a GAA player, Anne Eviston has never experienced anything like Loughmore-Castleiney's one point defeat to Kiladangan in the 2020 Tipperary senior hurling final.

She wasn't playing but her brother was. Her cousins were and looking down from the stand to see them as they were, heads in hands and tears in their eyes, it was a terror like she never wants to experience again.

END_OF_DOCUMENT_TOKEN_TO_BE_REPLACED

The village of Loughmore was empty that day but the silence was fitting.

"If you were a thief, you'd have a field day in Loughmore on game-day," says Eviston, who plays camogie for Drom and Inch and has cousins all over the Loughmore-Castleiney team.

The thiefs could have went to town that day but it would still only have been the second worst thing that happened.

"I'd say it's the hurt that's carrying them this year," adds Eviston. 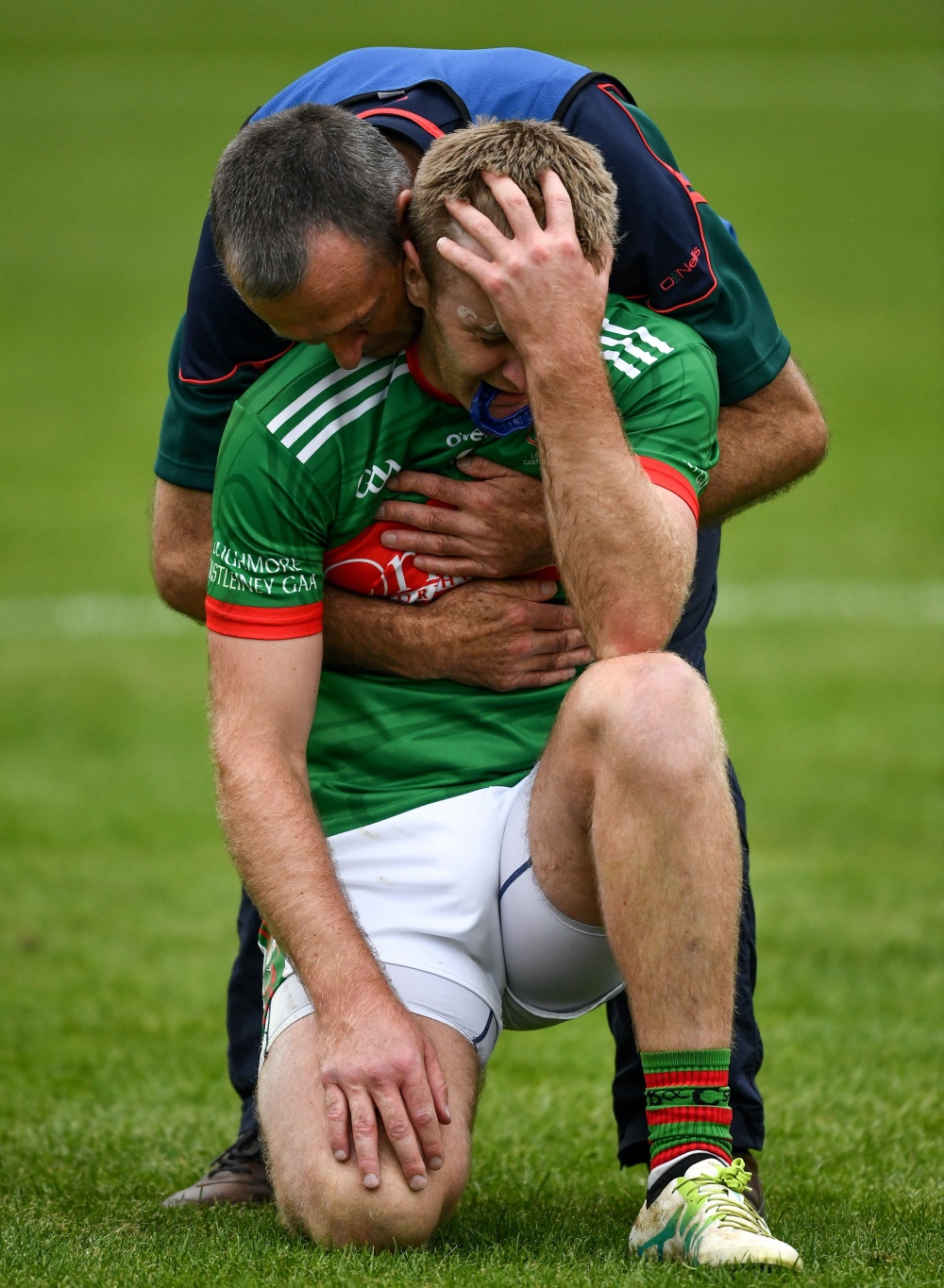 END_OF_DOCUMENT_TOKEN_TO_BE_REPLACED

As a Drom and Inch camogie player chasing down a third Tipperary senior title in a row, Eviston has been inspired by those men. There is no camogie team in Loughmore/Castleiney but there are plenty of camogie players. Eviston and seven fellow Loughmore women start on the Drom senior team and as a member of the extended McGrath clan that stretches between the two parishes, the hurling in her family tree is unbelievable.

She's first cousins with John, Brian, Noel, Liam and all those McGraths, while her brother Willie Eviston plays full back on the team. Aoife and Eimear McGrath, Mairead Eviston, Niamh Treacy and Miriam Campion - all of whom play camogie for Tipperary, are also part of the same family. In fact, of the whole Loughmore-Castleiney senior team, the Nenagh Guardian claimed that only three of the starting 15 are not related to each other.

END_OF_DOCUMENT_TOKEN_TO_BE_REPLACED

"It's mostly hurling talk. It's a bit monotonous," Eviston laughs when asked about any family gatherings.

"Ah no, it's great to have the links between us. We're all friends, loads of us are related. Anyone outside of it thinks it's annoying, but if you ever need advice or anything, there are so many people, nearly a different person for every aspect of the game. We're blessed, because it's a great support network to have really."

"The lads are unbelievable. They've played 14/15/16 weeks in a row. They just keep going. You're not tired, you think you are, that's their mantra, that's how they keep it up.

"We always try to take a leaf out of their book. There's a great buzz around the place. We wear red and green for Drom as well, which is nice, there's flags and bunting everywhere, mothers pulling their hair out. It's all part and parcel of it.

"We've all been friends since we were hurling together when we were just five. That's special and it's great to be a part of it."

This Saturday, the Drom/Inch camogie team take on Clonoulty Rossmore in the county final and on the following day, Loughmore play Clonmel Commercials in the senior football. It's a special place, there's no doubt about it but for Eviston, it all comes back to the basics.

"It all started in primary school. We didn't play games like tip the can at lunch-time. We played hurling and football and that's where it started, girls and lads, it wouldn't matter. And we'd be over on a Saturday again." 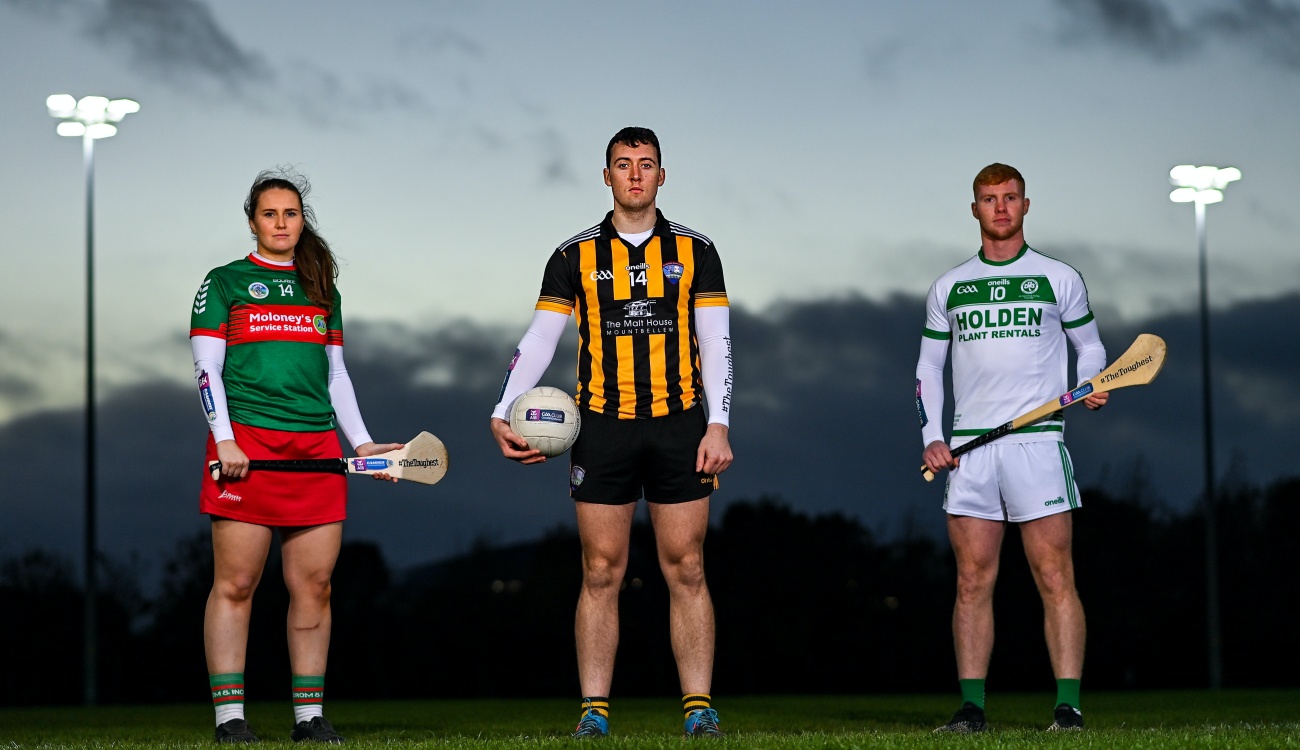 17 November 2021; Drom & Inch and Tipperary camogie player Anne Eviston, Mountbellew-Moylough and Galway footballer Eoin Finnerty, centre, and Ballyhale Shamrocks and Kilkenny hurler Adrian Mullen at the launch of this year’s AIB GAA Club Championships and AIB Camogie Club Championships, that will see AIB celebrating #TheToughest players of all: those who don’t quit, who keep going and persevere no matter what. These characteristics define the players who come back year after year and show up for their club when it matters most.


popular
Gearoid Hegarty's harsh red card leads to a heated debate in The Sunday Game studio
French media rave about Caelan Doris and 'Playstation rugby' from Leinster
Tailteann Cup draw doesn't pass without controversy as repeat-pairings and regional draws come under scrutiny
Liverpool and Chelsea fans go viral after bizarre FA Cup final confrontation
Real Madrid unveil new home shirt featuring iconic retro numbers
Austin Gleeson sent off as Seamus Harnedy stands up again with an absolute stormer
Rory Gallagher absolutely loses his mind celebrating as Derry beat Monaghan in Ulster semi-final
You may also like
3 weeks ago
Rory Hayes a class act on and off the field as Clare destroy Tipp
3 weeks ago
"We kind of played a double centre forward to an extent." - The Tipp tactics that gave Limerick a fright in 2021
3 weeks ago
Liam Sheedy and Derek McGrath disagree on throw ball in Tipp-Waterford
4 weeks ago
Aussie Gleeson shows Waterford what they were missing with game-changer of a second half
1 month ago
Orla O'Dywer becomes first Irish female to win AFLW All-Star as Staunton somehow misses out
1 month ago
Tipperary couldn't ask for any more from Russell who ran himself into the ground
Next Page