He's a Kildare man through and through but 26-year-old Kevin Feely has been all around the world.

Born in Brussels, he stayed there speaking French until he was eight years of age. It's a long way from the Gaelic football talk in Athy but don't for a second think it meant no GAA.

The Feelys sought it out and with our games spreading far and wide, they didn't have to stray too far to find it.

Far away in body but not in mind. He didn't miss a beat of a juvenile career and when work brought his dad from the Irish Dairy Board in Brussels to Waterford Crystal in the sunny south east of Ireland, Tramore GAA club was the first port of call for the youngster.

He hurled away there and enjoyed every puck. Made it onto Waterford development squads where he played alongside Pauric Mahony, Jake Dillon amongst others of this Déise Generation.

It wasn't just the stick-ball for this all-rounder though. Feely joined up with Waterford Crystal and Villa Soccer clubs where he played until he was 16, when the family were on the move again. 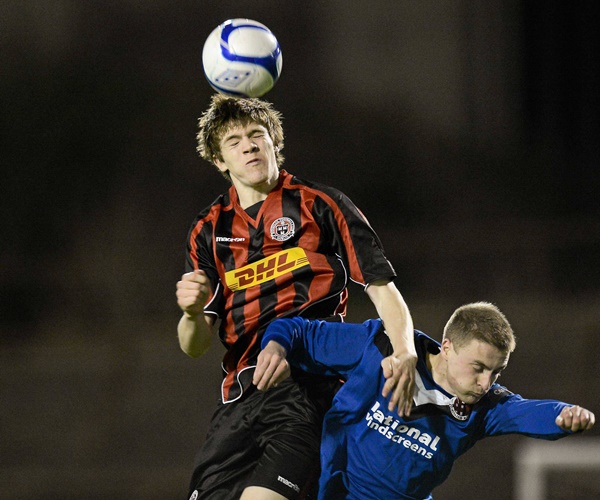 This time it was destination Athy. He went to school in Belvedere, earned a soccer scholarship in DCU - where he didn't kick a Gaelic football - and signed for Bohs.

In a ring-road roundabout manner, that was the start of it.

"I was really lucky, the senior first manager I had in soccer was Pat Fenlon, he was unreal. I think Bohs had just lost all their money so it was a much-reduced budget so a lot of us younger guys went straight up to the senior team from the U20’s. He was brilliant, it was brilliant, I loved it," He said to us at th Get Breathless for COPD Cycle.

"It was himself and they had Liam O’Brien who is a brilliant coach as well so we were lucky at such a young age we were exposed to such great coaches. When he left the following year and Aaron O’Callaghan came in, we were all ready to step up into the first team and we did quite well that year."

Feely's star was growing as a commanding centre half. That was a time when English scouts would regularly be seen in places like Dalymount and the Charlton Athletic representative saw something he liked.

"It was a dream come true kind of thing. I was never on Ireland teams underage teams or anything like that so you would have lost a bit of belief that it was ever going to happen. It was unreal and the first six months at Charlton went really, really well.

"I was lucky that when I went over, I was 19 or 20 and I was living with five lads that I really got on with. We had a landlord that we absolutely loved, he was a legend" 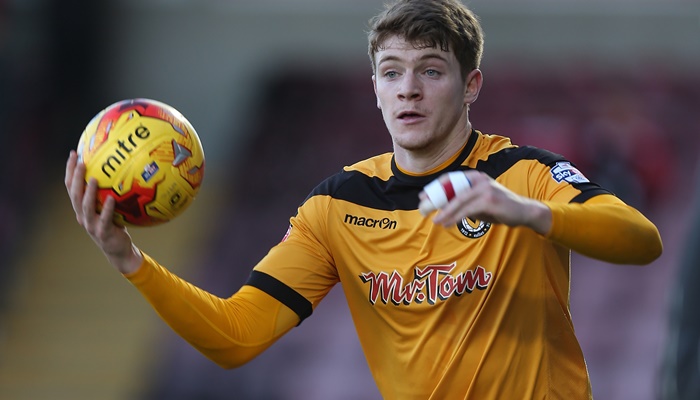 "Then the guy who was managing our U20s, Nathan Jones, he’s actually the Stoke City manager now, he left to go to Brighton and it left a lot of us in limbo then because the first team manager didn’t want as many of us. So the next year I wasn’t really in the plans of the first team manager then so I kind of said you need to get out on loan, get a few games and see if you can find yourself a club by the end of the season because they basically told me they weren’t going to be offering me another contract so the rest of the year was just going out on loan and trying to find a contract"

Feely found his feet and a contract, after going well for Newport County. But his love for soccer was wearing thin. The lure of the lilywhite jersey - with his age group having won a Leinster under-21, was growing stronger.

"I suppose in that year of bouncing around on loan at clubs and Kildare U21s winning the Leinster Championship, you start thinking about home more. I wasn’t lonely in that sense, it wasn’t really homesickness, it was more so the soccer matches were becoming less enjoyable and the pull of Gaelic was getting stronger.

"So I just had to decide that summer, whether I should stay back in Kildare or give soccer another year and see how it goes for me."

He gave it another year but he was always coming home.

"It has been everything that I’d hoped it would be. I absolutely love playing Gaelic football, I’m obsessed with it, there has been plenty of ups and downs with Kildare, but I wouldn’t replace it for a soccer career. I’ve never thought about what could have been if I stayed over in England or if I played with another LOI club. My sole focus has been on Kildare and I’m just very happy for it to be like that..." 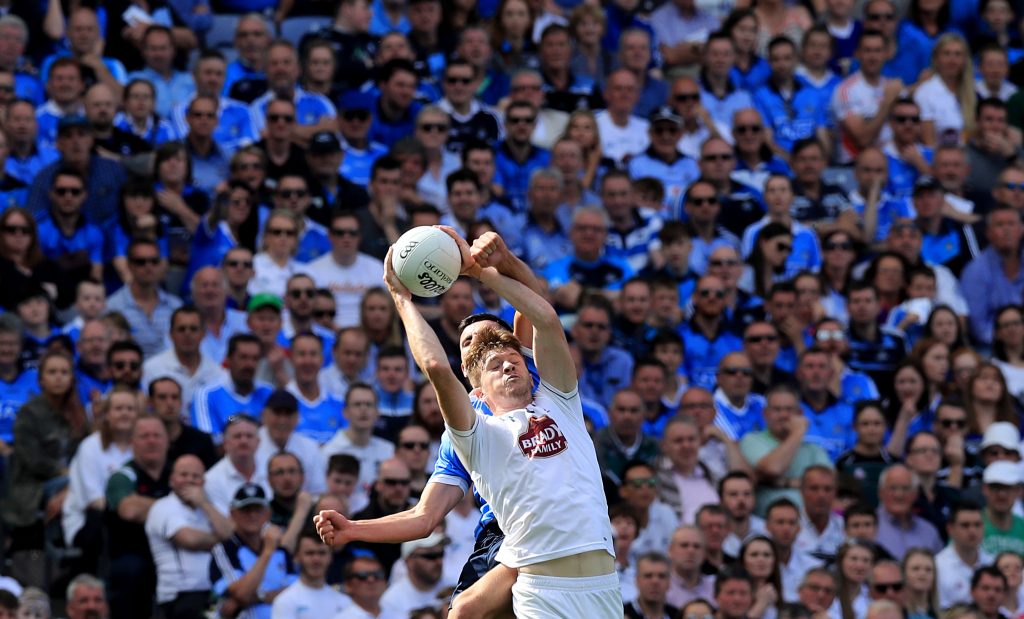 Looking back, he wouldn't change a thing. He looks back on his soccer days fondly - a career his younger brother Rory is now pursuing with Waterford FC - but the skills of Gaelic football and the bond in the dressing room suits him better back home.

"There is no similarity in the culture in a soccer dressing room and a GAA one. Like, there’s banter and that - it does tend to be more ruthless in soccer changing rooms for one reason or another but there’s lads from different nationalities and backgrounds and it’s just not as friendly a place as a GAA dressing room, like a club setting - where you’re playing with your best mates. It could be harder to settle into a soccer one in that way, they’re vastly different..."

"I don’t know if there’s a buzz around the county given the fact we didn’t get promoted. That was a disappointment so it’s just trying to create that buzz like what we did last year through our performances in the qualifiers and hopefully we can do that from the get go in Leinster." 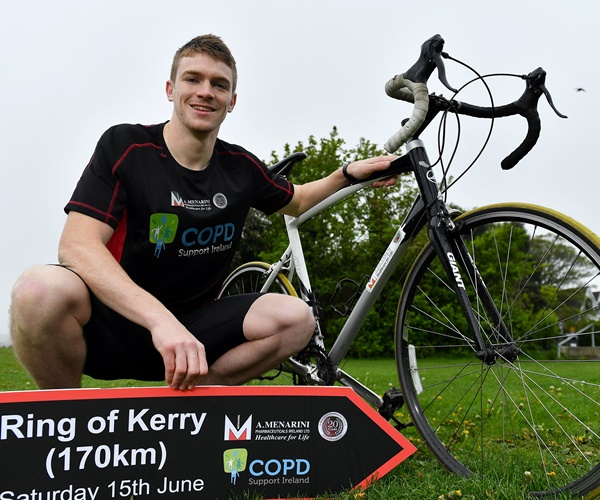 popular
QUIZ: How well do you remember the 2010 World Cup?
Ruby Walsh "angry and embarrassed" as Elliott apologises for "moment of madness"
"It is very easy to put a nail in a fella’s coffin and kick a fella when he is down" - Ted Walsh
The SportsJOE 12 o'clock quiz | Day 311
Ugo Monye's Lions XV features two Ireland players and Welsh captain
"There would be a boot in the sink, a dish there, a toothbrush under the bed!"
"When Sean Boylan was around, you didn’t need a psychologist or a counsellor - he did it all himself"
You may also like
6 months ago
"To a lot of people, playing games is such a small thing. But it's big to you and big to communities"
9 months ago
"That's done at the end of a sprint, jumping off one leg" - Kevin Feely on the art of fetching
9 months ago
"My fondest memory is definitely beating the Dubs in Parnell Park, that's just f*cking brilliant"
1 year ago
The three Kildare men putting their county on hurling map on Fitzgibbon weekend
1 year ago
"The hunger was missing. I was afraid I'd start pulling the thing down"
1 year ago
"Few would live up to the warrior that this man is" - Sweeney unflinching despite cruciate tear
Next Page