It was one of those nights in the Athletic Grounds when the significance of the result just faded behind the emotion and the sadness of the occasion.

Of course, it would have been a precious thing for the Monaghan under-20s to have honoured their late team-mate Brendan Óg Ó Dufaigh with an Ulster championship but sport rarely deals in fairytales and as Down manager Conor Laverty calmed his players down after the game and soon gathered both sets of players - Monaghan and Down - into a huddle, it was clear that the spirit and togetherness of the GAA community was the real winner here.

It was poignant and it was tinged with grief, but the whole thing, from Ruairí O'Hare's interview to the supporters, who chanted Ó Dufaigh's name at every turn, was like a fairytale in itself. 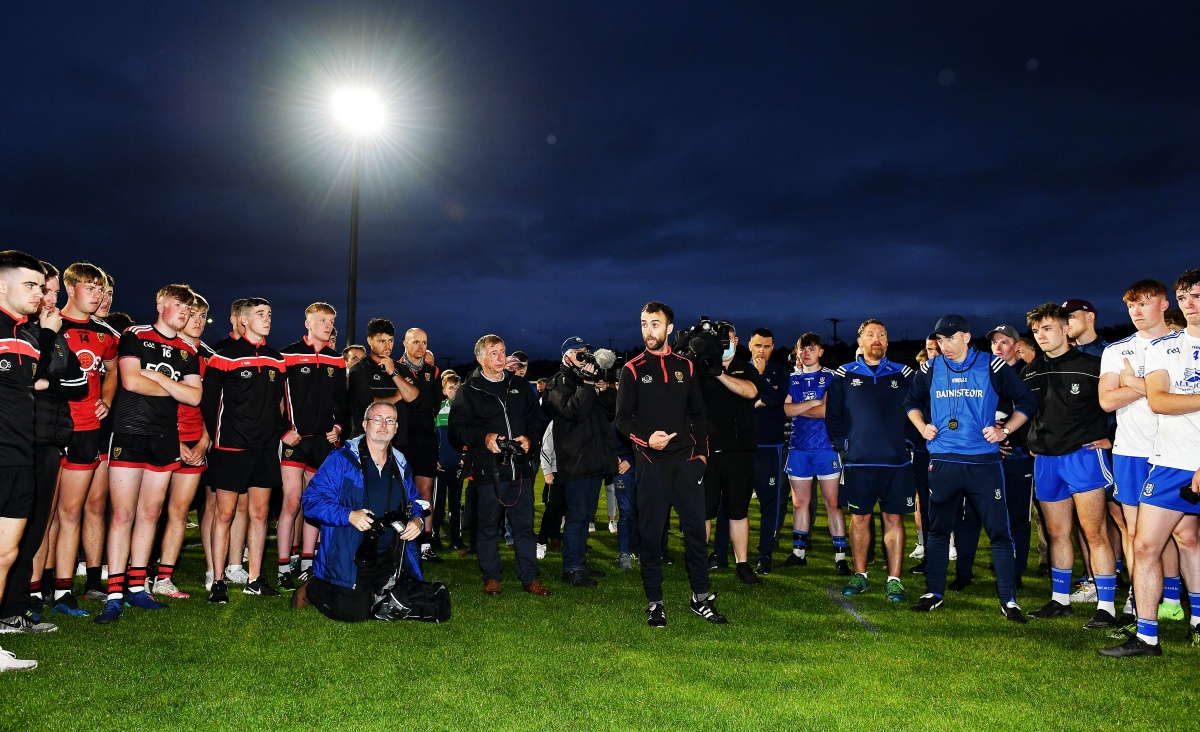 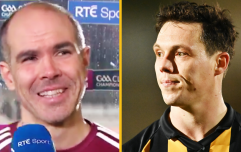 END_OF_DOCUMENT_TOKEN_TO_BE_REPLACED

More than anyone else, it was a difficult night for Breandán and Esther Duffy - parents of the late Monaghan captain - but they were there, they were in their special commemorative jerseys and speaking to TG4, Breandán thanked everyone who has helped the family over the last fortnight. He is a Gaeilgeoir, he is principle of the local Coláiste Oiriall secondary school and he spoke tremendously in such difficult circumstances.

"I can't even begin explain the amount of people who have come to help us in the last fortnight," began Ó Dufaigh i nGaeilge, his interview translated to English for the purpose of this piece.

"I should start by talking about the Monaghan Harps club, our local club, I can't even describe the amount they've done for us in terms of parking around the house, giving lifts to the house, making guards of honour, sitting beside Ógie until the last night he was in the house with us, and then giving advice, help and counsel to the young people he knew.

"We were down at the Harps the other night at the first game since and that was hard on the whole club, it was hard being there, it's hard being here tonight but that's something we will do and it's something that's very important for us. It's a horrible blow for us and I'm talking to you now Micheál but there's a chance I could have tears in my eyes in the stands in a few minutes.

"The Monaghan county board, the Ulster board were brilliant to us. The senior team, Banty was in the house for 20 minutes on his way down to Dublin for tomorrow's game...that's not even to mention the neighbours, the priests, the masses, the people writing to us and sending messages from all over the country..."


popular
World Cup 2022 Day 13: All the major action and talking points
Shay Given on how far Ireland could've gone at the 2002 World Cup with Roy Keane in the team
The SportsJOE Friday Pub quiz: Week 3
From Ireland to Argentina: Alexis Mac Allister's Irish roots explained
Ivan Rakitic criticised for alleged comments condemning 'gays, black people, dwarves and the obese'
Jack Grealish says he regrets his comments about Miguel Almiron
France demand FIFA change result of World Cup defeat over 'rule break'
You may also like
1 month ago
Predicting the 24 biggest knock-out club championship games this weekend
4 months ago
'I was pregnant for that final and, after getting the all-clear from the doctor, I played' - Brenda McAnespie
10 months ago
Monaghan GAA team doctor "insists on double vaccination and booster"
1 year ago
Down u20 star dedicates Ulster victory to his late teammate in powerful interview
1 year ago
Jack McCarron does the ridiculous
1 year ago
Monaghan U20 captain dies on journey home from Ulster semi-final
Next Page