Ballygunner look to have more in them. But we're not seeing it.

What we're seeing is Borris-Ileigh.

Mistakes, lots of them. Fumbled balls, there were a good few.

They're not the most glamorous club team, the north Tipperary men. Workmanlike would sum about 11 of their starting 15 up. County man Dan McCormack is the epitome of what Borris-Ileigh hurling is.

Big, strong and uncompromising. He'll hit wides, he'll have you pulling your hair out at times. But he's effective, and he's tough. He has a spirit. A spirit that doesn't bend. Glamour is no good in November, and these Borris boys are made for club hurling.

The other four are workmanlike too. But workmanlike would be an injustice to the glorious, illuminating skills that Brendan Maher, Conor Kenny, Kevin Maher and James Devaney possess.

These lads are the sprinkles on a modest sponge. The gold-dust over a reliable machine. When you have the magic you have a chance.

Brendan Maher is an absolute icon. 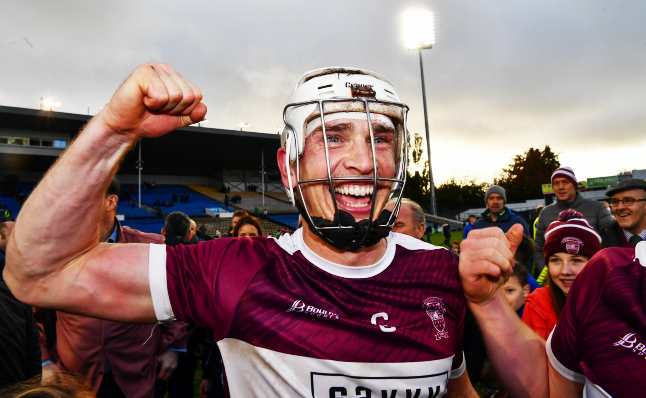 END_OF_DOCUMENT_TOKEN_TO_BE_REPLACED

61 minutes says the clock when he darts over to the stand-side to pick up a loose ball before firing it down the other end of the field.

It felt like a seismic moment. The crowning of a peerless performance. The Borris crowd went wild, just like any set of supporters would when their talisman steps up with a big play yet again on a day of days.

He's been phenomenal. Seven points, six of them nerveless frees on a wet-grip sort of day. The point from play was outlandish, showed off one of the most exquisite touches you'll see and a strike that was only ever going over the bar.

Don't want to exaggerate, but this is the greatest first touch of all time by Brendan Maher 😍👏😍👏 pic.twitter.com/OamEfd5a8o

But even after 61 minutes, even after that heroic stand-side intervention, Brendan Maher had more to give. He wasn't going to stop until Borris-Ileigh were Munster champions. And so with injury time almost up, another schemozzle forms. That's been the story of the day.

Jerry Kelly could win it. He's a rampaging bull-dozer of a player. He jostles, he hits and he slogs it out like a fella who's been waiting his whole life for this. You wouldn't think he's only 21. His stamina is deceptive.

Jerry Kelly, the number 14 of @Borris_GAA has put in one of the most entertaining performances we've ever watched in today's Munster final 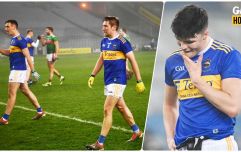 END_OF_DOCUMENT_TOKEN_TO_BE_REPLACED

James Devaney is there too. He's been the star of their year, scorer of extraordinary goals galore. He hasn't had it his way this Sunday, but he hasn't stopped either. None of them stop.

Brendan Maher wins it. Somehow plucks it from about ten bodies and wins the free. That's it. He's done it again. Ends with a fist-pump. A year and a half after tearing his cruciate ligament, Brendan Maher has followed up his All-Ireland and All-Star with Tipp, with a county championship and Munster championship with his club.

What a year. What a player. What a team.

"We're no fancy Dans," said Ray McCormack after the game.

You can print that. Borris-Ileigh will take some beating.


popular
Roy Keane's first impression of Cristiano Ronaldo proved to be very accurate
The SportsJOE 12 o'clock quiz | Day 290
Jurgen Klopp chases Sean Dyche down Anfield tunnel after half-time fracas
"I kind of decided on Hill 16, 'you're either going to do this or you're not going to do this.'"
Fernando Torres has got absolutely jacked since retiring from football
Manchester City suffer Kevin De Bruyne injury blow
Jurgen Klopp on that Anfield tunnel run-in with Sean Dyche
You may also like
1 month ago
Cillian O'Connor the record-breaker as Tipperary fairytale ends
1 month ago
"I think the momentum we had gained helped us against Cork" - Christie agrees with Tailteann Cup
1 month ago
Pride of place brings tireless Christie back to the place he knows so well
1 month ago
"His consistency for Tipperary over the years has been phenomenal"
1 month ago
"He took the attention off himself straight away. He won't get the credit he deserves"
1 month ago
O'Riordan's prodigious journey deserved this Holy Sunday
Next Page