"How brave was that of Gough. I thought he had an outstanding game" 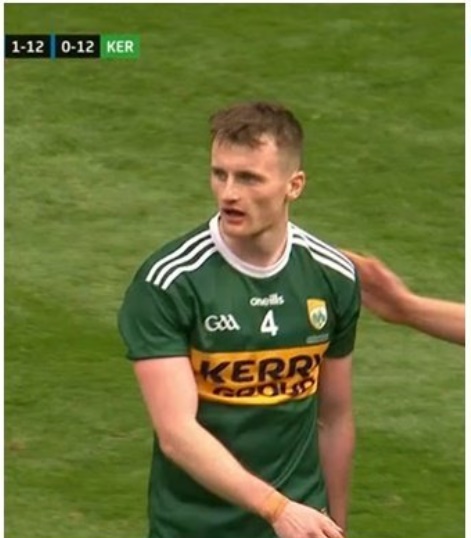 A lad who'd cooked a batch of scones in the morning and found there wasn't one left when he got home. A fella whose bike was gone from the bike-rack even though he'd spent €20 on that bulletproof lock. A person caught behind a Sunday driver on a winding road. Tom O'Sullivan looked like a lad who'd been stitched up and sold on down the river. And there was nothing he could do about it.

Problem was as always is, none of it is in his hands anymore. The Dublin crowd roared. Some flashed imaginary cards. Players in blue marched over to say something along the lines of 'Jonny Cooper.'

Truth be told, it didn't look good. More often than not, these types of situations don't end well.

But first, let's go back to the start.

O'Sullivan's first yellow was deserved. A clumsy one on Con O'Callaghan. Stopping the Cuala man is like trying to beat a punching bag.

John Small was running through with the ball and O'Sullivan had to do something. A sharp dummy takes Small away to the side. A hand reaches out but without any real force. The Ballymun club man lands like a sack of spuds. 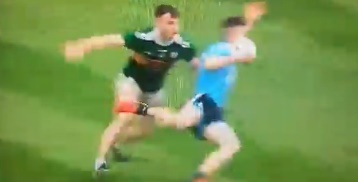 END_OF_DOCUMENT_TOKEN_TO_BE_REPLACED

And now we get to the crowd roaring part. The tension building.

O'Sullivan needed something special. A minor miracle. A voice of reason.

"How brave was that of Gough. Because the crowd roared and you know the whole culture of evening the numbers up," says Colm Parkinson on Thursday's GAA Hour podcast.

"Gough was brilliant in that scenario to calmly tick him and put his notebook back. Boos rang out around the stadium. I thought Gough had an outstanding game because the Stephen O'Brien one - some people were complaining that it was a penalty - It wasn't a penalty, it would have been the softest penalty ever. I couldn't fault Gough yesterday at all other than Cluxton coming off his line and I don't know, I think they're often harsh anyways..."

"Technically, that was the only one he really got wrong," added Cian Ward. "When have you ever heard (the likes) in the build up to a game? Nobody knows who the referee is. The fact that his name was in the paper and all the talk about him and questioning his character.

"Personally, if I was a ref in that situation I would have just said look, to hell with it. Then you've the pressure of the game, the extensive pressure. It takes a massive amount of fortitude and courage to just continue to apply the rules with players and fans putting you under pressure too. Sometimes these calls are very marginal too. It happens so fast, things can look a lot worse than they actually are. There's no replays," reasoned the Meath man.

It wasn't the only good call Gough made. Jonny Cooper's red card was warranted, as the lads discuss below.

Some of the 'Junior B level' analysis, as Colm Parkinson labelled it, shouldn't change people's opinions on that.

"Look, it's the oldest trick in the book as an inside forward, that you have the kamikaze defender trying to win a ball he's never going to win..."

The lads are astonished the Johnny Cooper red card is even up for debate. 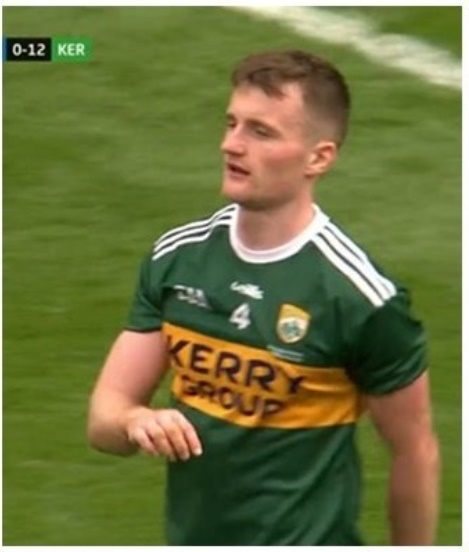 You can watch The GAA Hour All-Ireland review show here.


popular
The SportsJOE 12 o'clock quiz | Day 191
Manchester United launch sensational bid to sign N'Golo Kante
QUIZ: Guess the Premier League footballer from their Wikipedia page
QUIZ: Can you name every top European football club that begins with 'L'?
"I remember looking at the players, in the warm-up, and Keats was just bawling crying"
The SportsJOE 12 o'clock quiz | Day 190
Conor McGregor shares DMs from Dana White to justify boxing comeback
You may also like
1 month ago
"I'd say to fellas 'if you bring a friend and they stay playing, we'll give you a prize"
1 month ago
"That's a risk I'd be willing to take" - Byrne ready and raring for a championship
1 month ago
Goal disallowed in Dublin SFC because player wasn't wearing his gumshield
2 months ago
The former Dublin minor star that led Ireland to Grand Slam glory
3 months ago
No promotion or relegation in Dublin championship in 2020
4 months ago
Seven-time All-Star Goldrick using time off to strengthen and improve
Next Page