Bleached hair, baggy jerseys, Blackberry phones and bicep curls - Why playing minors were the best days of your life

"Not a f***ing resistance band in sight."

Tonight on TG4 the All-Ireland minor final takes place between Galway and Mayo, in an all-Connacht battle that will surely produce some magnificent football.

Although age brackets have changed, and there's no doubt that football has evolved, I think when you ask any Gael about their fondest memories playing GAA - more often than not - they go back to the minor days.

Coinciding with your A-Levels/Leaving Cert, your part-time job, your first girlfriend or boyfriend, driving lessons, university applications, and the all-important formal/prom night, is the short window that is your minor career. 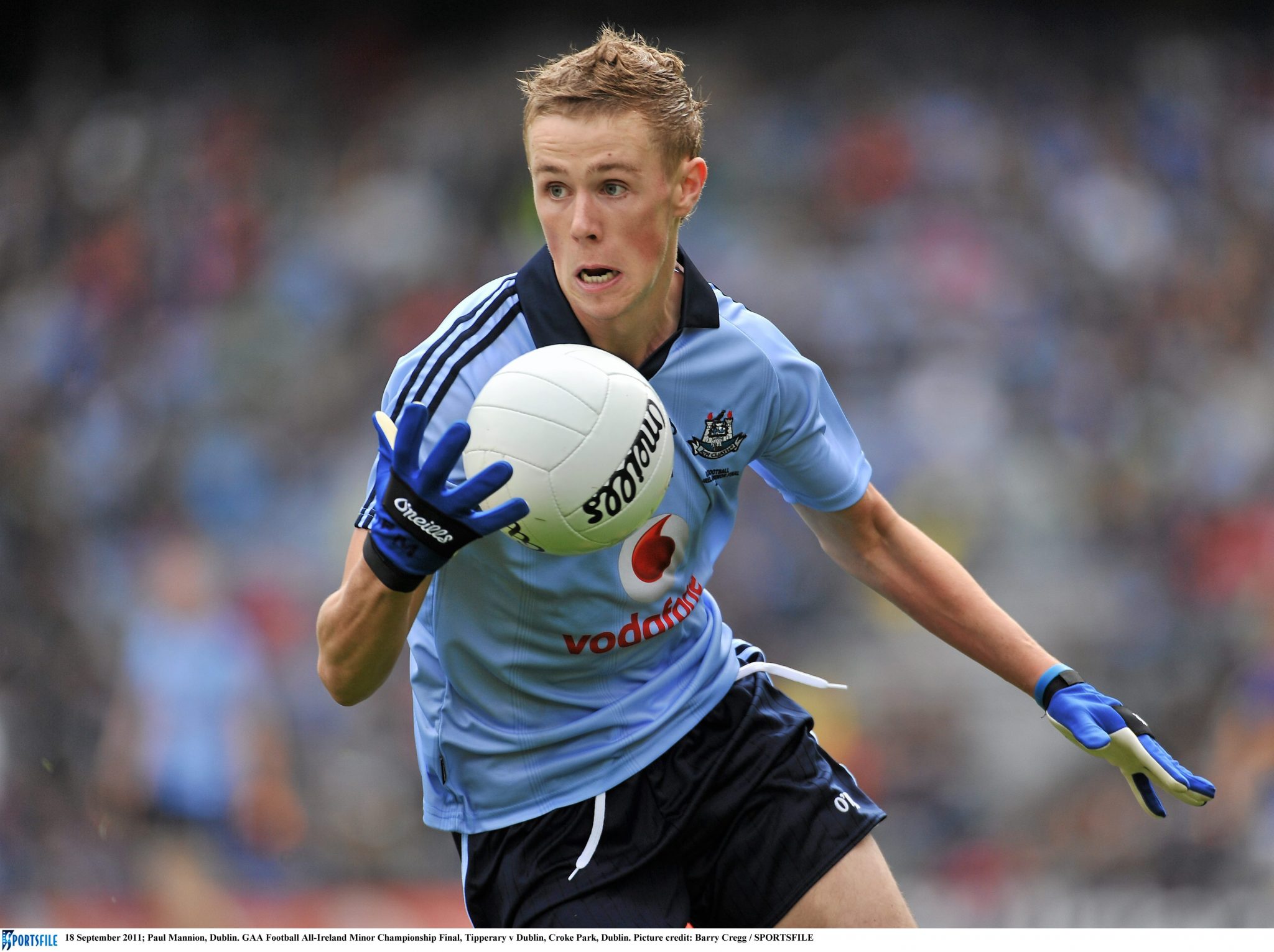 END_OF_DOCUMENT_TOKEN_TO_BE_REPLACED

For just two years you train and play with your best friends, a group of 20-30 people who are on the same confusing journey of adolescence as you are, but are all united by your common goal - to win.

At an age where you're at your most hormonal, and everything around you seems to be rapidly changing all of the time - including your own body - the consistency of training with your pals two evenings a week provided a comfort blanket of stability and reassurance.

END_OF_DOCUMENT_TOKEN_TO_BE_REPLACED

Back in 2010, once you hit the changing rooms and laid eyes on your friend who decided to bleach their hair, all thoughts of coursework deadlines and exam revision are emptied from your brain, and replaced with similes that your English teacher would be proud of. 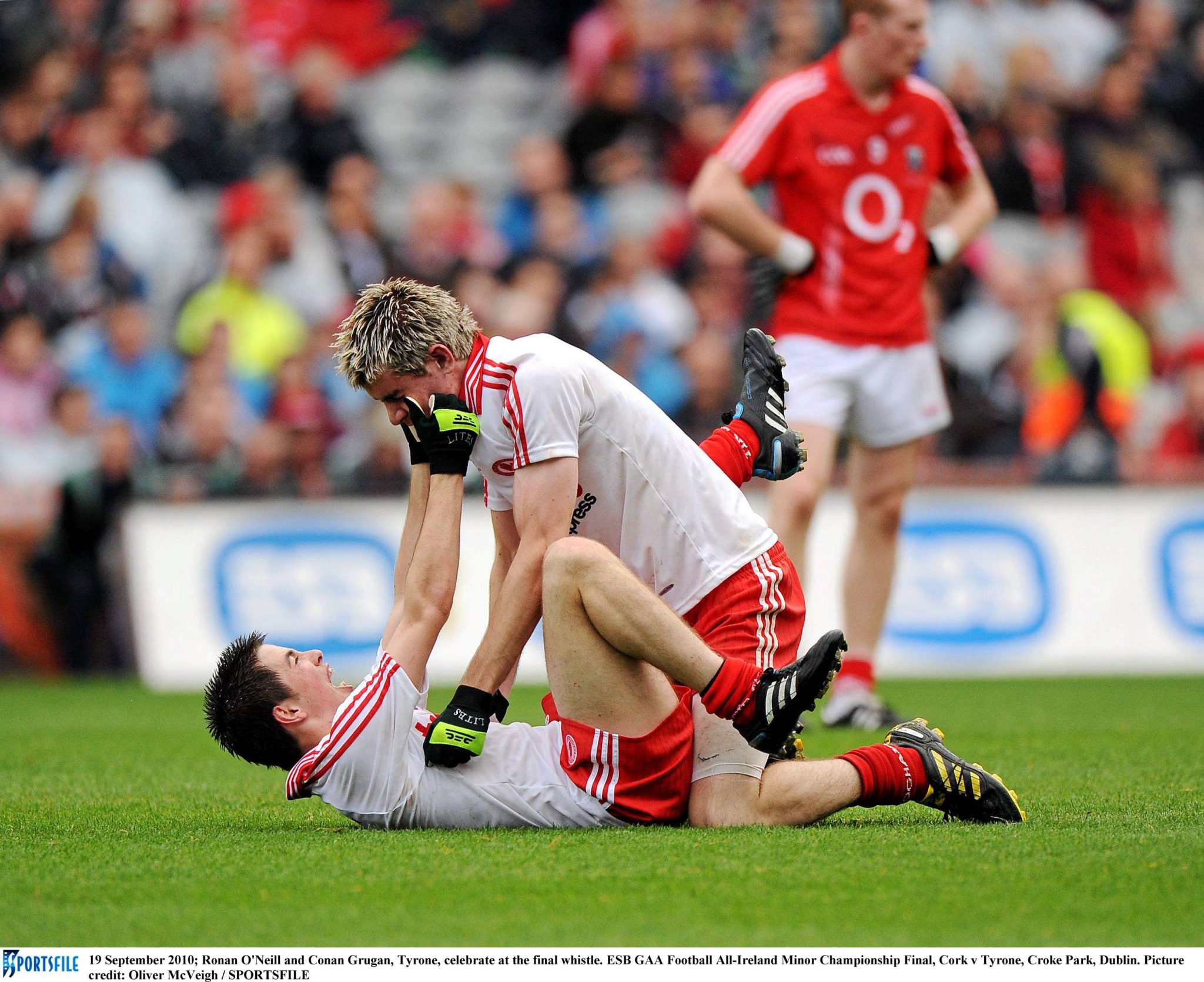 "You look like you dipped your head in a bowl of Golden Nuggets" was one remark that was fired my way (okay, it was me who bleached the hair).

The make of your boots, the baggy jersey you were wearing, your ringtone (remember those?), the person you were texting, what colour your BlackBerry was - all of these were arrows of craic being slung around the dressing room, as laughter echoed through the halls, and oxygen became hard to come by, as laughing fits turned into gasps of air.

Then it was out onto the freshly cut pitch, sun splitting the trees, and everyone in a hurry to organise a penalty shoot-out before the manager starts the warm up. 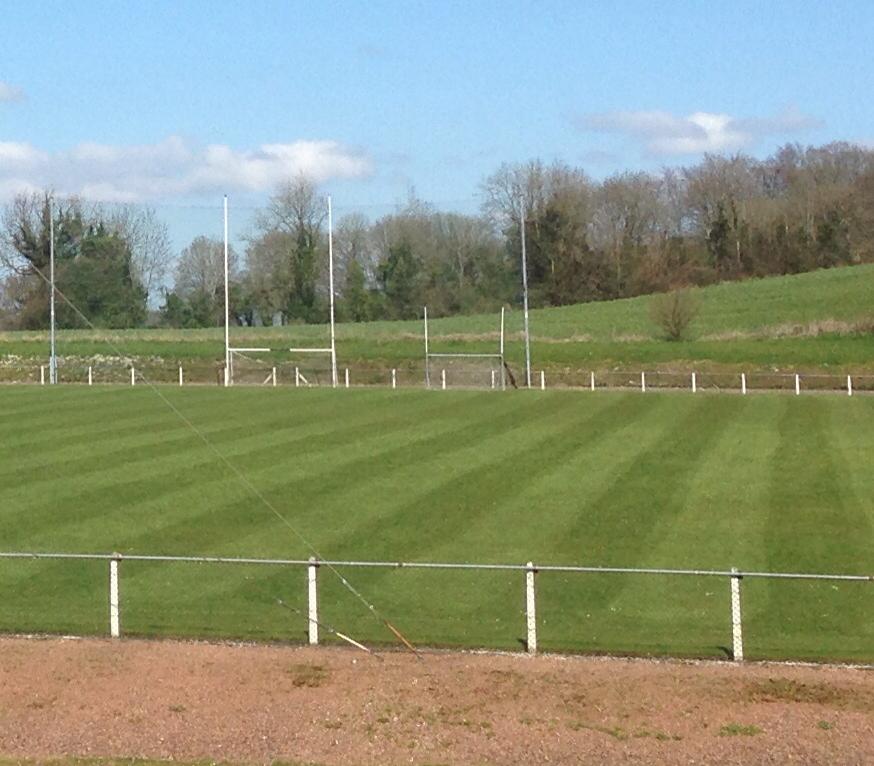 A cocktail of volleys, overhead kicks, and crossbar challenges were all mixed together in the 10 minutes before you heard a whistle blown, and not a f***ing resistance band in sight.

Of course, things got serious then, you were there to win after all - the running was tough, the tackle grids were intense, and push-ups were handed out like takeaway leaflets for every discrepancy.

The air of competition and the want to push yourself, to see your teammates give up their spare time to do the work alongside you - it felt like you were all doing something special and that it would all pay off. 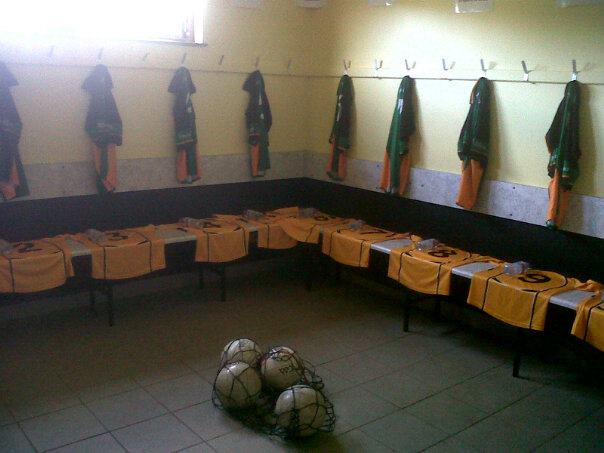 In every single pre-season, without fail you would do the Beep or Cooper test, empty yourself in a freezing hall somewhere, mark down your score, and then obsess about beating it.

The deal was that we would do it every six weeks, so you fixated on that, but more often than not it was forgotten about and not done until the following pre-season.

Then there were the gym freaks, except this was before there was gym-sense. No one knew a thing about sports science, recovery or how lifting weights can actually help you on the pitch. 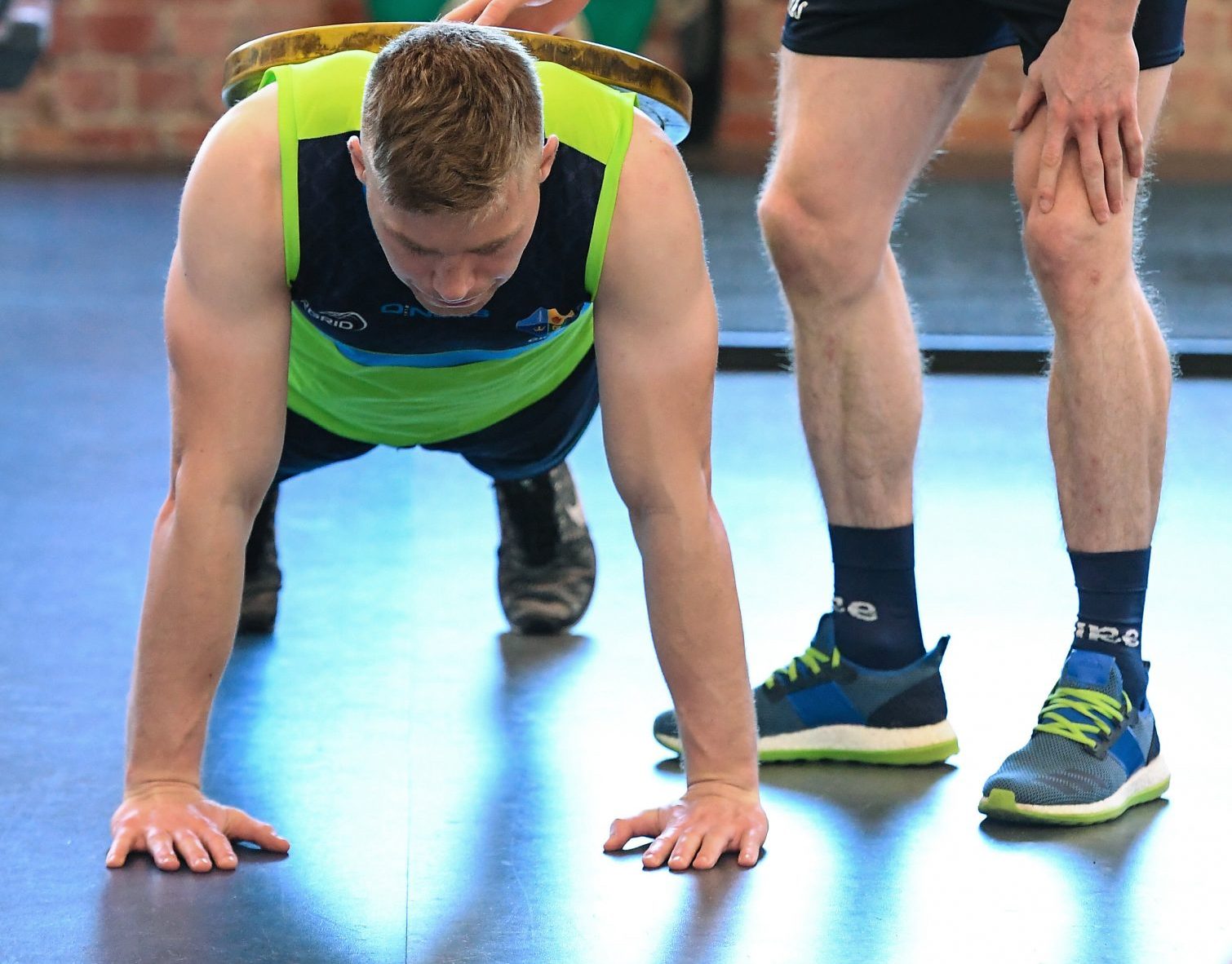 "Three sets of ten bicep curls with 12kg dumbbells will make you stronger and harder to be knocked off the ball, but don't lift too heavy with squats as they slow your legs down," was one little gem of advice I received from my peers.

Doing 100 sit ups every night was a sure-fire way to get you a six-pack according to legend, and all county players have six-packs, so it must be of the utmost importance.

Although clueless, there was an innocence to it, and definitely a placebo effect, like when you finish top of the sprints session for the first time and you conclude that the 'protein shake before training really paid off'. 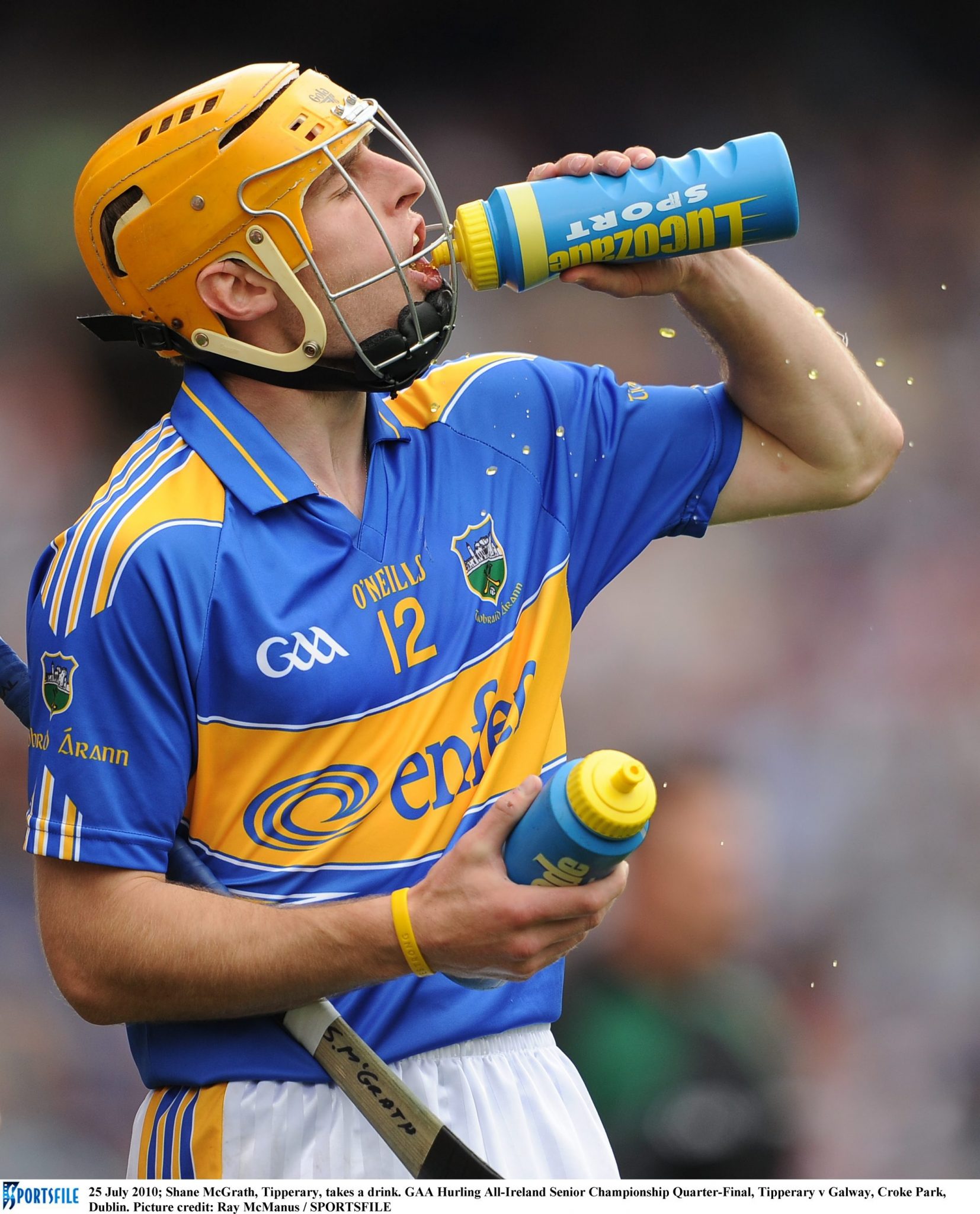 After training it was time to organise the details for the match. Before WhatsApp groups we used chain messages, where a text went out to every player and you had to reply with a 'Y' or an 'N' to confirm your attendance.

The messages would be filled with every cliché you can think of, except they weren't clichés at the time, and could get you so pumped you would hardly sleep the night before the game.

"Every man just needs to win their own battle" or "have fire in the belly, but ice in the veins." 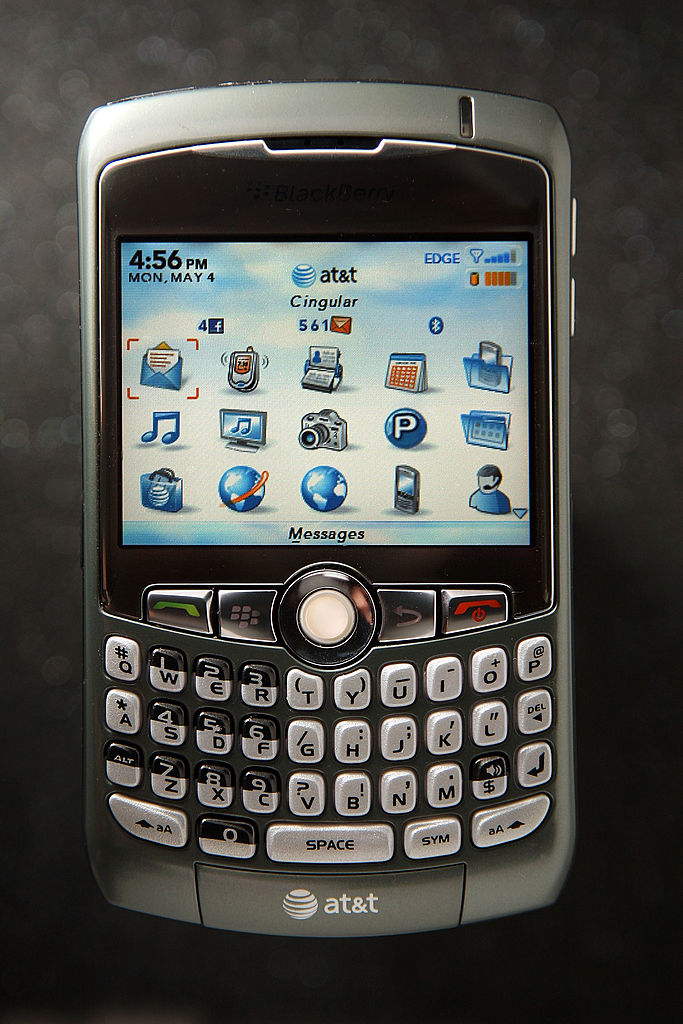 Every club was pretty much the same, but you had a sense of individualism, and no one on God's green earth could have persuaded me that any team was as united as Derry's Ogramore (amalgamation of Ogra Colmcille and Moneymore) were in the years 2010-2012.

Our managers, Shane Barton and Christy Young, had us in the shape of our lives, and even though we were playing in what was then the Derry B league, we honestly thought it was professional, such was the buy in we had.

We wrote down goals at the start of the season for football and for life, we made one of those Soccer AM videos where we chatted about our teammates (who was the best/worst trainer etc), we did an official crossbar challenge, played Aussie Rules from time to time, and on the mornings of our championship games, we met at the clubhouse to have our breakfasts together. 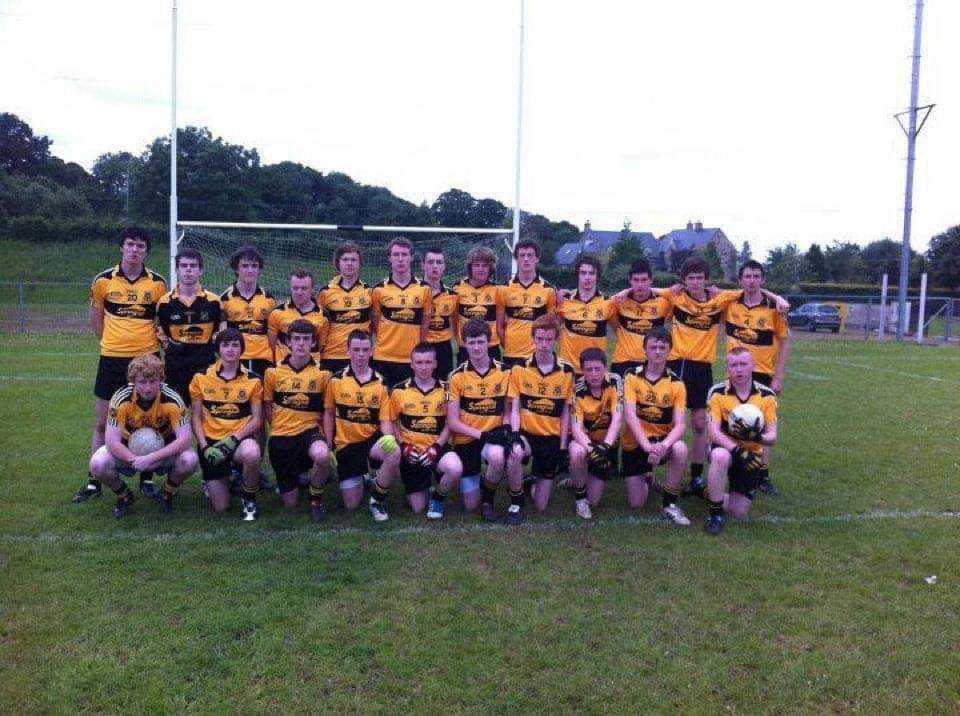 In an attempt to inspire us further, we played the movie Warrior - the one where Tom Hardy is an MMA fighter - and watched it together, thinking in our heads that the game we were about to play was genuinely just as dramatic as the prize fight at the end of the film.

Just like that, it's all over. A few play senior for a couple of years, most drop off completely, some go to university across the water, others migrate entirely, and before you know it, we're all getting married, having kids, buying houses, and obsessing about things we used to hear our parents obsess about.

Those of us who are still playing are nearly doing so in attempt to recapture some of the magic of the minor years, to just enjoy football, and and escape from the daily pressures of adulthood.

If it was easy to obtain however, then it wouldn't have been special, and every now and again you come across your old minor teammates, share stories of the past, ask what such and such is at now, and then sigh and agree that we will all definitely have a reunion some day.


popular
Predicting the 31 biggest knock-out championship games around Ireland this weekend
Shane Lowry on his Tuesday duels with Rory McIlroy at The Bear's Club
QUIZ: Can you name the sponsors of all 32 of these old county jerseys?
Roy Keane linked with Championship job to replace ex-teammate
Two Man United players led a furious half-time inquest into Manchester derby performance
"I think Wexford football is in trouble if something is not changed" - Banville criticises Wexford lay-out
"This is the darkest day for English rugby... the ship has sunk" - End of the road for Worcester Warriors
You may also like
4 days ago
"It’s basically like a mix between rugby and soccer" - Paul Mescal attempts to explain Gaelic football on American TV show
1 week ago
For the first time since 2005 Donegal will not be able to call on Neil McGee
1 week ago
Wexford GAA propose introduction of lifetime bans for referee abuse
1 week ago
The return of Paul Mannion and Jack McCaffrey proves that Pat Spillane is wrong about split season
1 week ago
Cavan and Mayo club championship games live on TV this weekend
2 weeks ago
All-Ireland final date set to be moved yet again as GAA reshuffle the calendar
Next Page