We're talking Patrick Curran's pass to Michael Kiely for Waterford's first goal in the Munster championship and if, with the aid of slowed-down and zoomed-in replays, a pair of grown men can't come to an agreement then what hope have referees without them? All they have is a pair of eyes and a game that, in front of them, is moving at 90 miles an hour.

For what it's worth, it did look like Curran threw the ball but that's not the conversation Conor O'Donovan is interested in having. The two-time All-Ireland winner doesn't want to know if it was or if it wasn't because at this stage, like many others, he's sick trying to find out.

END_OF_DOCUMENT_TOKEN_TO_BE_REPLACED

It was back in 2019 when the two-time All-Ireland winner began his crusade against the hurling hand-pass as it's currently officiated and it was last year when he sent a letter to the GAA's director general Tom Ryan to try and change things. In that letter, the Tipperary man touched on the "ineffectiveness" of the current rule and the "blight" that throwing the ball has become.

So he proposed a solution. O'Donovan backed the introduction of a rule which deems it a foul "to either hand-pass the ball, or palm the ball directly from the same hand that's holding the ball."

This would make for a change from the current rule, which calls for a "definite striking action" from the hand and today, O'Donovan explained to us the logic behind his idea.

"After that, it's up to players as to how they play the ball. They can hand-pass from the other hand, play it from the hurley, they can flick it off the hurley."

Former All-Ireland winner Conor O'Donovan demonstrates the use of the illegal handpass in hurling. pic.twitter.com/mG7U3o2QAM

END_OF_DOCUMENT_TOKEN_TO_BE_REPLACED

The standing committee on playing rules decided against bringing O'Donovan's proposal to congress last year but he's hoping that, with controversies striking almost every weekend, and with throws to be seen in every match, it all might result in his proposal being considered and voted on next year.

END_OF_DOCUMENT_TOKEN_TO_BE_REPLACED

"For me, I find it very hard to enjoy a game of hurling now, because the ball-throwing problem is a constant distraction. And that's how it is for a lot of people.

"I'm hoping that by getting it highlighted this year again that by the time congress comes around next year, that the GAA will have it as a motion to be voted on. Clearly, the rules at the minute are not working."

"I sent my letter to Tom Ryan and enclosed in it was a petition, signed by over 100 people, just to let him know that a lot of people out there are very dis-satisfied with the issue. You're talking about Eddie Keher, Noel Lane, Justin McCarthy, Joachim Kelly, who signed it in support of this solution."

"The hand-passing issue is a huge issue," said the 2013 All-Ireland winner, "because it's unreffable, it's unenforceable, the rule as is at the moment." 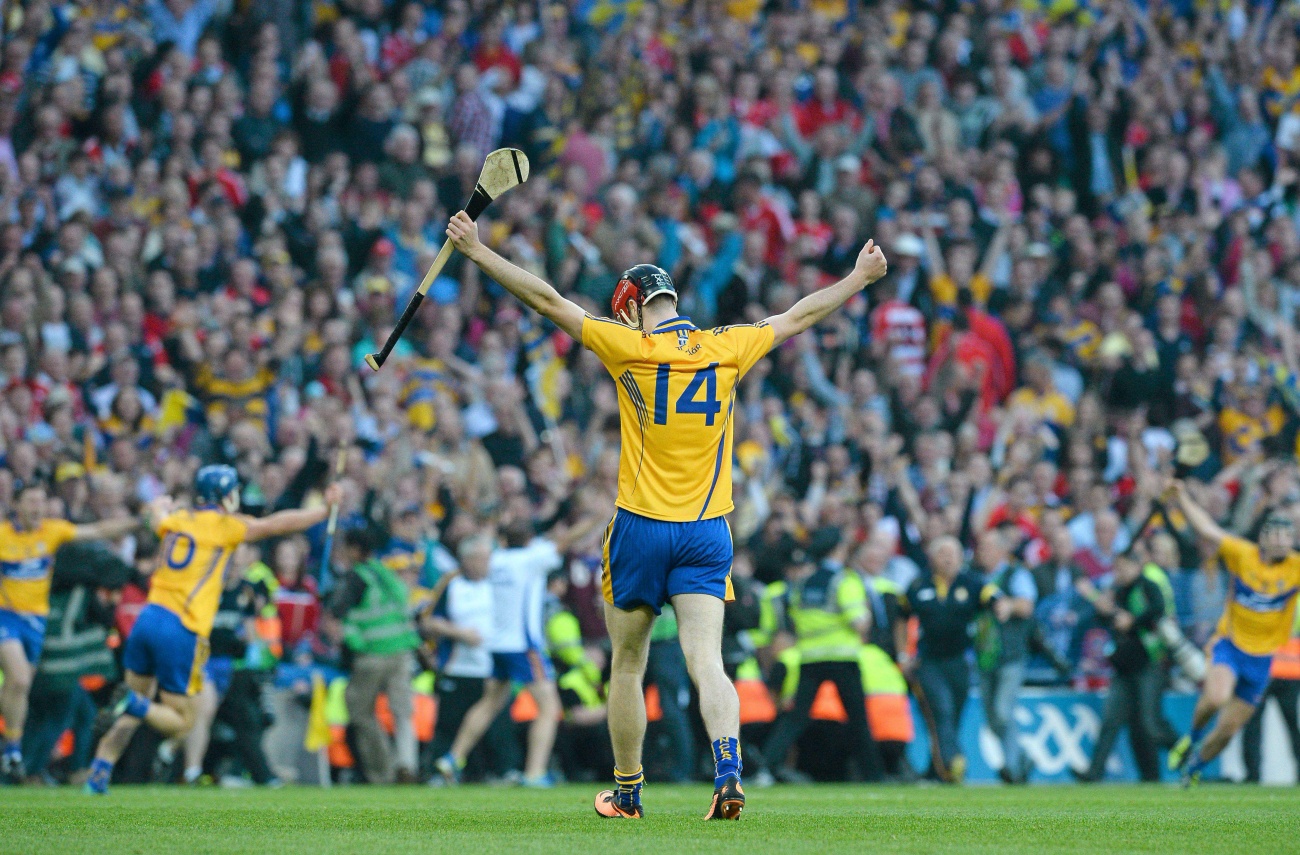 "There have been a lot of examples of throws over the last few weeks and they could be throws as clear as day...but you still have lads saying it was a hand-pass," the Clonlara club-man added.

"I think you need a rule-change on that hand-pass. Having to switch hands when you're hand-passing the ball. That's the only way you could clearly see it. At the moment, you just couldn't ref it."


popular
Broadcaster tries to reunite Roy Keane and Alfie Haaland before Manchester derby
London Marathon sprinter shares his finishing time
Roy Keane fires back after Micah Richards uses 'the new buzzword in football' to question Cristiano Ronaldo
GAA JOE Team of the weekend
Roy Keane comments on Manchester City will inevitably start a worthwhile debate
Padraig O'Hora gets his hair pulled as fly-goalie gets punished in Mayo championship
"No" - Anxious wait for Jacob Stockdale injury update after latest blow
You may also like
2 months ago
Finian Hanley take on contentious Kerry free may settle some Galway arguments
2 months ago
Darran O'Sullivan on the post-match gesture that shows what Jack O'Connor means to Kerry
2 months ago
JJ Delaney on how Brian Cody kept him grounded after Hurler of the Year honour
2 months ago
"We were known as stab city, the butt of everything. Of all the things JP has done, he has made everyone so proud to be from Limerick"
2 months ago
McCarthy still harder than a brick wall
2 months ago
"He was getting a bit disillusioned" - How Damien Comer rediscovered his fire
Next Page