There were six Ballymun Kickhams players on the Dublin panel this year.

On one of the greatest panels there ever was.

John Small, James McCarthy and Dean Rock. Three of the most consistent players Gaelic football has been lucky enough to have over the last number of years. A warrior, the complete player and a finisher. Three players that would make any club team tick.

Then there's the rising stars of Paddy Small and Evan Comerford. Youngsters yet, these lads are the future of Dublin GAA.

Philly McMahon as well. He may be ageing, but the greatest judge of them all deemed he still had something to offer in this year's All-Ireland final. Not over the hill just yet.

That's the bones of a great club team right there. From Comerford in goals to McMahon out in front of him. Small onto McCarthy in midfield. Then the other Small and Rock up top. Throw in Davy Byrne too, a useful squad player for Dublin in years gone by. A county senior in every line. How is any team going to cope with that? 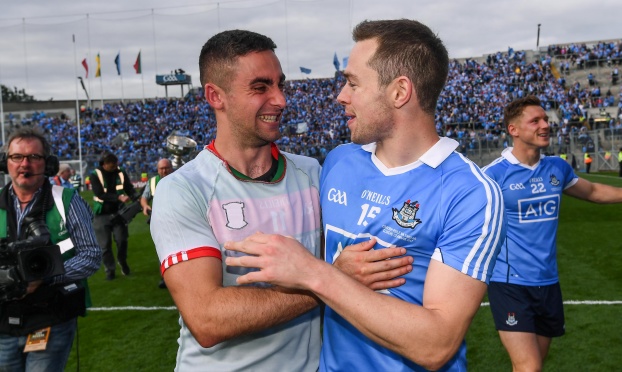 In the Dublin SFC over the last number of years, it seems most teams have coped fairly handily.

But before the story of Ballymun Kickham's tale of underachievement, it's necessary to go back to the year 2012.

END_OF_DOCUMENT_TOKEN_TO_BE_REPLACED

Dean Rock top scored that day while James McCarthy and Philly McMahon played key roles in their one point defeat of Kilmacud Crokes.

A 20-year-old John Small couldn't even make the Kickhams team. The strength in depth was scary. The mood was still a tad cagey though.

27 years they'd waited for this success. Near misses and false dawns. They'd experienced plenty of heartbreak before. The hope was that this young team had something different, and when they beat Portlaoise in the Leinster final, they were widely tipped to take off on a trail of glory in the next few.

The caginess had good foundation.

Disaster struck the following March. Red hot favourites to take home the Andy Merrigan Cup, Paul Curran's Kickhams threw away a substantial lead and were stunned in the dying moments by a Frankie Dolan free for St Brigid's. 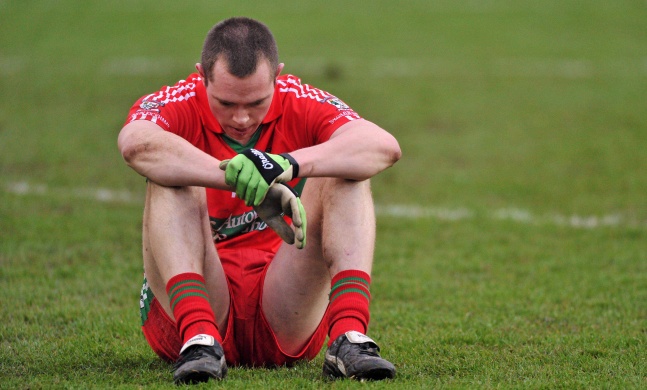 Ballymun haven't won a Dublin SFC championship since. They've got to two finals, in 2013 and 2017. Lost both of them to St Vincent's, completely failing to show in the 2017 decider.

Since then, they haven't won a knockout championship game in Dublin club football. Last year, they fell to an unfancied St Jude's side at the quarter final stages. On Saturday night, a young Na Fianna team defeated them by 0-13 to 0-8 knocking Ballymun out at the group stages.

END_OF_DOCUMENT_TOKEN_TO_BE_REPLACED

They failed to fire again and for this great team on paper, time appears to be running out.

How is this happening? How are one of the most talented groups of players going to pass by with just one county title to boast.

Well, as club legend Paddy Christie said on The GAA Hour last year, the volume of county players is actually proving a disadvantage to Ballymun Kickhams. And when you consider that St Vincent's, four-time champions since 2013, have dominated with Diarmuid Connolly as their only consistent county player, this point is strengthened even further.

In Dublin, it's different. All-Ireland finals are the norm now and so Dublin clubs don't really get to see their players from one end of the year to the next.

They win an All-Ireland, and then they've a crucial club championship game two weeks later. Just imagine what this does to a club team.

The players who've trained all year and played league games to beat the band - six of them are consigned to the bench to make way for the returning county players. It's not good for team morale, it upsets systems and formations and it just doesn't work in a club championship.

Not in this day and age where county players aren't next or near the club set-up. It's not the county player's fault, obviously. They can't be in two places at once but it's more an indication of how club is firmly taking the back seat now.

Christie was the manager in 2017, when Ballymun made it back to the decider, and he found it an impossible task to keep everyone happy.

"I thought it was a very difficult year trying to keep everything going - you were tight on numbers during the year and then the lads come back having won an All-Ireland. It was difficult to re-integrate them, the pattern of play that you had all year is changed, so I think that has a big affect on things..."

"From my point of view, it's a nearly impossible situation..."

As the country stratosphere stretches further and further away from the club game, Ballymun are a stark indication that having county players isn't actually the most beneficial thing for a club.

popular
Dublin club Man O'War suspends all training and matches after positive Covid-19 test
Roy Keane on the experience of being managed by Jack Charlton at USA 94
"Never back against the Irish" - How the BBC covered our USA 94 win over Italy
Jack Charlton's role in getting Roy Keane to Manchester United has been revealed
The SportsJOE 12 o'clock quiz | Jack Charlton special (Day 112)
Packie Bonner on being Celtic's teenage goalkeeper and angering Jack Charlton at Euro 88
'ROG was the kingpin... he just wanted to win, win, win' - Barry Murphy
You may also like
1 month ago
Seven-time All-Star Goldrick using time off to strengthen and improve
3 months ago
"Sometimes sport can overwhelm you, it was time for him to take a deep breath"
3 months ago
Dublin hurler Mick Carton back on the mend after winning another battle
3 months ago
"I'd spent hours and hours honing my left foot with my dad when we were young"
3 months ago
April club month a goner as virus threat causes longer delays
4 months ago
"That's not just handbags, there is a lot of really serious punches being thrown"
Next Page