Austin Gleeson is hardly unfamiliar to a good, old-fashioned hullabaloo.

He's coming up on just 24 and it feels like he's been around the block a few hundred times already.

He's had success on those streets. Hurler of the year awards, a national league title and an under-21 All-Ireland championship make the good days great for a man who has produced some of the most audacious pieces of hurling the game has seen in such a short space of time.

Naturally, as with anything good, he's had his troughs too but they've been intensified with people waiting down there ready to kick him. And, when a talent so revered comes along, you get an equal and opposite reaction in the other direction - the criticism is just as passionate. 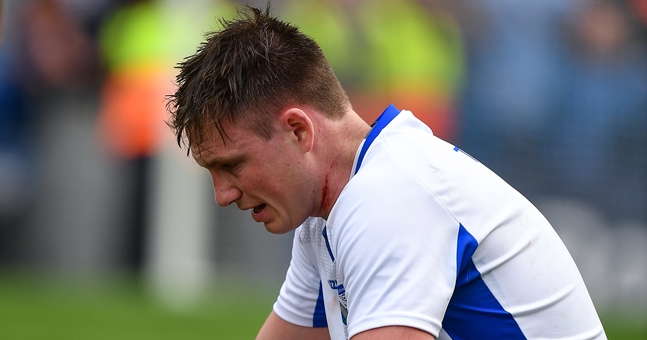 Show a bit of respect

Consider the Ronaldo and Messi theory.

Whoever you think deserves to be called the greatest of all time, there can be no argument that the other is very, very damn close to being the greatest footballer of all time. Whoever you think is better, the other is still absolutely unbelievable but the nature of the praise for either of them means there are millions in their case waiting to take them both down a peg or 17 as soon as they miscue a free kick.

On the brand new hurling analysis show, Corbett and McGrath's Big Build-Up, both Lar and Derek discussed Austin Gleeson, his form and the discourse around the Waterford star and, for the Tipperary legend, he argued that if you're not getting the most out of Gleeson, you're doing something wrong yourself.

"We all know that Austin Gleeson is one of the best hurlers in Ireland. You need the right people over him to press the right buttons. Is the right man over them? It doesn't look like it at the minute."

Derek McGrath explained a bit more about the workings of Gleeson, a man who he watched grow into a Hurler of the Year when he was the manager of Waterford.

"And I think you can also have a hard edge to how you approach Austin as well. There comes a line where you say 'you need to produce here now', because he's man enough to be able to accept criticism if he's not going well.

"But, these guys, they feed better off the arm around the shoulder mentality."

Watch the full show below.