Brought to you be Centra #WeAreHurling

Twelve points up. Clock in the red. Still pushing for every ball, still demanding more air from roaring lungs, still keeping the foot on Kilkenny’s throats.

There was a moment at the end of Tipperary’s 14-point mauling of the Cats that summed up Liam Sheedy perfectly. As the clock ticked into the red, and the yellow and blue ribbons were being tied onto the Liam MacCarthy Cup, Willie Connors notched a point from midfield to put 12 between the sides. 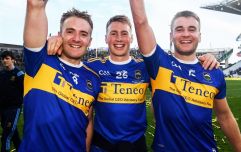 END_OF_DOCUMENT_TOKEN_TO_BE_REPLACED

There was a minute and a half left, with four goals separating themselves from Kilkenny. You could forgive the Tipp hurlers allowing themselves a moment of celebration. You would not begrudge their manager a moment to soak in a febrile Croke Park, take the adulation of back to back All-Irelands almost a decade apart.

Instead, he could be spotted roaring on his players, pointing out free men, anticipating a quick puckout from Eoin Murphy destined to be in vain. Never letting up. 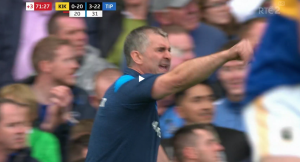 The Premier would go on to notch two more points, and break their own record for inflicting the heaviest final defeat in the Cody era. You could argue that Sheedy’s playing to the whistle came from a desire to stick the boot into this Kilkenny side. It could easily be simply a will to maintain standards to the final whistle.

Or, was it simply the remnants of a fear of a Kilkenny revival? 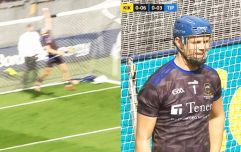 Was Hawk-Eye wide of the mark in All-Ireland Final?

END_OF_DOCUMENT_TOKEN_TO_BE_REPLACED

Looking back on Sheedy’s first final with Tipperary, against the Cats in 2009, his side were ahead by two with 6 minutes left to play. Then Cody’s men suddenly sprang to life, Henry Shefflin converting a penalty and Martin Comerford raised another green flag within two minutes to break Tipp hearts and land another title.

Speaking on the final episode of Corbett & McGrath’s Big Build-Up this week, Tipp stalwart Lar Corbett reckoned that might have been the case;

“He's always demanding more, but you have to remember: where did Liam come from? His first All-Ireland Final in 2009, we were up…against Kilkenny. We thought we had it. We spoke about that as players after. We thought that day that we had it. We spoke as a group even, and everyone kind of said "yeah, it crossed our mind, we thought we had it". And then it was taken from us in a blink of an eye. So I think, even though it was 12 points, somewhere in the back of your mind you're saying "right, this is Kilkenny", they've done it so many times before to so many different teams. You don't believe your 12 points. The scoreboard is not registering, you're looking for the next ball. And I think that's Liam, he's always, always looking for the next ball.”

Sheedy’s return has been widely lauded for dragging Tipp hurling from the doldrums of last year to the top of the increasingly competitive pile in 2019. Like Kilkenny, few tipped the Premier for silverware this year, but they shot out of the traps with an unbeaten Round-Robin campaign before a blip in the Munster Final crashed them back down to earth. They took their learnings, both from this year, last and 2009 and Corbett reckons that healthy fear of loss was crucial in their victory;

“And back to your question, down in Ennis this year, match is over, game won, lashings of rain... He's driving on 15 guys that are doing the runs after. So he's always looking for that extra little bit of an edge and I just think there that, back down to Brian Cody, back down to Kilkenny, you can just never, ever take the foot off the gas until you're nearly sitting inside in the dressing room. Even when the referee blows the whistle you have to think for a second. But you're in the dressing room, and you win and you say "right so we've done it here". 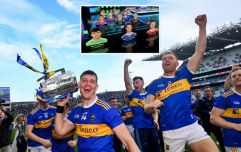 The Sunday Game panel name Hurling Team of the Year

END_OF_DOCUMENT_TOKEN_TO_BE_REPLACED

Whether Liam Sheedy simply wanted to rack the score up against Kilkenny, or whether there was a genuine fear of Brian Cody raising the dead Night King-style in Croke Park, the man embodies the passion and drive that captured Liam for the Premier this year.

For more analysis of Tipp’s hammering of Kilkenny, as well as Corbett and McGrath’s Team of the Year, sneaky snack boxes and Richie Hogan’s dander, watch the full episode below:


popular
"It's giving the Kerry team a bad image. They don't look like footballers, they look like gurriers." - Liveline has peaked
Bundee Aki overheard in the stands after Faf de Klerk hit on Conor Murray
Gatland on his decision to start Bundee Aki, and drop Tadhg Beirne
Eoin Murphy's calls from the goals show Cork they're in for a completely different ball-game
"That's one of the best races I've ever had" - Coscoran kicks like a demon to seize the day
Warren Gatland pulls Joe Schmidt into Lions Tour refereeing drama
The SportsJOE 12 o'clock quiz | Day 377
You may also like
1 year ago
Bubbles O'Dwyer delivers when it matters to put himself on legendary track
1 year ago
Sunday Game panel split on Hurler of the Year decision
1 year ago
Watching nation lauds TJ Reid after lightning start at Croke Park
1 year ago
Corbett & McGrath's Big Build-Up: Tipperary to make Kilkenny eat their words
1 year ago
Kilkenny's danger-man proves he's ready to attack Tipperary's problem position
1 year ago
Derek McGrath opens up on becoming the next Waterford manager
Next Page