Andrea Murphy’s goal two minutes from time sent UCD into the Gourmet Food Parlour O’Connor Cup final for the first time since their victorious 2016 campaign, after an exciting semi-final at a wind-swept Abbotstown. 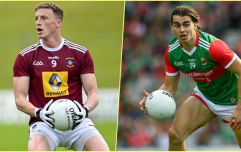 END_OF_DOCUMENT_TOKEN_TO_BE_REPLACED

Three-time champions UCC looked set to reach the decider when Niamh Cotter’s goal 11 minutes after the restart put them four points clear, but substitute Chloe Foxe hit the net for UCD to give them hope and Murphy finished the job as the clock neared 60 minutes.

With a crossfield wind slightly favouring UCD in the first half, they were happy to open the scoring in the fourth minute when Westmeath’s Lucy McCartan tamed the conditions and pointed via the post.

Galway senior Áine McDonagh showed how difficult scoring was when her free from 25 metres dropped short, but her side's chances were boosted when UCC defender Shauna Cronin was sin binned after ten minutes.

But UCD couldn't capitalise and instead Cork star Libby Coppinger got UCC off the mark after 18 minutes. 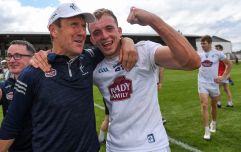 END_OF_DOCUMENT_TOKEN_TO_BE_REPLACED

Cronin returned and McDonagh converted a tough free from the right straight after Coppinger's point, before doubling her tally after 20 minutes to put UCD 0-3 to 0-1 ahead.

Ciara McCarthy had a tough opening in front of goal, but she pointed from the left into the wind eight minutes from the interval – and the former Cork All-Ireland Minor A medallist would finish with three points for her team.

She had a great goal chance two minutes from the break but she was dispossessed and Tarah O’Sullivan's point just before half-time put UCD 0-4 to 0-2 ahead at the break.

UCC were the dominant side in the second period and after Hannah Looney and Orlagh Farmer efforts dropped short, McCarthy scored before Cotter levelled matters in the 33rd minute. 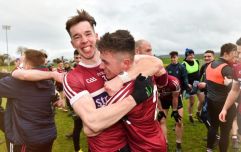 END_OF_DOCUMENT_TOKEN_TO_BE_REPLACED

Coppinger gave UCC the lead for the first time three minutes later, with Cotter doing some great work in the build-up, and it was midfielder Cotter who hit the net for UCC when she ran on to McCarthy’s handpass over the top to make it 1-6 to 0-5.

Dearbhaile Beirne put a goal between the sides before Foxe goaled on the turn to level matters again, but with Tarah O’Sullivan in the sin-bin and the UCC defence performing stronglym the Cork students pulled clear when Tipperary’s Caoimhe Condon and Cork’s Farmer pointed following patient attacks.

But UCD gave it one last go, and a quick free from McDonagh gave Murphy the chance - and her low finish sealed victory for Conor Barry’s side.