You go into the dressing room to sit in the same seat, beside the same Johnny to talk about the same stretch in the evenings.

We're all creatures of habit and our old traditions, for commitment or laziness, die hard. You won't survive in this manic GAA playing life without having a certain structure in yours, but as the pressures from work, the insufferable commute to work and making it to training without getting press-ups for being late builds up, it's very easy to slip into bad ones.

Suddenly, that pressure that makes you wish there were a few more hours in the day has gone, suddenly, you have all the time in the world.

It's a strange reality, not having training to rush to or microwaved meals to wolf down but one thing's for certain, and that's that now is the time to develop new routines to help you become the player you always knew you could be...if you had the time.

It's not just bad traditions that die hard, good ones will live on too.

We chatted to Mayo legend Andy Moran about how players can use this enforced time off to their advantage, to become better players and indeed, better athletes. 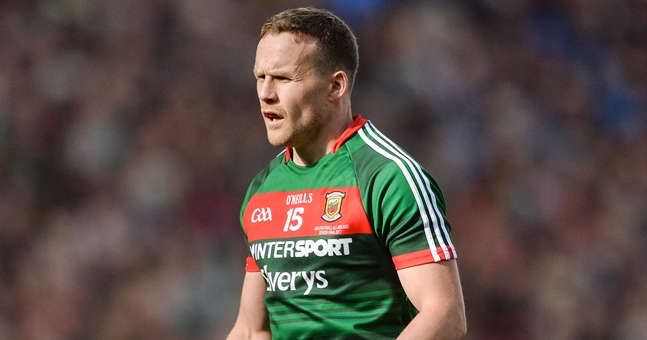 "From a player's point of view I know when I retired that the hardest struggle was that you're so used to structure. You're used to training on the Tuesday and Friday, you're used to doing your gym sessions during the week and planning everything around them. All of a sudden, you're going to probably have a month minimum off of not seeing teammates, not seeing S and C coaches," he began.

But here's how you can turn it into a positive, rather than a negative. 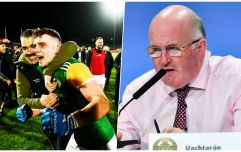 END_OF_DOCUMENT_TOKEN_TO_BE_REPLACED

It's not one pre-season this time around, it's two or even three of them rolled into one. Get over to the field, do the wall-ball session you always talk about doing, do the movement drills, the visualisation that will take you to county final day.

"My major advice to any young player would be to get to the pitch," says Moran.

"What happens with players now is they're going from one season to the next, at every stage they're trying to impress. In January, you're trying to prove you're in good enough shape, it all runs into the championship. So you don't have time to hone in on the skills - now you have the time to go to the pitch, to work on your visualisation, your movement patterns and things like that. Work on your shooting, your angles, your positioning. There's an awful lot of stuff you can work on..."

You know that shooting practice you always say you're going to go over to the field and do, but rarely end up doing, now is the time to slot it in there.

Gyms are closed but you still have the most important tool of all; your body. Andy Moran runs The Movement Gym in Mayo and the former Footballer of the Year along with his team of staff are posting work-outs from the Lough Lannagh facility in Castlebar for every single day.

For every day the doors are closed @TheMovementCB we will be posting a workout that can be done in any location. A different coach each day. Today was my turn and it didn't work out too well. First real session in Months. Enjoy guys https://t.co/EQK3yxQWvl

We asked Andy to delve into the specifics and to tell us the best way to build strength in your legs without having a squat bar with high weights on. He let us in on the exercises he swears by - the one legged exercises.

"I'd be a big advocate for working off one side of your body. So work off your left leg first, with a split squat, and an RDL and then do it off your right - either with body weight or with a kettlebell or some dumbbells. What that will do is it will even up the strength in both sides of your body - if you go on a double leg exercise, if one leg is stronger it will take more weight naturally so this is a chance to correct that and even the two sides off so you'll have equal strength. The exercise I live and die by is the rear foot elevated split squat - so if you're at home and you've any sort of weighted kettlebell, put your back foot onto a chair and get yourself into a lunge position and drop that back knee to the floor, it works your glutes, hamstrings and quads, it's just a great exercise for all of those different movements..."

Make them a part of your routine. Maybe a new seat in the dressing room would be no harm!


popular
The SportsJOE 12 o'clock quiz | Day 189
QUIZ: Can you name every top European football club that begins with 'L'?
QUIZ: Guess the footballer from their Wikipedia page #11
"My job at Sky is not to be a cheerleader for Rory McIlroy" - Paul McGinley
Conor McGregor shares DMs from Dana White to justify boxing comeback
Jake Livermore won't receive two year drugs ban because of family tragedy
QUIZ: Can you guess the football shirt sponsors of these classic 90s kits?
You may also like
3 months ago
"Maybe my leadership can be a bit raw. It's something I've had to improve on"
4 months ago
Lee Keegan on what he misses most
6 months ago
The GAA Hour | Football | Mayo 'standing off', Congress analysis and the Tunnel row
6 months ago
Mayo issue update on crunch Allianz Leagues clash with Kerry
8 months ago
James Durcan stuns Ballybofey with last kick of the game
8 months ago
"Growing up, I would always have been naturally fit"
Next Page