"What about the 10 or 12 who can't? What's left for them?" - Errigal Ciarán call for return to under-18 and traditional age groups

The under-17 and under-20 competition's have not captured the GAA public's imagination quite like their predecessors.

And that goes for both club and inter-county competitions. Under-12, 14, 16, 18 and 21 age-grades were in place for the guts of 60 years, between 1964 and 2018, and while they weren't perfect - how could they have been when, unlike any other sports, GAA players play in a number of different competitions, for a number of different teams, at the one time - but they were still better than what we have now.

With GAA congress only around the corner, the time for change is now. But the GAA are going the wrong way about it. The central council could be about to make the thing even worse with their motion to bring in an under-19 inter-county grade in 2023. It would be ran alongside the under-20 championship that year - before one of them would be dropped for the next year - but aside from that carnage, the real issue is this.

END_OF_DOCUMENT_TOKEN_TO_BE_REPLACED

Minor and under-21 were two tremendous championships that were and valued by all players and supporters. What is the point in getting rid of one of them so underage players only have one chance to represent their county?

Age-grade at club and county level, obviously, go hand-in-hand with one influencing the other and that's why Tyrone club Errigal Ciaran's motion to allow counties to decide on their own underage grades is a huge one. The club, for whom Peter Canavan is the vice-chairperson, sent an email to clubs around Ireland on Tuesday explaining their reasons behind the motion, and the reason they have no faith in that under-19 age-grade.

"We understand that when the change was made to 15, 17, 19, that the intention was that it would improve player pathway with a meaningful U-19 competition key to that success. But, as was called out at the time, the overlap of U-19 with senior/reserves is too great and it is almost impossible to play a prolonged competition at U-19 club level,” the letter stated.

“A particular concern are the perceived weaker lads, who may never enter an adult dressing-room in any event, but who enjoy the training and camaraderie during their underage career,” the letter continued.

Clubs and Co Boards need to read this, get behind its motives and realise how much sense it makes. It’s a necessity and a no brainer. The future of players is at stake. Fair play @ErrigalCiaran1. Canavan one of the all time greats leading the way and talking complete sense!! https://t.co/LAMM9WKL5K 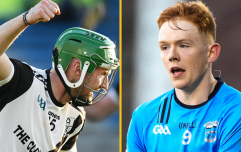 END_OF_DOCUMENT_TOKEN_TO_BE_REPLACED

"For many lads, their underage club careers are over by their fifth year at school. No underage hurling or football by sixth year, it seems a crazy position."

"We all know two or three lads who are physically developed at that age and can compete. But what about the 10 or 12 who can't? What's left for them? A few under-19 games at the end of the summer if they're lucky."

END_OF_DOCUMENT_TOKEN_TO_BE_REPLACED

“At that critical age of 17, their networks are closed a year earlier, from 18 down to 17 years of age. Some of these lads will go on to be the best administrators our clubs ever had, others will drop out as they lose the connection with the club,” the letter continued.


popular
Ballyhale's Colin Fennelly felt Ballygunner's victory speech was disrespectful
Eniola Aluko responds to criticism after on-air mistake on ITV
Brazil star responds after Roy Keane slates dancing celebrations
Roy Keane reacts to Brazil's jubilant celebrations in first half demolition job
Rory McIlroy explains 'falling out' with Shane Lowry that lasted a few years
Samuel Eto'o involved in an ugly confrontation with fan outside World Cup match
World Cup 2022 Day 16: All the major action and talking points
You may also like
1 month ago
GAA JOE Team of the weekend
1 month ago
"I'm a bit battered after it." - Shane Walsh comes through the wars to inspire Kilmacud Crokes
3 months ago
Conor McKenna set to return to the AFL in huge blow for Tyrone
5 months ago
"If I was fit enough, I'd want to play outfield for Tyrone." - Morgan on changing times for goalkeepers
5 months ago
"Life can be very cruel" - Anthony Daly captures the feeling of a GAA community in shock
5 months ago
Tyrone GAA in mourning following death of senior hurling star Damian Casey
Next Page