It's another jam-packed day at the World Cup.

Welcome to Day Five of the 2022 FIFA World Cup, and our dedicated hub where we will keep you updated on all the action from the tournament.

On Thursday, we have four games with Group G and Group H getting underway. First up, Switzerland face Cameroon at 10 am, which is followed by Uruguay versus South Korea at 1 pm. In the 4 pm game, Portugal take on Ghana. At 7 pm, Brazil come up against Serbia.

END_OF_DOCUMENT_TOKEN_TO_BE_REPLACED

Brazil are one of the favourites for the tournament but are in a tricky group alongside Switzerland and Serbia, both of whom topped their qualification groups. Meanwhile, the focus will be on free agent Cristiano Ronaldo as Portugal start their campaign. Uruguay have also been touted as a potential dark horse.

END_OF_DOCUMENT_TOKEN_TO_BE_REPLACED

On Wednesday, there was another surprise result as Japan came from behind to beat Germany 2-1.

The Germans now must avoid defeat to Spain on Sunday or they will crash out in the group stages for the second consecutive World Cup.

Spain, meanwhile, hammered Costa Rica 7-0 in the most complete performance of the tournament.

Elsewhere, in Group F, Croatia and Morocco played out a goalless draw and Belgium beat Canada 1-0.

The Belgians did not play well in the match but were let off the hook as Canada failed to take any of their goalscoring chances and missed a penalty. 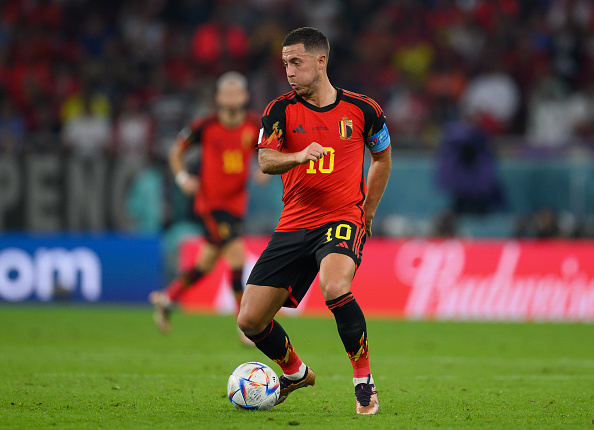 
popular
Clive Woodward happy to 'eat humble pie' after bold comments about Ireland
Man United could be blocked from playing in the Champions League next season
Man City expect Pep Guardiola to leave
"He rode him like a machine rather than a racehorse" - Mullins doesn't spare Townend as second string come good
The Ireland team Andy Farrell needs to start when France come to town
Josh van der Flier's post-match recovery routine could spark a bracing trend
Matt Williams wants two changes and Peter O'Mahony benched for Ireland vs. France
You may also like
1 month ago
France lodges official complaint after Argentina's treatment of Kylian Mbappe
1 month ago
Karim Benzema unfollows France teammates in latest twist
1 month ago
World Cup referee hits back at claims that Argentina goal should have been disallowed
1 month ago
More than 200,000 fuming France fans sign petition calling for World Cup final to be replayed
1 month ago
FIFA investigating how Salt Bae got onto pitch at the World Cup final
1 month ago
Olivier Giroud responds after claim he pretended he couldn't speak English to avoid jersey swap
Next Page