Video: Whatever Michael D Higgins said to Raheem Sterling really pissed him off

Raheem Sterling didn't enjoy his pre-match small talk with the president one bit.

Before the match where time stood still, Wayne Rooney did the usual pre-international ritual of introducing El Presidente to all the English players.

END_OF_DOCUMENT_TOKEN_TO_BE_REPLACED

The president shook the winger's hand, said what we presume was a kind greeting, but as soon as he moved onto the next man, a pained expression washed over his face. Sterling's face dropped almost immediately after the handshake and he began staring rather menacingly at Michael D.

Clearly he didn't enjoy the brief exchange with the president at all.

We think the Irish President is a closet Liverpool fan unhappy with recent contract talks judging by Sterling's facehttps://t.co/iZ8aCPLyzA

One of our readers managed to get a brilliantly timed photo of the now infamous Sterling stare. Cheers to Paul McNeela for sending this wonderful image our way. 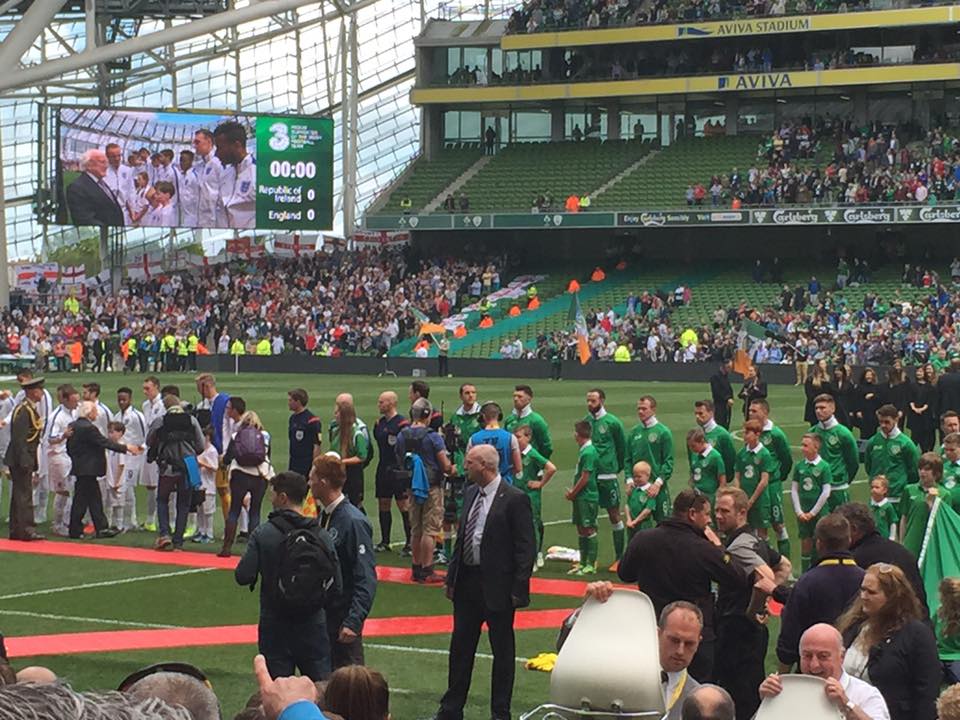