VIDEO: Henrik Larsson had to play his kit man in goal for Helsingborgs' first game of the season

Henrik Larsson is a man that is almost universally admired.

With stints at Celtic, Barcelona and Manchester United, we're all very aware of what the Swedish legend has brought to the game of football.

But perhaps better than any of his 400+ career goals is the story of Helsingborgs goalkeeping crisis for their season opener. 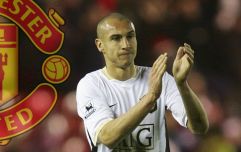 END_OF_DOCUMENT_TOKEN_TO_BE_REPLACED

Larsson, who manages the Allsvenskan club, was left with no fit goalkeepers to play for the game against Kalmar so had to resort to 42-year-old kit man Daniel Andersson.

To be fair Andersson is a former goalkeeper and also coaches Helsingborgs' current stoppers so it's not like it was he first time he pulled a pair of gloves on.

And the years away from professional football seemed a non-issue as Andersson managed to keep a clean sheet in the game which finished 0-0. 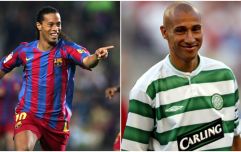 END_OF_DOCUMENT_TOKEN_TO_BE_REPLACED

"It was a scenario I could never have prepared myself for, to go from kit man to goalkeeping coach to playing," Andersson told TV station CMore.

Larsson hailed Andersson's performance at full-time saying "you'd have to be impressed."

"He'll soon be 43 and he didn't make a single mistake in this match. I'm very glad to have Daniel Andersson multi-tasking in our club."