It was meant to solve arguments, not cause them.

VAR hasn’t been a success. It’s been the main topic of conversation after every weekend of Premier League action, a lightning rod for football purists to bemoan the fact that once again ‘the game is gone’ and has provided endless words for football writers since August.

Allow us a few more. 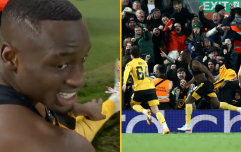 END_OF_DOCUMENT_TOKEN_TO_BE_REPLACED

The technology works, when implemented properly. Watching football outside the Premier League will tell you that. It’s still not perfect, but it’s a hell of a sight better than what is seen week after week across the water. It doesn’t need to be scrapped, it needs to be reformed, changed and adapted. There are a few, pretty simple, alterations that would make VAR a hell of a sight better than it currently is. And they need to be implemented before it's too late.

Football fans can be trusted with knowledge. A shock, I know. There’s nothing worse than being in a stadium and left in a multi-minute vacuum, without replays and without any indication as to what’s going on in the VAR bunker in an undisclosed, secure location. Show it on the screens. Make it part of the occasion, increase the drama. Allow fans to cheer or boo the event, to draw the referee’s attention to something and to let their voices be heard. Rugby stadiums play out heartbeat sound effects, the referee walks over to the screen, the fans can see what is happening. It seems like a no-brainer, but it’s a problem that anyone who attends games in Lansdowne Road or Croke Park will be well used to. "Controversial" incidents don’t get shown. Personally, I get more angry by not being shown what’s happening, not by a simple replay that will probably show that fans’ anger is unjustified. The fact that some stadiums (Old Trafford, Anfield) don’t have this capacity may prevent this from happening. But, still, show us what’s going on. END_OF_DOCUMENT_TOKEN_TO_BE_REPLACED

Speaking of which, can the referees actually use the screens on the touchlines? Why are we making the referee the bearer of bad news, setting them up as the messenger to be shot, diluting their authority? A referee now has the spectre of a faceless Big Brother in their ear permanently telling them the final decision. They now have the routine of calmly telling a roaring player “it will be checked”, before running to the other end of the pitch and hoping they don’t have to point to the penalty spot with all the authority of a bouncer in a Dublin nightclub tapping a broken earpiece and saying their hands are tied, you're not getting in... Put the power back in the referees’ hands. They make the calls.

No flagging for an offside unless it’s clear as day. There have been too many incidents this season, perhaps most notably Jonjo Shelvey’s goal against Sheffield United, where an eerie calm falls over an attacker bearing down on goal and defenders and goalkeepers don’t want to legitimize the ‘attack’ and so go through the motions until the VAR check. You can’t rewrite players’ instincts to that extent, so make it somewhat easier on them by keeping the flag down. It’s the equivalent of a referee blowing a whistle for a foul and then allowing it be played out while half the players have stopped. Take the flagging out of the game in those instances, let VAR do the work. 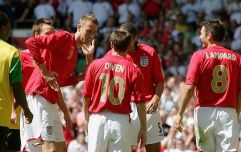 END_OF_DOCUMENT_TOKEN_TO_BE_REPLACED

This goes back to putting more power into the referee’s hands, and once again comes back to the rugby model. The scope and power of VAR needs to be limited by what the referee wants it to do, on certain occasions. In rugby, this is done by the question asked by the referee when the TMO is called into action. For example, if a rugby ref wants to work out if a try has been scored, he can ask a few questions;

These need to be adapted for VAR, and football, in order for a referee to own decisions and use the real-time, up close and personal view they have. Otherwise, why bother having a referee at all if they are just messengers for VAR?

This one’s harder, but players, fans, pundits, writers and presenters just need to know the rules. GAA referee David Gough made this point at a live Play X Play event recently where he asked a very simple (paraphrased here) question; “where did you learn the rules for the game you play? Have you ever read the actual rule book?”.  It’s true, many of us have picked up on the rules from the coverage we watch/read, from an underage coach or even from older siblings/parents. They change, they adapt, and if we want to justifiably be angry about VAR calls then we need to make sure we actually know the rules that are being implemented. Be that handball, offside or even the ‘last man back’ rule, we’ve no right to be angry at VAR if we know less than it.

Right, that’s it. We need Mike Dean and every other Premier League red mic’d up immediately. pic.twitter.com/G6stxrZR5e

The game isn’t gone, VAR isn’t useless, but something needs to change if it is to become a positive reinforcement of referees rather than the headline-grabbing, line-drawing, glee-stealing robot it has become in the Premier League.


popular
Sean Dyche set to be named Everton manager after Marcelo Bielsa talks break down
Roy Keane flatly rejects longstanding perception of ex-Man United midfielder Paul Ince
Allianz National Football League Round 1: All the action and talking points
Roy Keane leaves ITV pundits in stitches after Pep Guardiola's pre-match interview
Conor McGregor hit by car ‘at full speed’ while cycling
"I don't like to fill my time that way" - O'Hora going his own way in an era of obsessives and covering all bases
Replay is not the answer for Glen-Kilmacud mess of epic proportions
You may also like
4 months ago
Juventus denied late winner in chaotic stoppage time VAR drama
4 months ago
"Bin it!" - Calls for VAR to be scrapped as Brighton have absolute stunner ruled out
6 months ago
Semi-automated offside to be used at World Cup after successful VAR trials
9 months ago
James Maddison takes aim at Raphael Varane over disallowed goal
1 year ago
"That is not a penalty. Never in a million years" - Liverpool steeped with controversial VAR call
1 year ago
“Dublin came back onto the pitch with their usual arrogance" - Mayo GAA officer slams Dublin and makes case for VAR to be introduced
Next Page