Tributes pour in for Johan Cruyff, the father of Total Football

A true legend of the game, and one of its finest philosophers, has passed away.

Johan Cruyff has lost his latest battle with cancer, at the age of 68.

The Ajax, Barcelona and Netherlands maestro was diagnosed with lung cancer in October of 2015 and, following a deterioration of his condition, died surrounded by his family members. 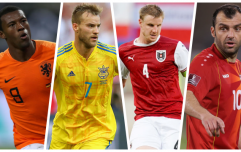 END_OF_DOCUMENT_TOKEN_TO_BE_REPLACED

Cruyff's step-father was a groundsman at Ajax Amsterdam and it was at that club where he made his name. During his first incarnation with Ajax, he won six league titles, three European Cup trophies and countless individual awards.

He moved to Barceolna in 1973-74 and won La Liga with them. That summer, he was expected to help The Netherlands to World Cup success but his side fell short against Germany in the final.

During that tournament, the world bore witness to what Dutch pundits had coined 'Total Football' - in short, players were interchangeable within their positions and were allowed freer roles around the pitch. We

Cruyff was the Dutch side's leader, and inspiration. 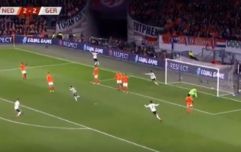 END_OF_DOCUMENT_TOKEN_TO_BE_REPLACED

They were rocked when he opted not to participate in the 1978 World Cup finals. He retired from international football in 1977, winning 48 caps and scoring 33 goals.

He continued to sparkle for his club. Cruyff remarked, in the past, that he took no pleasure from tap-ins or simple goals. Football was a beautiful game and it was the duty of its most talented stewards to deliver that beauty as often as possible:

He enjoyed a spell with American soccer sides before returning to The Netherlands, via Levante, for stints with Ajax and Feyenoord.

He managed Ajax for three seasons, overseeing the development of Frank Rijkaard, Danny Blind and Marco van Basten, before taking over at Barcelona and delivering their first ever European Cup, in 1992.

Cruyff had survived two previous battles with cancer but ultimately could not shake the ravages of that disease.

Tributes have flooded in for the Dutchman since he passed away at his family home in Barcelona.

Johan Cruyff. Extraordinary player. One of the best ever. Had the privilege to play with him twice. RIP

Very saddened by the passing of Johan Cruyff - a dear friend unbelievable player and a national hero!!

Johan Cruyff one of the most influential figures on our game we've ever seen. RIP

You may also like
2 years ago
Serge Gnabry takes van Dijk for a ride and rifles shot into top corner
3 years ago
Memphis Depay seals Dutch win with beautiful panenka penalty
3 years ago
Irish hockey coach Graham Shaw sticks it to Holland after Spain win
5 years ago
Even the Dutch national team is taking the piss out of their 'new' Van Gogh-inspired shirt
5 years ago
Dirk Kuyt reportedly duped by elaborate Dutch diamond con
5 years ago
Player ratings: Robbie Brady's orgasmic left foot leads the way as Ireland draw 1-1 with Holland
Next Page