"I totally understand and respect the external noise and questions that have been coming my way."

Steven Gerrard responded to criticism that questioned his "integrity" ahead of Aston Villa's final game of the season against Manchester City at the Etihad Stadium.

The Liverpool legend said his focus is on the Villa but said it would be "fantastic" if he helped his former side in the Premier League title race with a positive result. 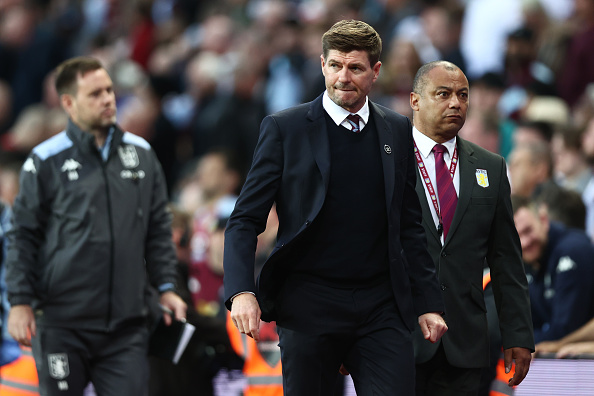 END_OF_DOCUMENT_TOKEN_TO_BE_REPLACED

Gerrard's side are in 14th, however, a victory against Man City on Sunday could potentially result in Villa finishing in the top half of the Premier League.

The 41-year-old would like to reward his supporters with a positive result against Pep Guardiola's side.

“We’ve got three massive points to play for. We’ve got the opportunity to finish on a high at the end of the season," Gerrard told reporters.

"It would be nice to reward our supporters with something at the weekend." 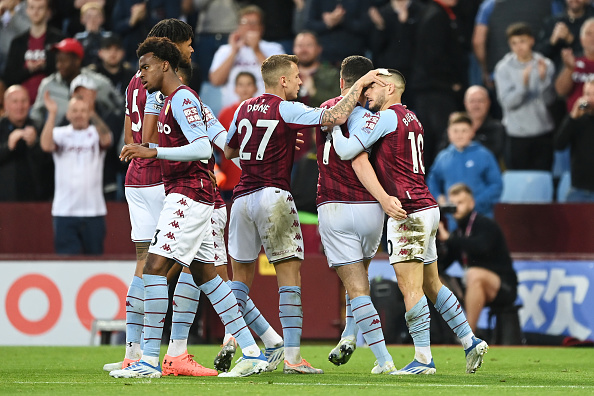 END_OF_DOCUMENT_TOKEN_TO_BE_REPLACED

Gerrard addressed his affiliation with Liverpool ahead of the City clash, although, he was disappointed that people questioned his "integrity" ahead of the match.

The former England captain said it would be "fantastic" if he helped Liverpool win the league, but his sole focus is on Aston Villa.

“In terms of Liverpool, I totally understand and respect the external noise and questions that have been coming my way for some time," Gerrard added.

“They’re involved in a title race and I spent a lot of time there. But it’s disappointing when people mention integrity aimed at me or Villa or any of my players. We’ll go out at the weekend and we’ll give it everything we’ve got to try and get points for Aston Villa and our supporters.

“If that inevitably helps Liverpool then fantastic. But my priority is to try and get points for Aston Villa.” 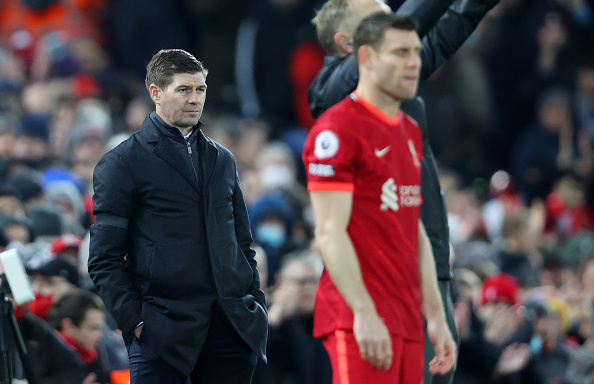 Aston Villa face Man City at the Etihad Stadium on Sunday, with kick-off at 4 pm.


popular
Liverpool set £60m Mo Salah price as contract talks continue
Two All-Ireland quarter-finals to be streamed exclusively live on NOW
Patrick Vieira claims he was 'much better' than Roy Keane in new interview
QUIZ: How many of the 10 most successful football counties can you name without making a mistake?
Matt Le Tissier says he asked Sky Sports why they never sacked Jamie Carragher
Ex-Real Madrid defender reveals he used to turn up to training drunk
Éamonn Fitzmaurice explains Aidan O'Shea's best position and how it can be used against Kerry
You may also like
4 days ago
Josip Juranovic may depart Celtic as Premier League clubs chase transfer
4 days ago
Rio Ferdinand on the four Man United players who could be sold this transfer window
5 days ago
Glenn Whelan highlights Rory Delap's importance under 'Pulis-ball' at Stoke City
5 days ago
Burnley name their price for Nathan Collins with two Premier League clubs interested
6 days ago
Chelsea ready to 'make move' for Raheem Sterling
6 days ago
Investigation launched into Granit Xhaka booking after huge bet placed
Next Page