"I want people to come to the Aviva Stadium and look forward to going and watching this team."

It's unprecedented how often we have used the word unprecedented in the last few weeks. That the new Irish soccer manager's first press conference was conducted in the sitting rooms or home office of the assembled press, barely broke a stride in most people's day. The new normal has barrelled into everyone's life unexpectedly and enforced major changes on how everything operates. Stephen Kenny's first line this afternoon was to question whether he should even be sitting in front of a webcam speaking to us. He is, because as he says himself "people sometimes need something to look forward to". If he is true to the words delivered today, the new normal for the Irish football team gives plenty of people exactly that. This feels like something new. Unprecedented hope.

Kenny's purgatorial reign as u21 manager of the Irish national team came to an abrupt end last week. The suspension of the Senior outfit's Euro 2020 Playoff Semi-Final against Slovakia beyond the first of August saw Mick McCarthy's second reign as Ireland manager come to an end in bizarre fashion. It was a strange arrangement in its inception; Kenny patiently waiting to ascend to the throne. It descended, like so much of the sporting season has, into a period of limbo before swift, decisive action was taken. Kenny will now take control of the Senior side for the Slovakia semi-final, any potential final arising from that game, the Nations League fixtures and then into the World Cup qualification period from next spring. 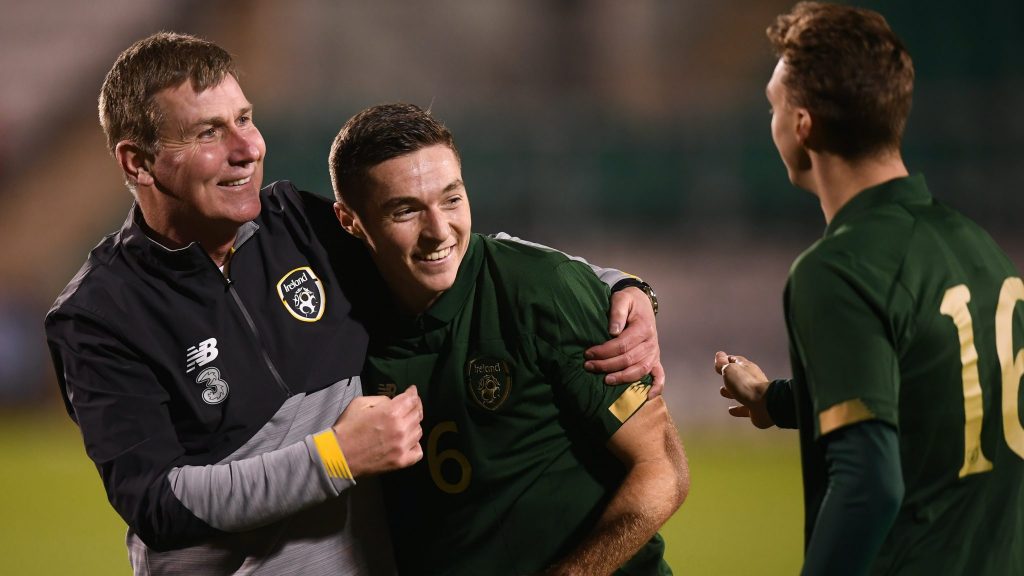 The tendency among fans will be to assume that as Kenny graduates to the Senior role, so too will many of his exciting crop of young talent at u21 level. The likes of Troy Parrott and Aaron Connolly have already made those bows, while players such as Jayson Molumby and Adam Idah cannot be far from doing the same. The tendency of previous managers has been for players to not knock on the door for a first international cap, but for them to either break it in with a battering ram (see Aaron Connolly's brace against Spurs) or for the clamour around them to grow to such a point that the manager has no option but to play them (Troy Parrott). Kenny was unequivocal that that wouldn't be the case;

"Well I think it's important that you don't let other people dictate your team as well, and sometimes they do by putting... Just because somebody gets an opportunity  and another player doesn't, does that mean he should be rated above the player who didn't get an opportunity?

"I don't want to manage the Irish team based on a table, a mathematical table based on who's got the number of appearances for a certain club and then therefore they should be in the team rather than someone who has less appearances for a different club. So I don't want to manage like that. I want to have a clear vision of what I want and what players fit into what I want.

"I don't want to manage based on the law of marginal returns if you like... There is no law, I just invented that law by the way, just so you know that! It's based on a league table for example as I spoke about some player might have played an amount of games and therefore they have the divine right to play over someone who has played less."

Whether it's an invention or not, it's a marked shift from Mick McCarthy's copper-fastened game-time rule that was so often volleyed back at questions around any potential new player. Because with a system like that, reactive in its nature, talented players are bound to slip through the cracks. Many Irish fans lament the lost years of Wes Hoolahan, but the same thing has been occurring for years in the Irish set-up, something that Kenny brings up unprompted;

"As a nation, just going back a number of years even, I think... Matt Doherty, for example, is 28 and John Egan is 27, and they both actually only have... Matt Doherty only has two competitive starts for Ireland and John Egan only has two and a half because he came on at half time in Denmark. It's hard to fathom that, because three years ago John Egan went for four million to Sheffield United from Brentford, and in my eyes he was probably ready then to play in our first team. And it's not been a Matt Doherty-Seamus Coleman battle because Matt Doherty can play left back, right back and has played in advanced positions as well, and other players have played in those positions over the years ahead of Matt".

END_OF_DOCUMENT_TOKEN_TO_BE_REPLACED

It's interesting that he chooses these two players, because they play for clubs that get a number of mentions from Kenny over the course of the interview. Sheffield United and Wolves, both in the top six of the paused Premier League and widely-lauded for their respective styles of play. Outsmarting teams with deeper pockets and larger resources. Playing exciting football. Getting results. There is no coincidence in the fact that Kenny admires these teams. He left his u21 side atop of their Euro 2021 qualification group despite going in as fourth seeds in the pool. 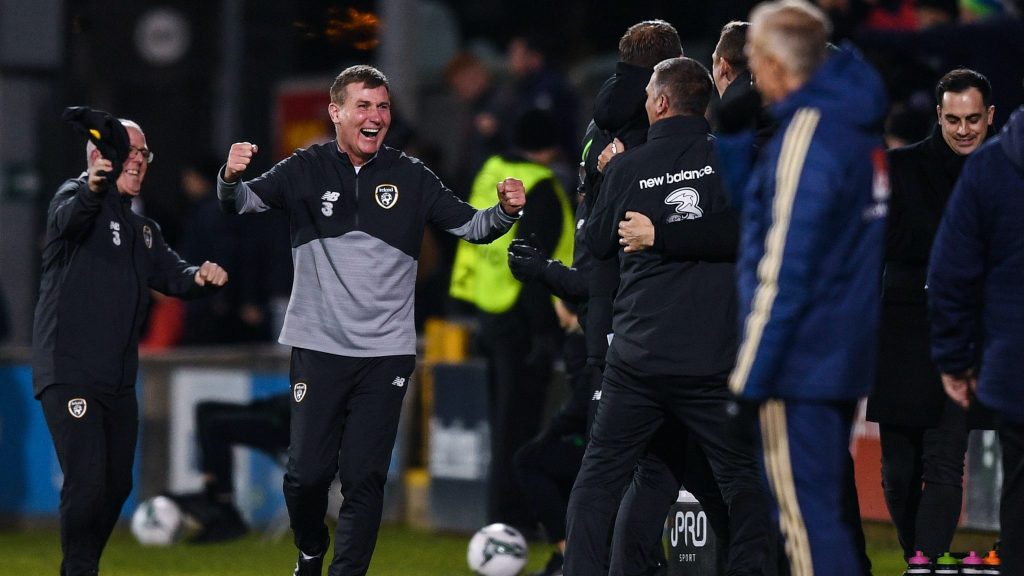 But in order to replicate that at Senior level, Kenny knows he can't throw the baby out with the bathwater. The bones of his squad may not change all that much. He has only spoken to the captain Seamus Coleman, no other Senior player, because he wants to "treat everyone equally". That ranges from stalwarts such as Glenn Whelan to youngsters such as Parrott and Connolly and also to players who have fallen below their best in a green shirt in recent years;

"We have a lot of talented players. Some players... It's difficult to know why, for example, someone like Robbie Brady three years ago was probably our most creative player and now at times hasn't got into the (matchday) 22. So, how has that happened? I think my job is to try and unlock the potential of the whole team and find out the best way of doing it. And that's what I see as my job."

Stephen Kenny may have doubted whether he should be in a press conference at all this afternoon, but he has no doubts about how he wants his Irish team to play. In terms of style, selection and message, Stephen Kenny brings a new type of uncertainty into the lives of Irish football fans. This feels like unexplored territory in a lot of ways, but some of the best discoveries were made in uncharted waters. Kenny is right; people do need something to look forward to. He's ready to give it to them. 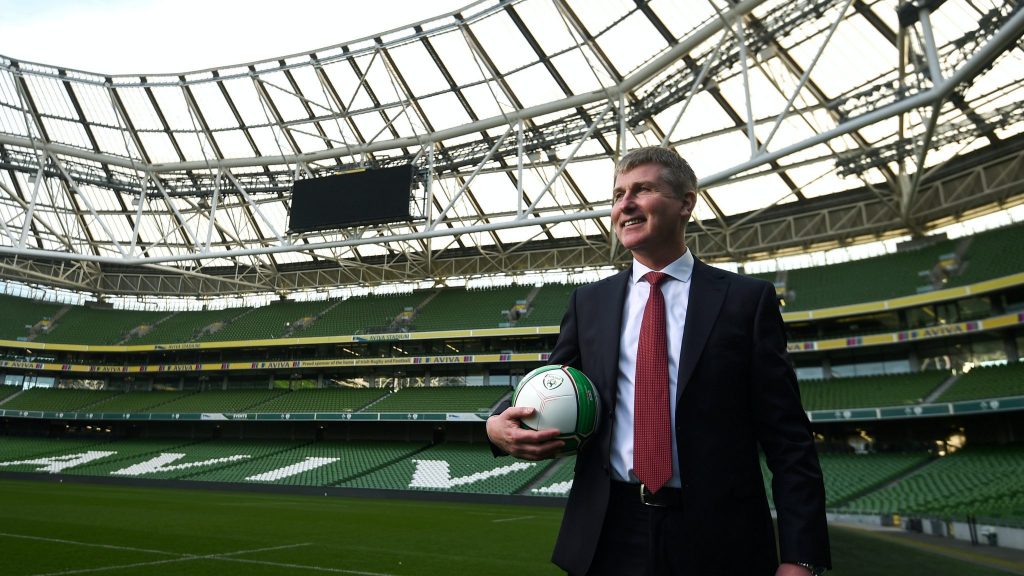